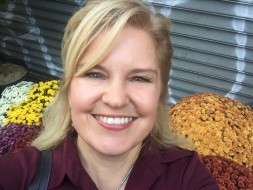 Full Bio
Humor has always helped me get through tough times, so it's only natural that I should be drawn to comedy. I've been hosting, filming and editing my own web series, LAURA LOVES NY, for several years on YouTube, and I'm an actor-singer Off Broadway. I directed and edited my first short, DINER THERAPY, during the Covid crisis of 2020 and never looked back.

In film, I received the NYU Craft Award for acting in SINCERELY YOURS, and I'm hitting festivals with DINER THERAPY. Currently crafting another web series called PAT THE PARK RANGER.

Life is a rollercoaster. Put your arms in the air and go, Woot

Other Languages Spoken
some spanish and ASL