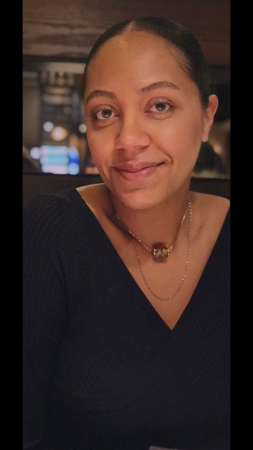 Associate Producer
Freelance
Full Bio
A Pittsburgh native turned New York transplant, Jade began her career in TV and film in 2013 after graduating from the University of Pittsburgh. Driven by her love of first-rate films and captivating TV, she started small on various ultra-low budget projects and lent her face to the big screen as an extra. She landed an opportunity to assist in the production office of the hit Lifetime show Dance Moms and decided moving to a larger market city would afford her better opportunities to advance in the industry.

Since moving to New York in 2015, she garnered experience at ITV Studios, consulting with producers and production managers on camera, audio, and lighting packages for over 50 highly rated unscripted shows like Netflix_x0019_s Queer Eye and HGTV_x0019_s Fixer Upper. She left the corporate production world in 2018 to begin a freelance production management career where she worked on set for shows like Bravo_x0019_s The Real Housewives of New York City and The Real Housewives of New Jersey. She transiti

Crew Up Survey
Willing To Travel: Yes
Has Own Equipment: Yes
Has Insurance: Yes
Other Languages: No