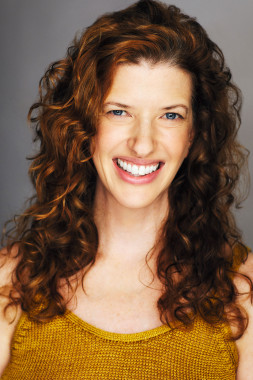 Director/Producer/Writer/Choreographer/Actor
Freelance Director/Producer/Writer/Choreographer/Actor
Ashley Wren Collins is a director/producer/writer/choreographer/actor who believes women are changemakers and is addicted to working with passionate collaborators to create dynamic, diverse, and engaging stories. Recent directing/producing: i only miss you when i_x0019_m breathing.
Full Bio
Ashley Wren Collins is a New York City-based director, producer, choreographer, actor and writer. She received her BA in English and Theatre Arts from the University of Pennsylvania and her MFA from the American Repertory Theater/Moscow Art Theater School IATT at Harvard University.

Collins joined forces with Chasing Taste screenwriter Lori Fischer and country star Phil Vassar to co-produce and direct the short film, i only miss you when i'm breathing. Lori Fischer and Phil Vassar also star. i only miss you when i'm breathing is inspired by the true story of country legend Freddy Weller, and his wife Pippy. It features original music from Phil Vassar and Freddy Weller. It had its world premiere at the 2019 Nashville Film Festival and recently played the Rome Interna

Professional Credits
With regard to film/TV/new media:

Director, Co-Producer - i only miss you when i'm breathing (2019, short film)

Other credits to note:

-published author of 4 books (most recent, Along Comes the Association: Beyond Folk Rock and Three-Piece Suits, Rare Bird Books, 2020)

Multiple awards for the stage (acting, choreography) and writing, including an Edward F. Albee Fellowship.

Other Countries Worked In
Lived in Russia for graduate school. Traveled extensively.

Other Languages Spoken
Languages are mostly conversational level only.