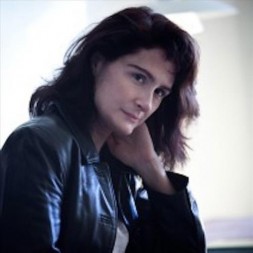 -Writer, Producer, Director, HAPPY HOUR: a short film based on a poem, narrated by Julianne Moore.

HAPPY HOUR is a lush, elegiac film about an extremely difficult subject and Ms. Claggett handles it masterfully.

- HAPPY HOUR was recognized as a Winning Finalist in the Drama genre for the ItsFilm.com International Short Film Competition (2014)