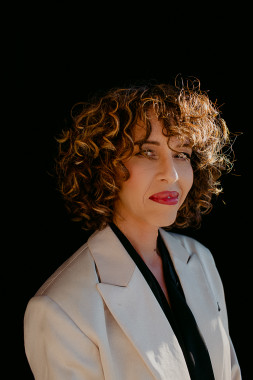 Principal
GeChar
Full Bio
Gina TherÈse Charbonnet is a POWER-HER-FUL Creator, Producer and Amplifier of Diverse Voices, with a tenure spanning over two decades, working in entertainment and production. Charbonnet is the founder and principal of GeChar, an established agency that is a premier resource in multi-media production specializing in empowering content and talent acquisition. She is the Executive Producer of Ma Belle My Beauty which premiered at the 2021 Sundance Film Festival and won the 2021 Audience Award. Charbonnet has an esteemed assembly of credits in feature films and documentaries, including Eve_x0019_s Bayou that she accredits with kickstarting her career.

Charbonnet has also served as a longstanding Executive Producer of the ESSENCE Festival, and as a Consulting Producer for Black Girls Rocks, and BET among others.

In addition to her work, Charbonnet has been featured in a number of interviews and podcasts, discussing her passion for producing content that Consciously Moves the Crowd and being a creative entr