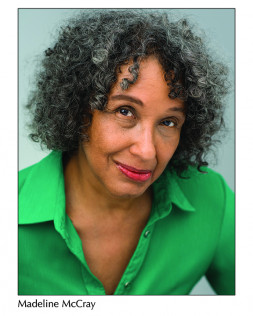 Actress, Producer, Writer, Personal Empowerment Life CoachFull Bio
Madeline McCray began her theatrical career at the Henry Street Settlement in New York. While studying there, she and a group of fellow actors founded the OLAC Ensemble Company. The experience broadened her ambition to include writing and producing. McCray continued to hone her skills at Gately/Pole Studios, studying the Meisner Technique with Rick Poole. She later took classes with acting coach Tom Brangle at Black Nexxus Acting Studio.

Ms. McCray is an original producer for Halley's Comet, having been on board as one of the three-person dream team...when the paper was white.