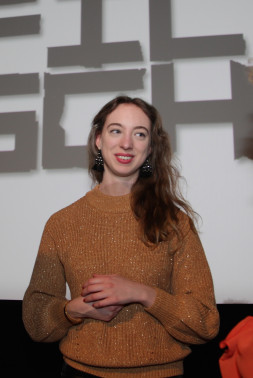 (She/Her)
Director/Screenwriter
Victoria is a writer/director from New York who has written and directed 5 short films. Professionally she has worked in various departments on TV and feature films productions. She has written two original pilot scripts which have received various accolades over the years.
Full Bio
Victoria deMartin is a writer/director from New York with a BFA in film from the Film Conservatory at SUNY Purchase College. She has written and directed five short films and recently directed her sixth. Each of her short films have screened at festivals nationwide, most recently screening at Austin Film Festival in 2021. Her historical short film, “Winter Rye” aired on PBS-KCVR and won best short period piece at The Garden State Film Festival. Her pilot script “En Tournant” has garnered attention from the Sundance Episodic Lab, The New York TV Festival, BluCat Screenplay Competition, Launch Pad Pilot Competition, Script Pipeline, JHRTS Script Competition (winner, pilot category), and recently one of four High Scribe finalists at the Sun Valley Film Festival in 2021. Victoria is also a pre-professionally trained ballerina and has been dancing for 25 years now.

Other Countries Worked In
Hungary