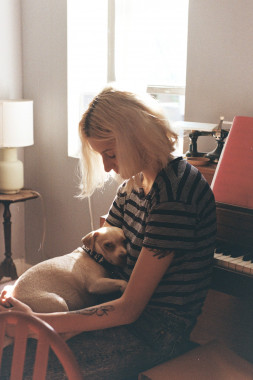 (She/Her)
Freelance director
Madeline Leshner is a Brooklyn based filmmaker, graduate of NYU Tisch class of 2016, and a Los Angeles native.
Full Bio
Madeline was born and raised in Los Angeles. She has been living in New York since graduating from NYU Tisch s undergraduate film department in 2016. She has directed work for Gucci and Garage Magazine as well as numerous independent short films and music videos. Her thesis film, Factory 91, landed her the award of Best Director at the 2017 Art of Brooklyn Film Festival.

Gas Gets In Your Eyes (short) - Directed, Produced, and Edited by Madeline Leshner