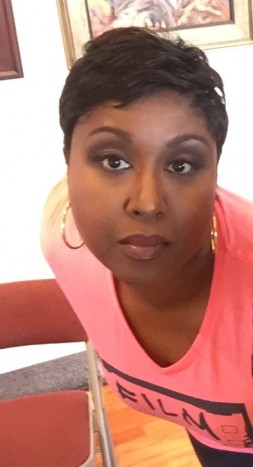 (She/Her)
Owner
Little Known Stories Production Company
Monda Raquel Webb is an author, poet, award-winning filmmaker, and performing artist. Artistry is intertwined in the sinew of her DNA. Monda is a humanitarian, who feels deeply about societal ills and strives to make the world a better place through literary and visual mediums.
Full Bio
MONDA RAQUEL WEBB is an award-winning author, filmmaker and performing artist. She is an independent storyteller dedicated to telling little known stories hidden in the crevices of history's pages. A visual archaeologist, she’s committed to organic storytelling from a woman's lens, that elevates, educates, and uplifts humanity.

After graduating with a degree in Broadcast Journalism from the University of Rhode Island in 1990, Monda began her production career as a traffic coordinator for City Cable 16, a municipal channel in Washington, DC. She quickly climbed the ranks and served in all aspects of production, from grip, to production assistant, to producer to on-air talent. As producer, she won awards from the National Association of Telecommunications Officers and Advisors (NATOA) for Production in several different categories.

Currently Monda combines producing, writing, performing and publishing under her consulting company, Monda Media, LLC, where she pursues her passion for the written word, spoke

Other Languages Spoken
Some French, Some Spanish