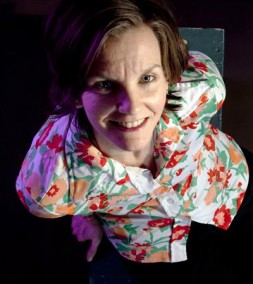 EditorFull Bio
Jill Woodward is a filmmaker and freelance editor. Recent highlights include This is Paris, a feature documentary selected for the 2020 Tribeca Film Festival, the Netflix documentary Get Me Roger Stone, and the A&E Indie documentary Divide & Conquer: The Story of Roger Ailes, executive produced by Alex Gibney.

Jill has also edited segments for PBS, videos for organizations such as the U.S. State Department, TIME.com, plus her own independent short films.

Jill began her broadcasting career at CNN in Atlanta, and transferred to CNN-New York in 1999. During her tenure she covered Hurricane Katrina, the September 11th attacks, wars, major U.S. elections, the entertainment industry, and financial news. She edited award-winning coverage which garnered Emmy, Headliner, Dupont, and Loeb Awards.

In 2006 Jill Woodward moved to Amsterdam and wore two hats: radio news producer and documentary film editor. She worked for the English language newsroom at Radio Netherlands Worldwide, sharpening her writing and interv

Professional Credits
This is Paris, Editor on feature documentary selected for 2020 Tribeca Film Festival, and premiered on YouTube.

China Queer, Editor on documentary for Fusion TV about LGBTQ people in China.

Journey Without a Map, Director/Editor on short documentary on an Afghani asylum seeker in Greece. Screened at Socially Responsible Film Festival in New York in 2018.

Duda: Jolana's Story, Editor on historical documentary on the life of a holocaust survivor.

Crew Up Survey
Willing To Travel: Yes
Has Own Equipment: Yes
Has Insurance: No
Other Languages: No