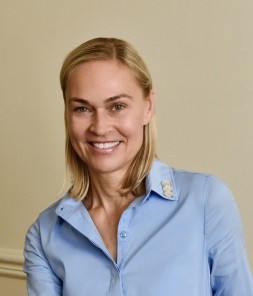 M.Y.R.A._x0019_s inspired alchemist with a lifelong passion for art and aesthetics. Joined the U.S. company in 2016. Originally from Germany and holder of an additional citizenship to the United States. Has lived in the United Kingdom, France and Italy. Worked two decades for major financial institutions on Wall Street. Alumna of Parsons School of Design and Princeton University. Opera fan, avid golfer and obsessed Bridge player. Resides in New York.