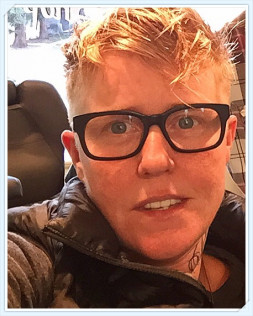 Director
opening band films, LLC
Sini Anderson is a NYC based feminist filmmaker working in Documentary and Experimental Film
Full Bio
Sini Anderson is an award winning film director, producer, video art maker, and feminist art activist who lives in New York City. Her first feature length film, The Punk Singer -a documentary about Kathleen Hanna, premiered at SXSW in 2013 and was acquired by IFC Films. The Punk Singer received a theatrical release in 118 American cities and in 25 countries around the world. Sini is in the final phase of her second feature length film, So Sick (2014-2020) . The documentary is an exhaustive look at women who are suffering so called _x001C_mystery illnesses_x001D_ like Late-stage Lyme disease, Fibromyalgia, ME/Chronic Fatigue. 50 Million Americans been diagnosed with Autoimmune Illnesses, 80-90per cent of them are Women. So Sick uncovers infuriating truths behind women_x0019_s health care and calls bullshit on American Medicine, who_x0019_s non-compliance with federal law demanding Equality within government funded research, has only stoked the myth of _x001C_hysterical women_x001D_ who making themselves sick.

Catherine Opie b. 1961, a documentary short produced by LACMA Productions 2018

So Sick, a feature documentary currently in production