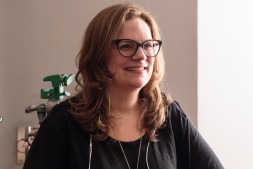 Cynthia Silver is an NYC-based stage and film director and acting teacher.
Full Bio
As a filmmaker, Cynthia directed the first season of ADULT: the series, created by Tatienne Hendricks-Tellefsen, which has screened at the 2018 Hollyweb Festival, Lower East Side Film Festival, Brooklyn Women_x0019_s Film Festival NY Web Fest, and won the Audience Choice Award at Indieworks in New York City. Cynthia has also directed two short films for Made With Sass: SLEEP TRAINING, written by Anna Ziegler and SIBS, written by Samantha Slater which collectively have screened at a variety of festivals including Soho Film Festival, Edmonton Film Festival, and USA Film Festival. She recently completed her third short, CHEMISTRY, written by Charlotte Martin, which premiered at Big Apple Film Festival in February of this year, and is in post-production for the short film adaptation of Wendy MacLeod_x0019_s one-act play, THE SHALLOW END, which landed her on the short list for AFI_x0019_s 2017 Directing Workshop for Women.