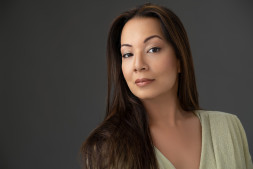 (She/Her)
Actor/Director/Writer/Producer
Maria Soccor Productions, Inc.
No
Full Bio
As a producer and director on her acclaimed documentary feature film, Lords of BSV, which won 13 awards across the world, and her 2018 Cannes Film Festival entry Kicks, which she wrote and directed, Maria Soccor is demonstrating her outstanding talent behind the camera, while simultaneously continuing to distinguish herself as a successful actress.

This year, Soccor is continuing her amazing success as the recipient of the 2020 Hell's Kitchen NYC Festival Female Filmmaker of The Year Award. In 2019, she made history at the Venice International Film Festival as the producer of the first VR theatrical play, LOVESEAT.

With Kicks, Soccor made her Cannes debut with a timely film about racism as cultures are further divided by President Trump's controversial travel ban and immigrations policies. Kicks is currently screening on the ShortsTV cable and satellite television channel for the US.

Lords of BSV, which captures the inspiring story of the breathtaking Brukup dancers in the Bedford-Stuyve

Female Filmmaker of The Year

Best Cinematography in A Documentary

Best Director of a Feature Documentary

Best Music in a Feature Film

Crew Up Survey
Willing To Travel: Yes
Has Own Equipment: No
Has Insurance: Yes
Other Languages: No