Letter from the Executive Director – November 2019

I woke up at 4:00 am today thinking of my auntie Emma Dominich. She lived on Long Island and as a girl I admired her for being the most impeccably dressed woman I knew. She’d often send word that she couldn’t attend a Sunday family gathering because she had a Ladies Lunch. My mother’s annoyance sent a crystal clear message: if those Ladies spent less time lunching and more time working for what they believed in, a lot of our communities would be in a better place. I used to think, ‘what is wrong with pretty little sandwiches and petite fours?’ NYWIFT’s holiday Muse Awards luncheon always feels like the best of both my mother’s and my aunt’s worlds. NYWIFT developed the MUSE Awards in 1980 to recognize the extraordinary talents and accomplishments of women who not only excel in the media and entertainment field, but also create opportunity for other women in our industry.

We are thrilled to recognize: Gloria Estefan, Ann Dowd, Kasi Lemmons, Anjali Sud, Shoshannah Stern, and Jane Rosenthal as the newest MUSE recipients. Please see our announcement here in The Hollywood Reporter. The event is a colossal undertaking. During the many planning meetings the NYWIFT team has organized, one thing is clear to me as a newcomer: insider women from a variety of industry positions come together to salute the best in our business. If you have ever seen a colony of bees or ants working against the odds to move something along, that is what I have witnessed for weeks on end.

Please buy your tickets today!  The MUSE tickets make a great holiday gifts for friends, teachers, preachers, or your favorite film student. If you are planning to give a ticket to someone particularly deserving within your community — please email muse@nywift.org. We have a limited number of tickets that we can offer at special price.

As you know, award ceremonies aren’t the only things we do at NYWIFT. During my first year as executive director below are a few highlights since my Spring ED letter to you: 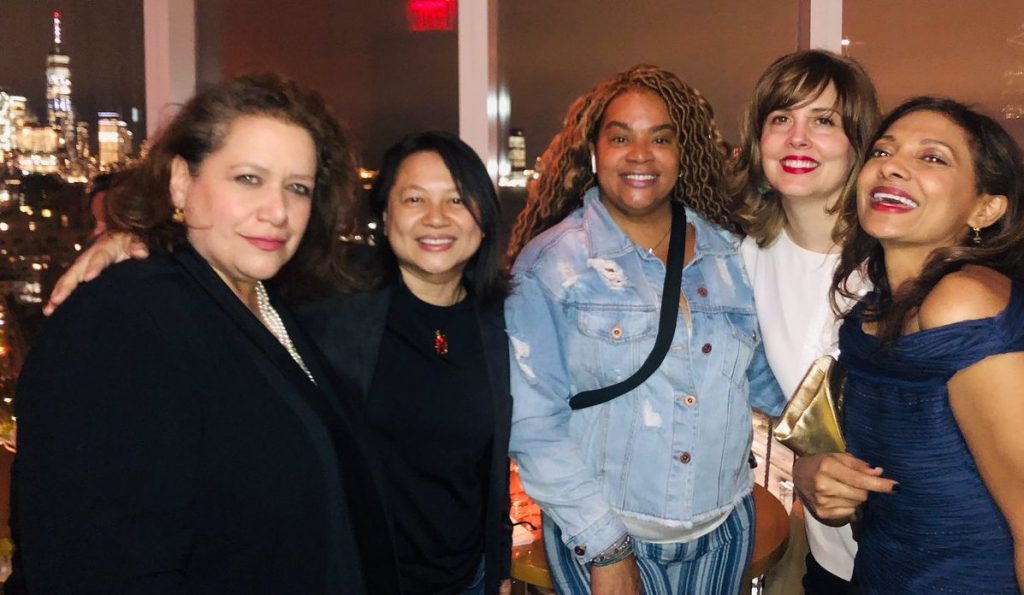 Cynthia with board members Casper Wong, Flo Mitchell-Brown, Kathryn O’Kane and member Mellini Kantayya at the Top of The Standard

And those are just the highlights…

On other fronts, I’d like to send a special thank you to DocNYC, Thom Powers, Raphaela Neihausen and Sheila Nevins for the incredible honor – I so appreciated receiving the 2019 Leading Light Award on November 7th at Gotham Hall. Thank you to the documentary community that works so diligently every day to educate, demonstrate and activate people with their work. I consider myself privileged to have worked with so many of you! 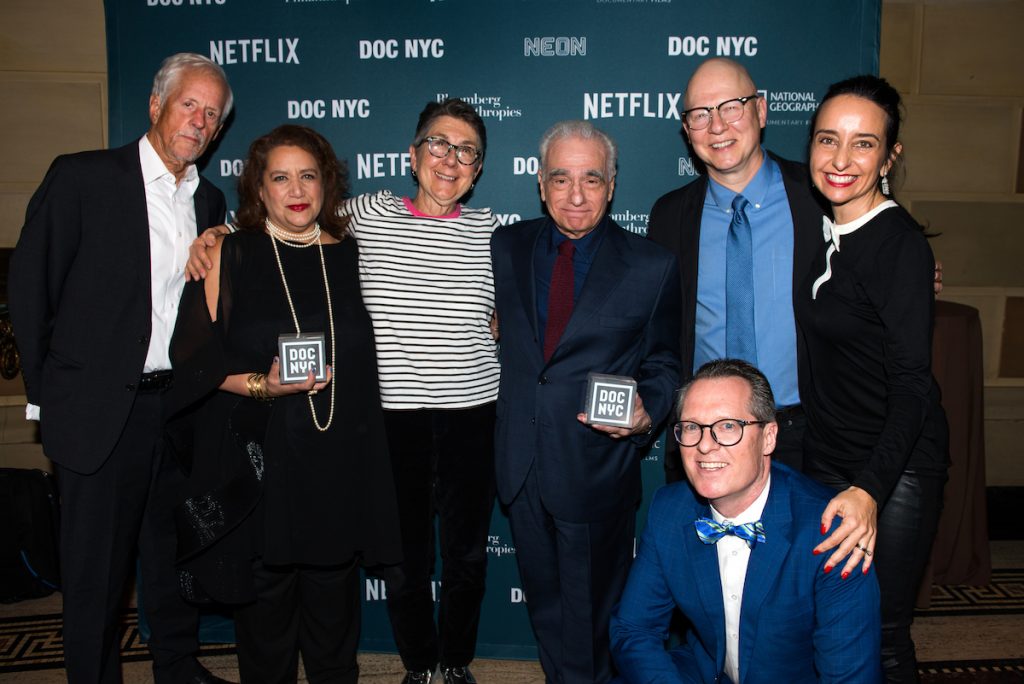 I’m getting tired now, I always try to write in the wee hours when I am sleepless. MUSE planning … we are still working on closing our corporate partnerships and the program guide and I need to organize my holiday recipes and there is just so much to do — days seem to turn into minutes. This year we are driving to the woods for Thanksgiving and I will be working on MUSE table seating, so please buy those tickets now!