Join us for this month’s virtual NYWIFT Member Screening, our Summer Shorts Program showcasing six short films from a variety of genres, all featuring the work of NYWIFT members.

The films will be available to all who register to view via an exclusive link at any time throughout the weekend of August 20th. Then, join us for a special Q&A with the filmmakers on Zoom.

Please register in advance in order to receive the links.

The NYWIFT Member Screening Series provides members with the opportunity to show their work in a theatrical setting (or in this case, a virtual theatrical setting). We hope you will join us in celebrating the work of our talented NYWIFT members!

Cost: $5 for NYWIFT members; $7 for non-members

Please note: if you would like to bring a guest, the guest must be registered separately with a separate email address – links to view the films are individually crafted for each registered email.

A painfully shy woman is pushed to the brink of insanity by a friendship she should have ended long ago. 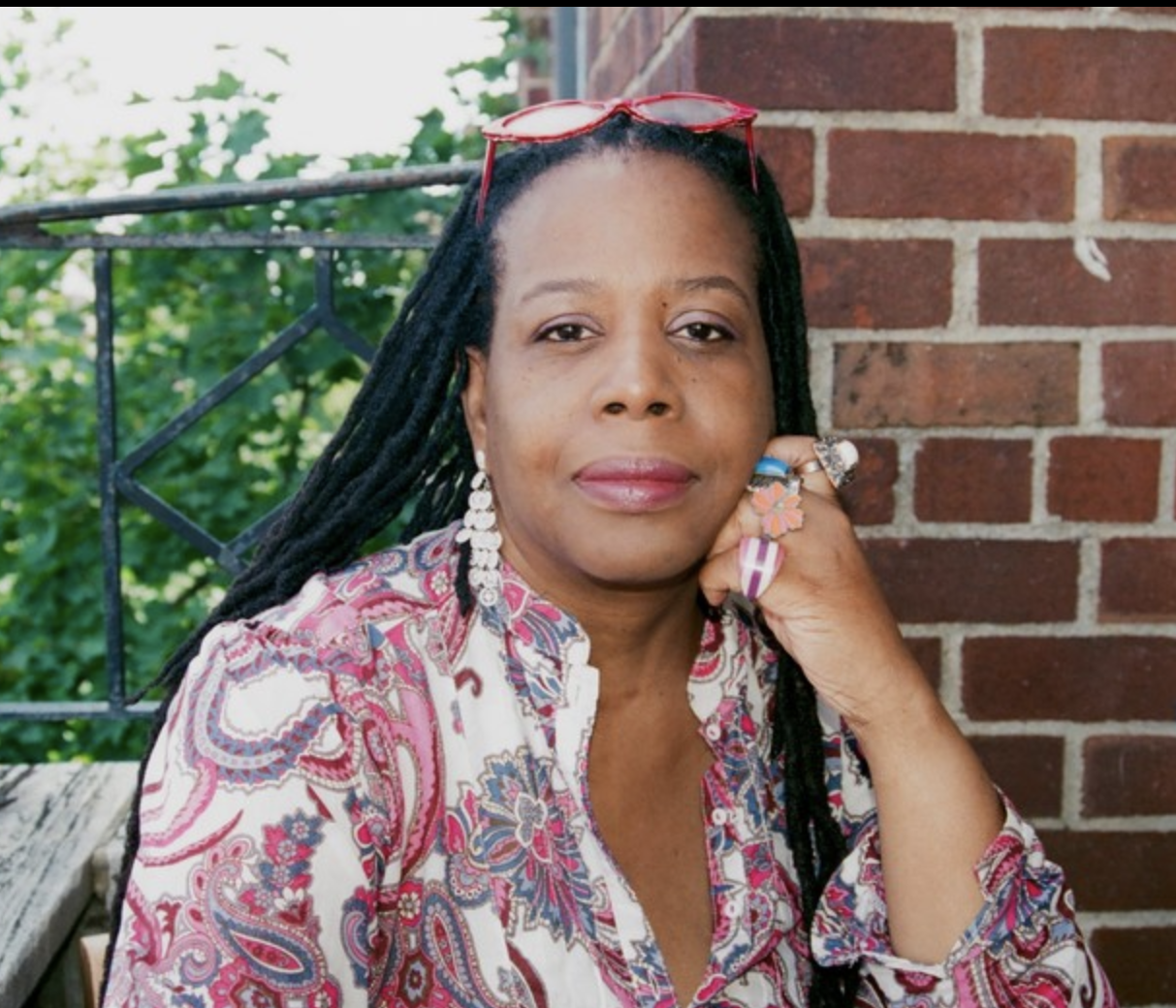 Laura Fielder (Director) is a writer/director who initially created stories for her three daughters, given the dearth of quality stories for young Black girls. Her debut film Milan’s First Day (2015), was based on her youngest daughter’s school experience. After discovering the soul-scorching and brain-melting stories of Japanese anime and manga, Laura moved away from “parental respectability politics” in her storytelling. Thus began her journey deep into her shadow mind where she sculpts stories about human foibles and failings. Presently, Laura is working on her feature length narrative Han. Han is a coming of age story about an adolescent girl who discovers that she is a werewolf. 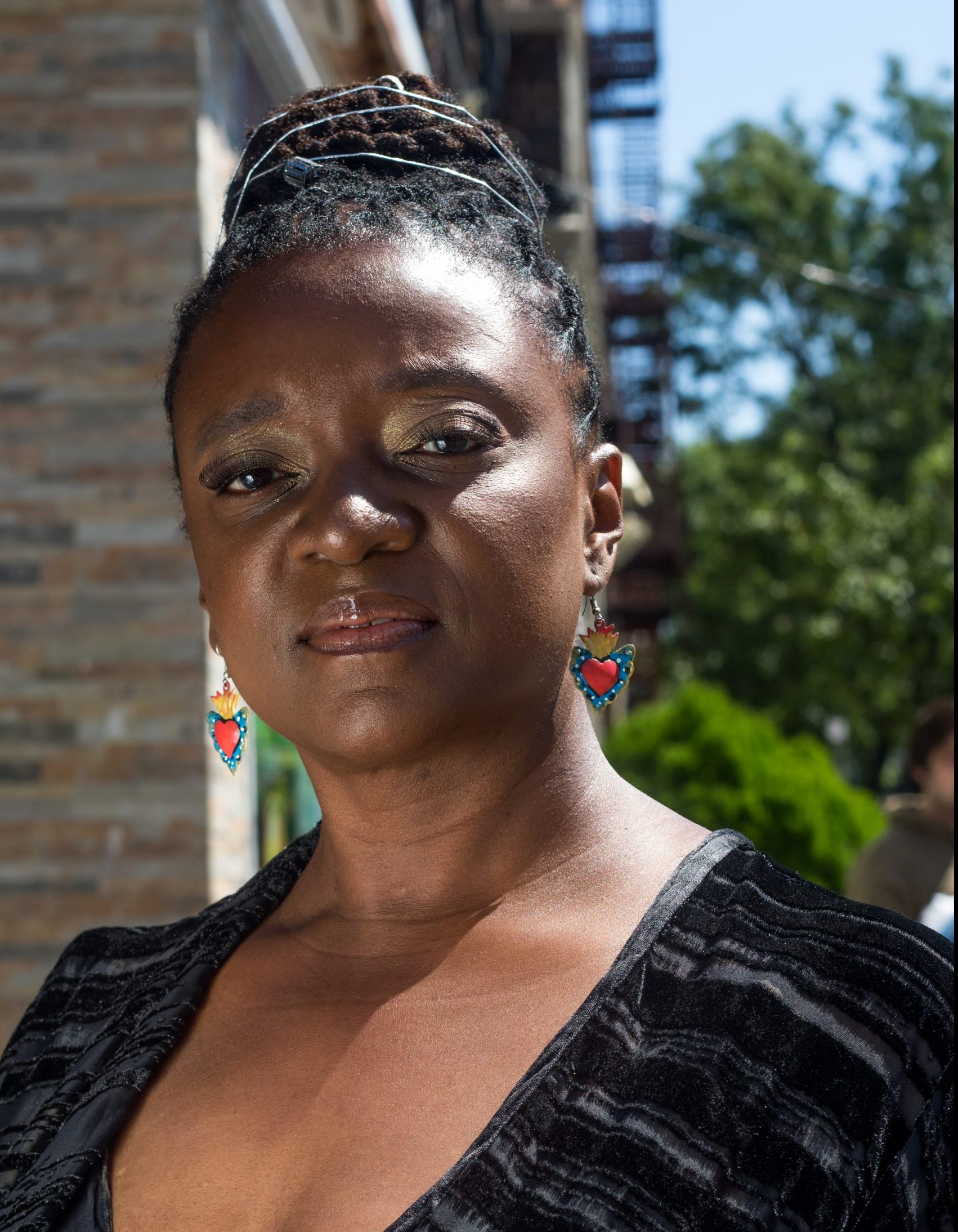 Selected as a NATPE Emerging Producer in 2018, Joanna White-Oldham (Producer) currently conceptualizes and develops unscripted programming for 13Brains, a Scott Sternberg affiliate. 13Brains sold its first show to a major streaming service last year. In addition to her unscripted work, White-Oldham has produced several short films, most notably, The Company You Keep, 3rd Place winner of NYWIFT 2020 Online Shorts Festival and The Takeover, Semi-Finalist, Dumbo Film Festival. She is currently developing two projects: Weathering, a surrealist and experimental short film and Back Spin, a feature. Learn more at www.jwomedia.com. 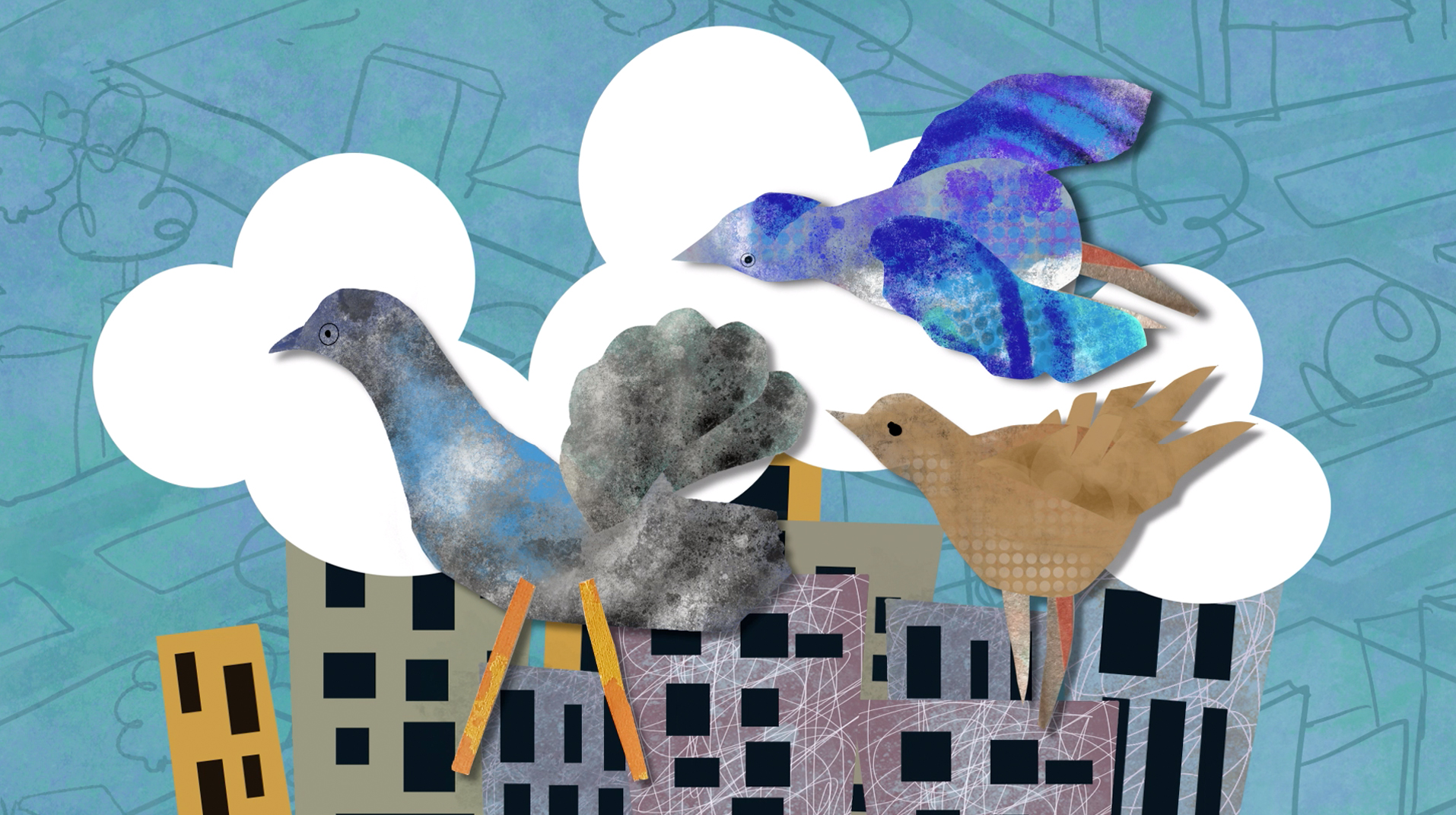 Moving is easier when you find your friends. Girl moves from the country to the city and it’s her feathered neighbors that smooth her transition. 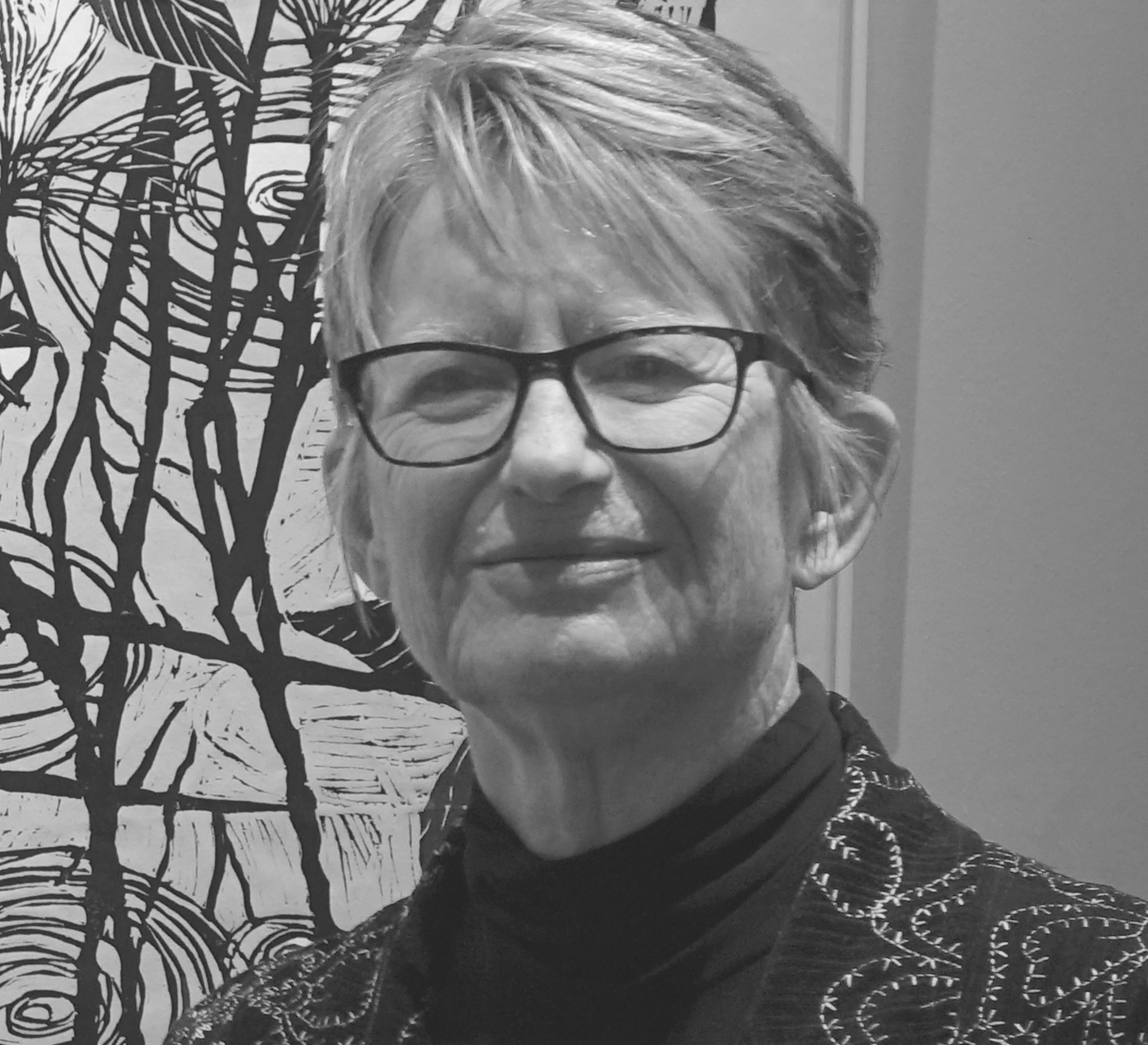 Kristin Reiber Harris (Director/Animator) is a teaching-artist and animator telling stories that help families connect to the wonders of the natural world when it matters most. Raised on an old farm in Northern Virginia, she loves to be outdoors, a trait her mother noted when she was just a toddler. Kristin has a unique perspective on finding nature all around us, something she proves every day now that she lives in Brooklyn. A devoted educator, she has worked with hundreds of students and her films have been screened all over the country. Follow Kristin’s work @anim8nature and KristinHarrisDesign.com

After agreeing to have dinner it becomes evident that Emilia and Kevin’s unspoken past is still at the forefront of this relationship. Emilia and Kevin’s love shines through, making the audience wonder what was it that bound them and why were they estranged for three years? 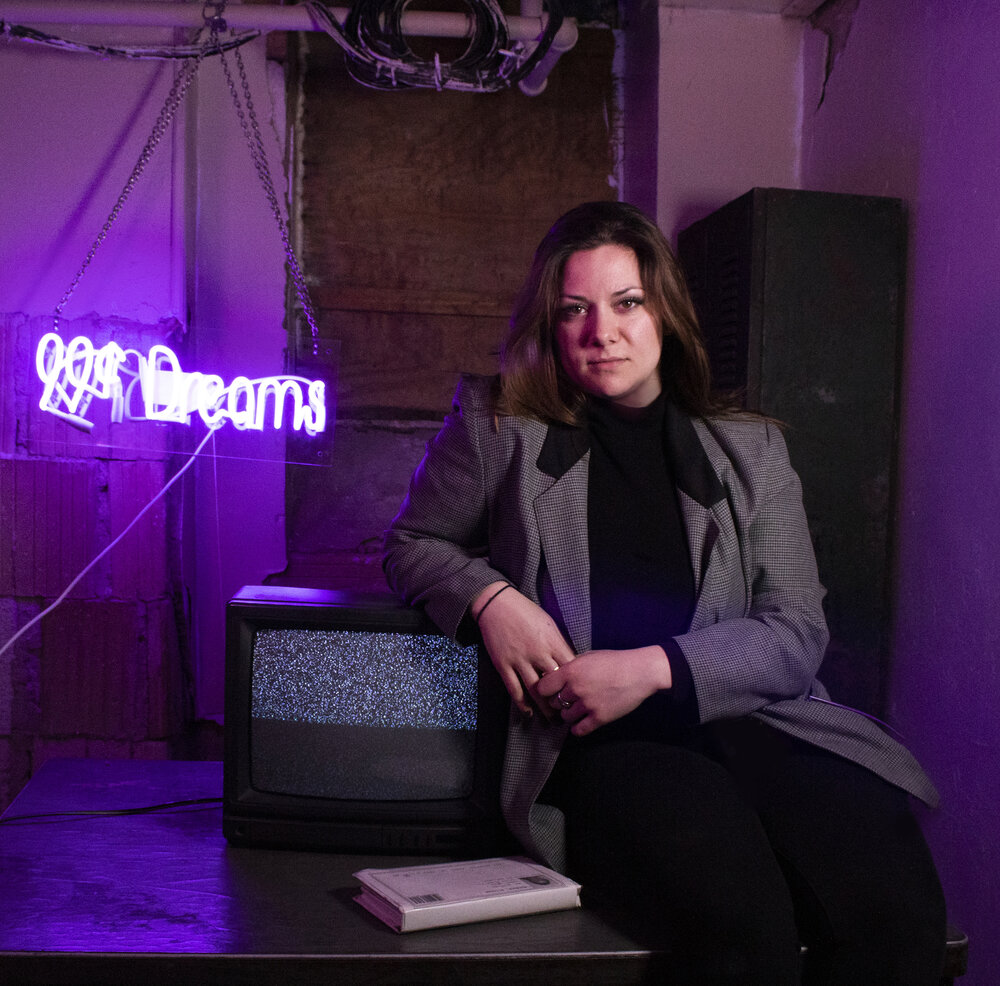 Jess Costa is a New York based writer and director with a BFA in Film & Television from NYU’s Tisch School of the Arts and is most known for her most recent short, 99𝇍 Dreams. She fell in love with filmmaking when she was 11. She is committed to telling raw, vulnerable stories and to always adding a sense of play to the creation process. At the root of it all, Jess wants to create, bring together our community, and share the work we love. Her work has premiered in Toronto International Short Film Festival, Big Apple Film Festival, Soho International Film Festival, amongst others. Find more of her work at jesscosta.com 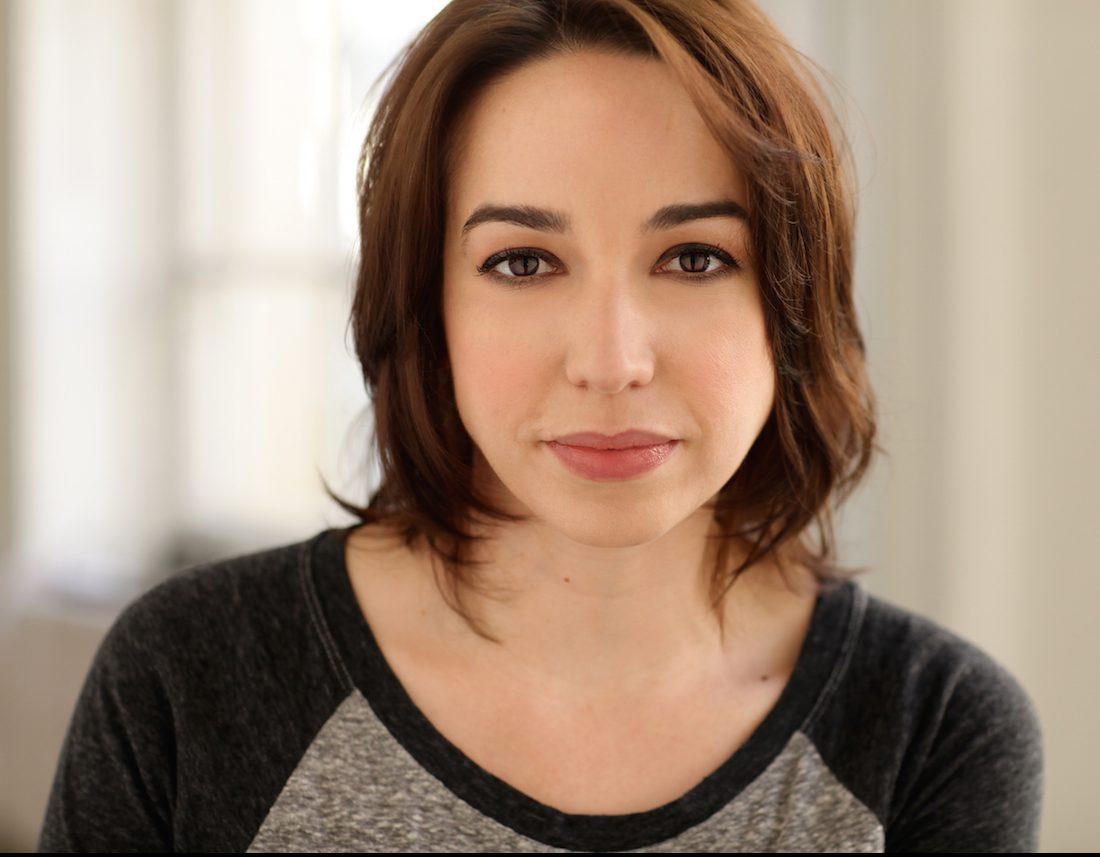 Nairoby Otero (Writer, Executive Producer, Actor) grew up in New Orleans. As a first generation American whose parents were immigrants from Cuba and Spanish as her first language, Nairoby quickly learned to embrace both her Cuban and American cultures. One way she was able to express her cultural diversity was through theatre. After attending Circle in the Square Theatre School and graduating from Marymount Manhattan College with a BA in performance, she began the pound the pavement reality that is NYC. After a few years of frustration in not having control over her artistic journey Nairoby founded YOLO! Productions; a production company that aims to enhance the visibility of women on stage, tv, and film. In 2019 YOLO wrapped its first film venture with the short A Second Embrace (official selection: Toronto Shorts International Film, Astoria Film Festival). Other productions include site specific productions of A Kid Like Jake, Animals out of Paper, and Danny and the Deep Blue Sea. Nairoby is best known for her critically-acclaimed one-woman show ‘Til Sunday, which and has toured regionally. Nairoby is currently in preproduction for her next film, More Than Words. Learn more at www.nairobyotero.com. 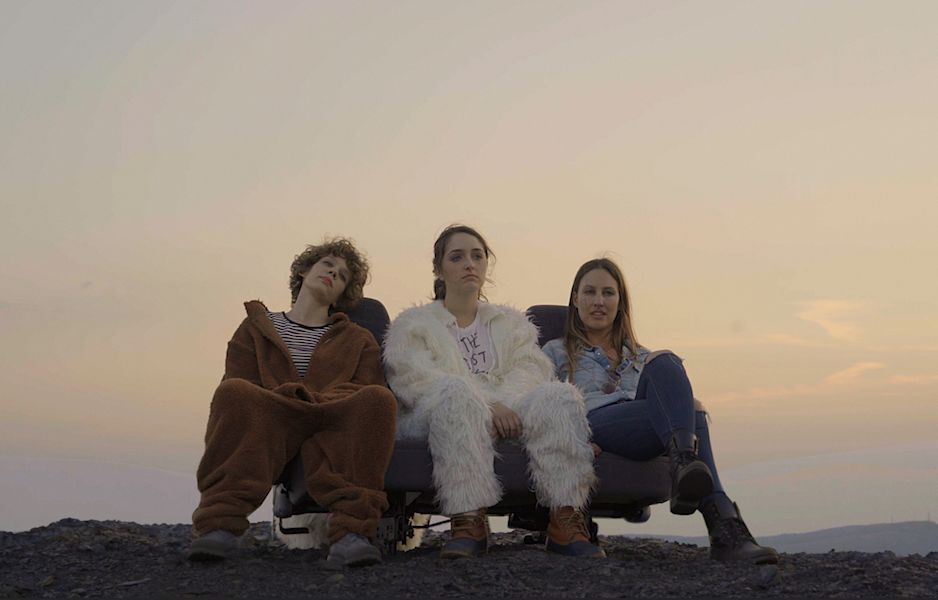 Two sisters search the local coal mountains for a friend who’s having a crisis, rediscovering the landscape of their youth. 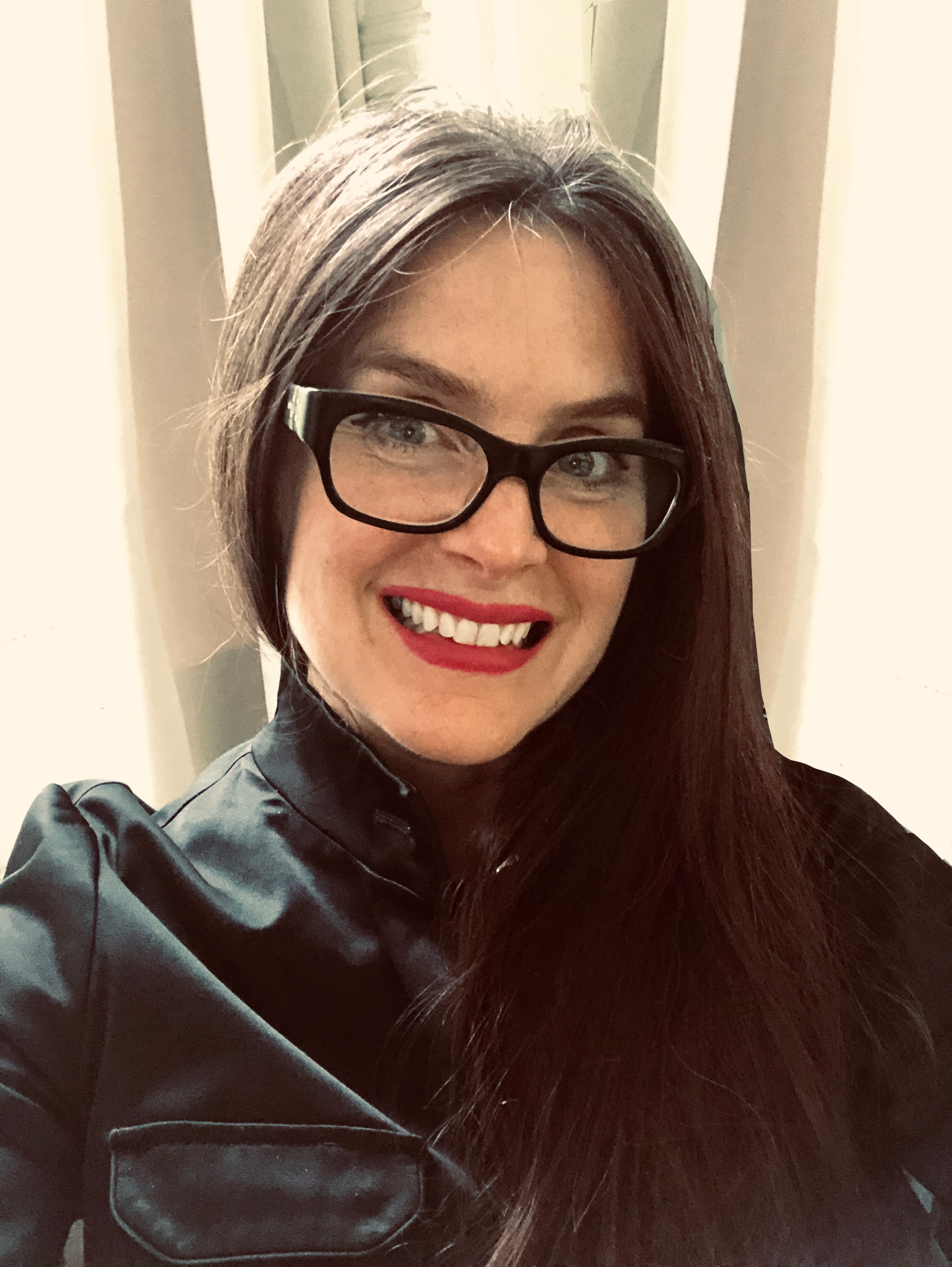 Eileen McQueen (Writer, Director, Editor, Producer) is a visual artist/ musician – turned – filmmaker based in Brooklyn, NY, where she pursues her life long passion for creative story telling. Exploring an array of characters, she seeks to find meaning in character connections that can be found anywhere from simple daily moments to epic, action points of crisis…. always with a touch of humor and empathy. After her fourth short film she is turning her focus to her first feature film.

Henry’s vision is rendered useless after he is exposed to an unknown, airborne toxic gas. 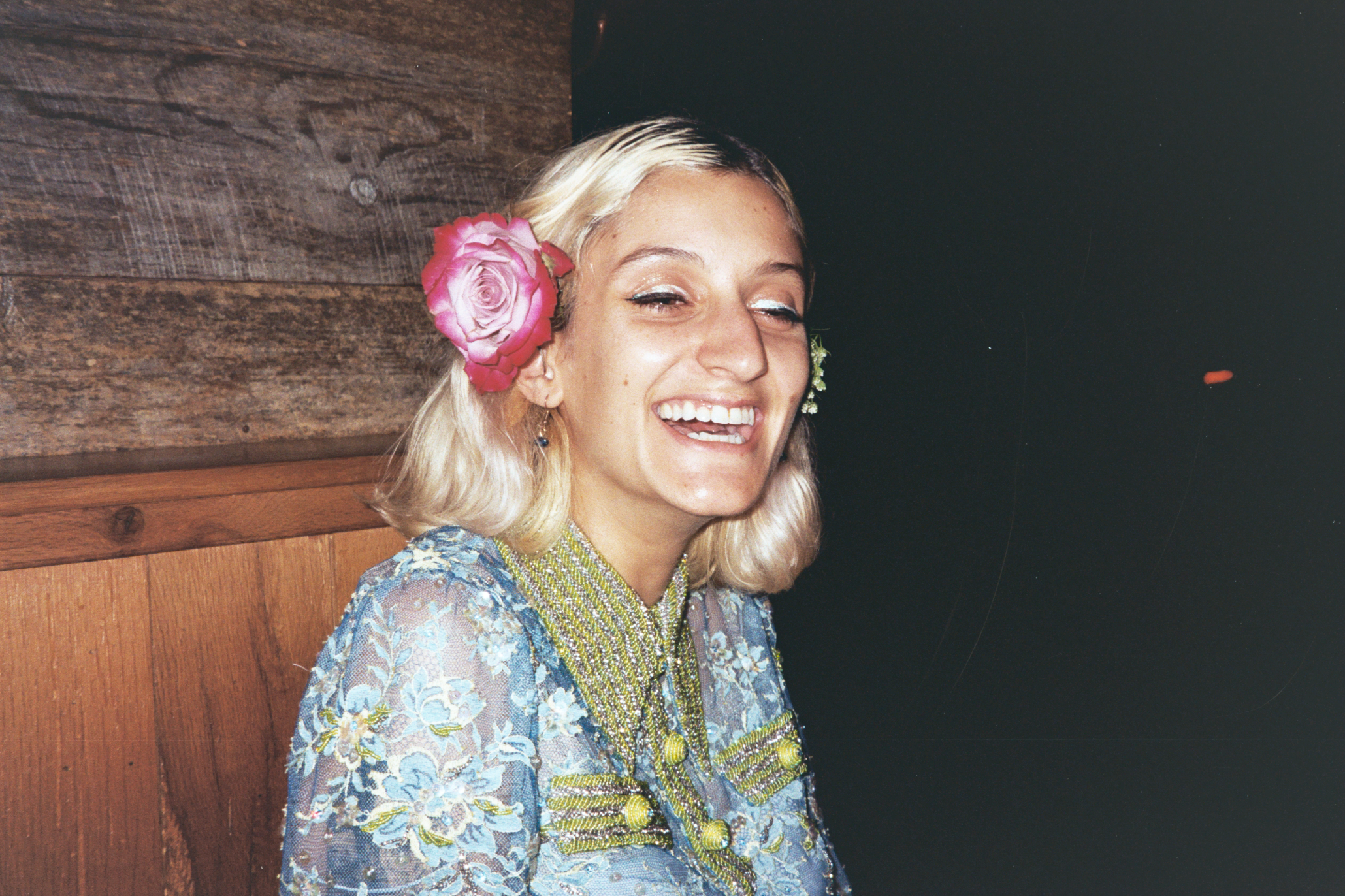 Madeline Leshner (Director, Writer, Producer) is a Brooklyn based filmmaker. Born and raised in Los Angeles, she has dreamt of moving across the country to live in NYC ever since elementary school. She is a classically trained pianist and frequently interweaves her passion for music into her films. Since graduating from NYU’s Tisch School of the Arts with a BFA in Film & TV, she works as a freelance director, producer, AD, shooter, and editor in the NYC area. 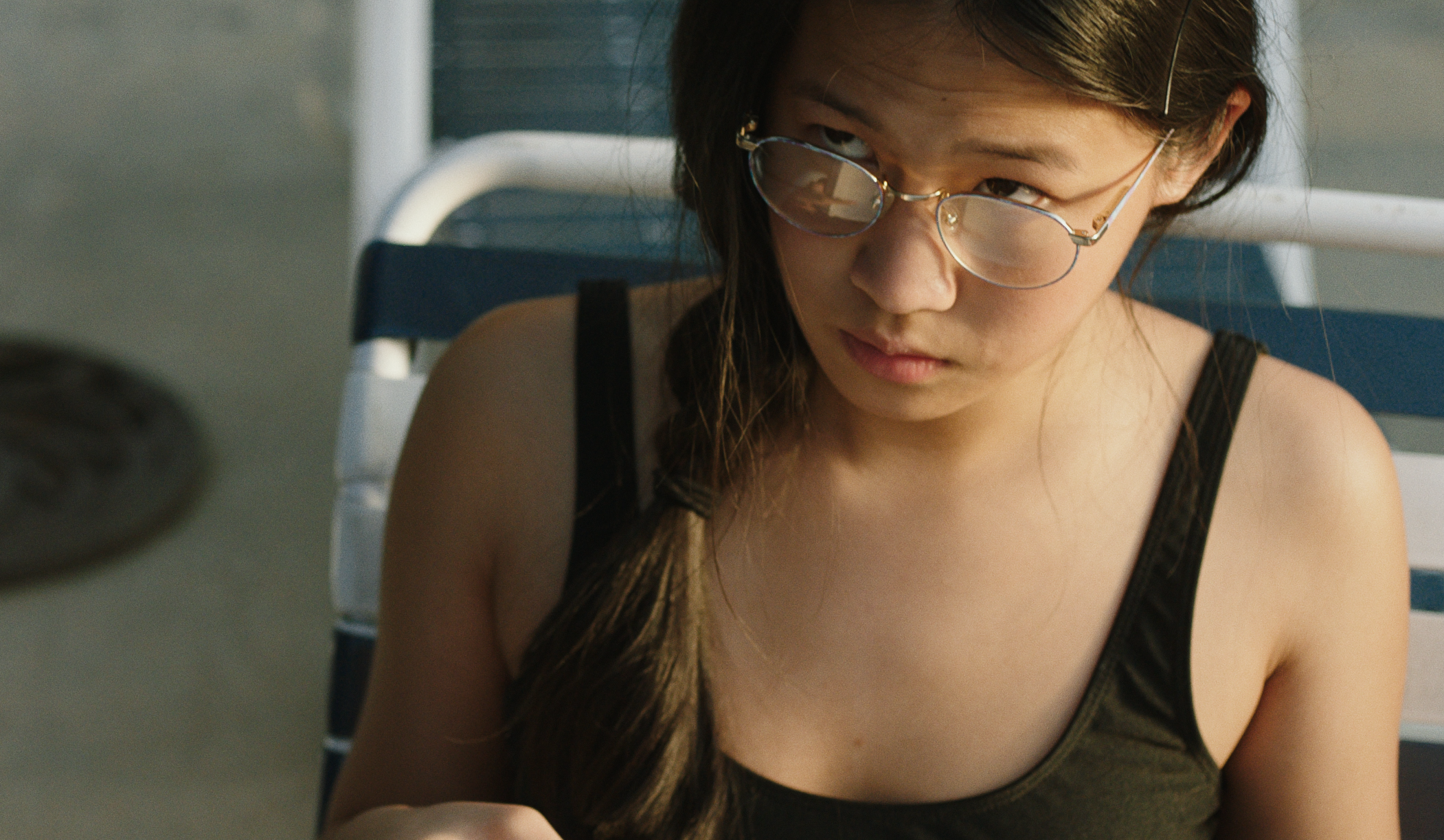 Basking in the sunny glow of Reagan’s America, a group of vulnerable, swimsuit-clad teenaged girls jockey for power at a community swimming pool. 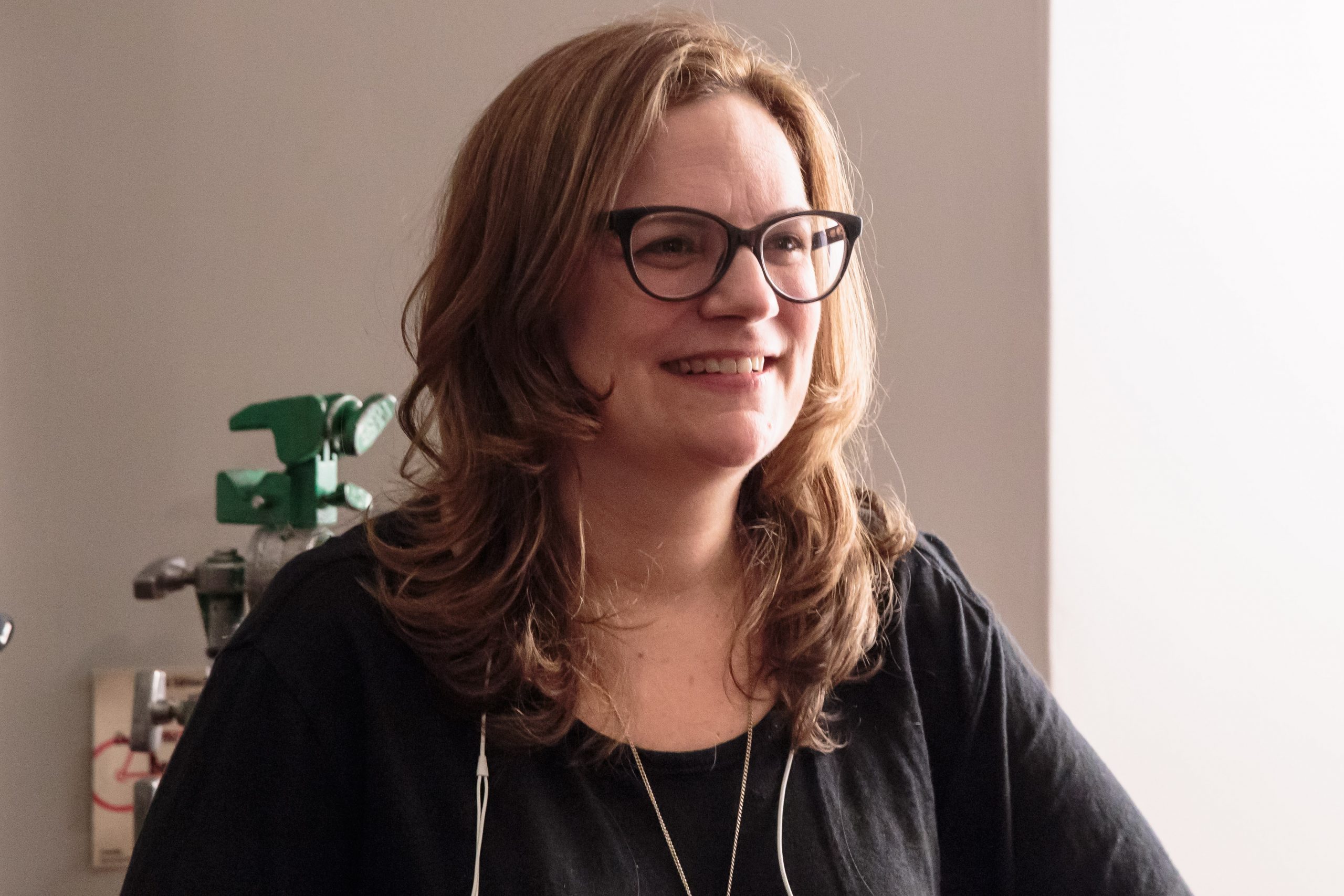 Cynthia Silver (Director) is an NYC-based stage & film director and acting teacher who was one of ten filmmakers selected to participate in the 2019 “Through Her Lens”: The Tribeca Chanel Women’s Filmmaker Program. Her filmmaking is a culmination of 25 years of acting, directing, and teaching at off-Broadway’s Atlantic Acting School. It is with former students and many longtime theatre colleagues that Cynthia made the short-term series Adult and award-winning shorts Sleep Training, Sibs, Chemistry, and The Shallow End.

Katie Chambers (moderator) is the Community Engagement Director at NYWIFT, where she manages both Communications and Membership.  She will receive regional recognition for her work at NYWIFT from the New York Society of Association Executives when she receives their “Rising Star” award at the Synergy Awards in August 2020, and national recognition when she is named one of Association Trends’ top “Young and Aspiring Executives” at their Salute to Excellence in Washington, DC, in 2021. Prior to joining the NYWIFT team, Katie was a talent agent in the Youth & Young Adult Theatrical division at Abrams Artists Agency in New York City, representing young actors in theatre, film, and television. She has served on the Next Generation Committee of the NY Television Festival, produced a critically-acclaimed play at the NY Fringe Festival, and has worked for Buchwald, Manhattan Theatre Club, and Hollywood producer Scott Rudin. Her writing has appeared in Huff Post, Honeysuckle Magazine and several printed essay collection. Katie graduated Phi Beta Kappa and Summa Cum Laude from Drew University with a double major in English and Theatre Arts.

A private link to view the film will be made available to all who register in advance. You will also be invited to the Zoom Q&A.

The film will be available all weekend leading up to the Zoom Q&A.