Join us for February’s virtual NYWIFT Member Screening of before/during /after, a narrative feature produced, written by, and starring member Finnerty Steeves and executive produced by NYWIFT Board President Jamie Zelermyer.

Watch the film: Any time Thursday, February 25 at 3 PM through Monday, March 1 at 5 PM

Cost: $5 for NYWIFT Members; $7 for Non-Members

The film will be available to all who register to view via an exclusive link at any time throughout the weekend of February 26. Then, join us for a special Q&A with the creative team on Zoom, moderated by NYWIFT Community Engagement Director Katie Chambers.

Please note: if you would like to bring a guest, the guest must be registered separately with a separate email address. Links to view the films are individually crafted for each registered email.

You will receive the link to the film in your email confirmation upon registration.

This film has geo-blocking enabled and will only be available to viewers in the U.S. and Canada. Thank you for understanding.

before / during / after is the story of Jennie Lonergan, a middle-aged NYC theatre actress who is forced to figure out the kind of person she wants to be when her seemingly perfect 15-year marriage comes to an abrupt end after she catches her husband having an affair. The film is anchored in one day in Jennie’s life when she is auditioning for a career-making role in a play that triggers a flood of her own unprocessed memories about her marriage and the aftermath of her divorce.

The film made its world premiere during the 2020 global pandemic. During the panel, the creative team will discuss their shift to a virtual distribution strategy and this year’s unprecedented festival process, as well as the making of the project. 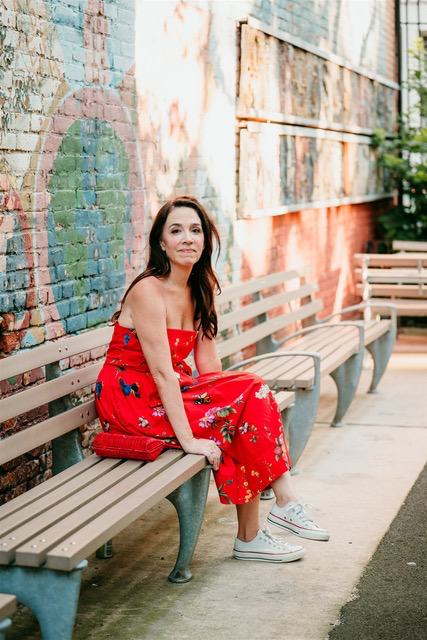 A classically-trained actress, Finnerty Steeves (Writer, Producer, Actor, NYWIFT Member) received her MFA from the graduate program at the American Conservatory Theater in San Francisco. Shortly after her move to NYC, she was offered the role of Denise McCarthy on The Sopranos directed by Mike Figgis. Finnerty went on to do over 40 commercials while working in NYC on and off-Broadway. Credits include The White Chip, Dot (dir. Susan Stroman), Brighton Beach Memoirs, Almost Maine, and the Drama Desk-nominated production of Lost In Yonkers. Finnerty has performed at the top regional theaters around the country and was awarded the Elliot Norton Award for her performance in The Shape She Makes at A.R.T. Although Finnerty has a love of the theater, her truthful and intimate acting style has always lent itself to work in front of the camera. She is best known for her work as inmate Beth Hoefler on Orange Is The New Black. Other credits include The Blacklist, Sneaky Pete, Bored To Death, The Big C, and Louie. Select film roles include Francis Ha (dir. Noah Baumbach), Morning Glory (dir. Roger Michel), Away We Go (dir. Sam Mendes) and Bad Education (dir. Corey Finley). before/during/after is Finnerty’s first feature as a writer/producer. 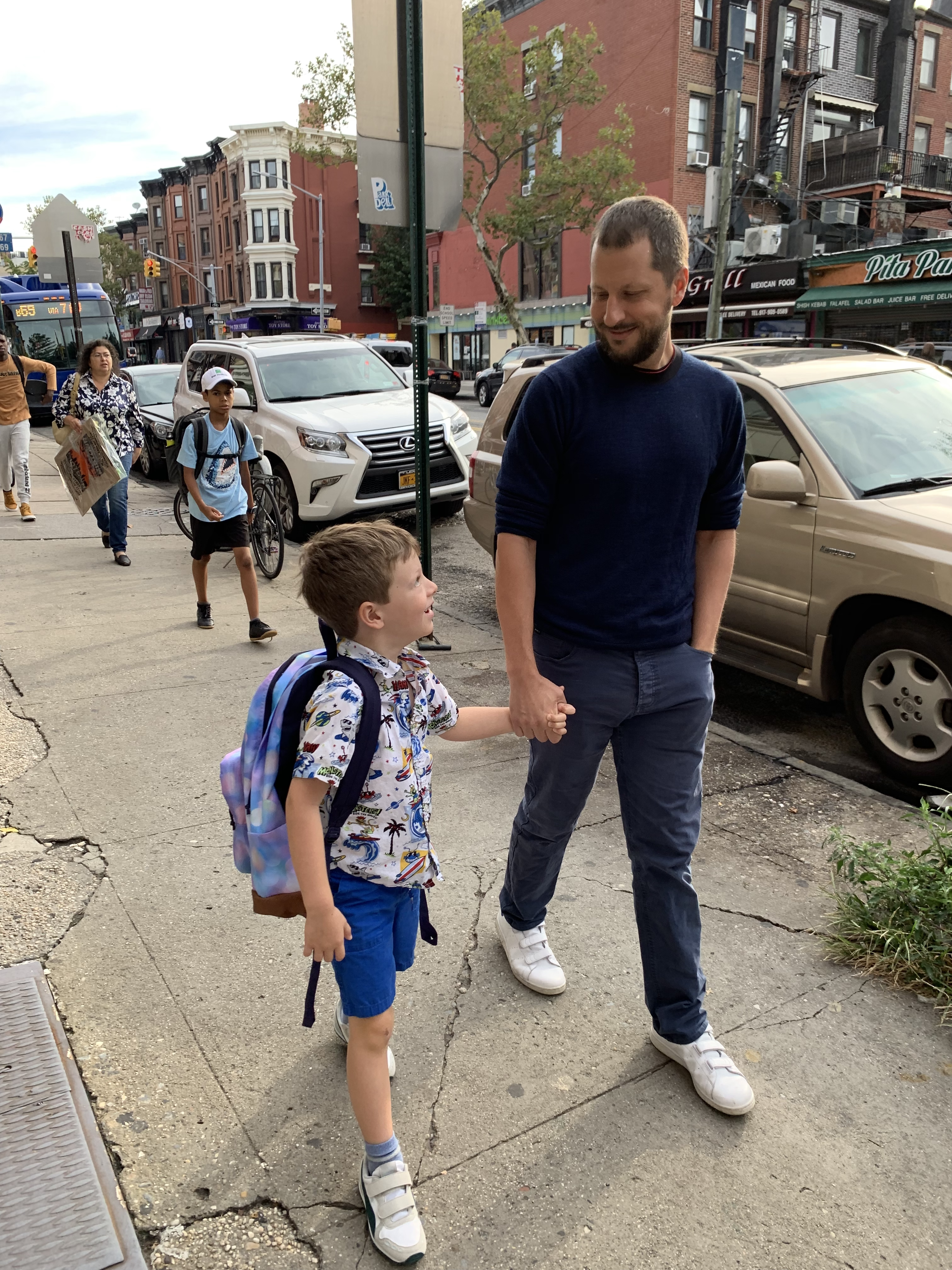 Jack Lewars (Director) directed his first feature film Alligator Run, which won Maxim Magazine’s grand prize for Best Road Trip Story in 2006. Lewars’ next film was the narrative feature, Mount Joy, which was purchased by Netflix after a successful festival run. Variety film critic Denis Harvey hailed the film as a “straight up tear-jerker” and praised it’s “indie rock authenticity and filmmaking chops.” before/during/after is Jack’s first experience as a co-director which he enjoyed very much. Lewars is also a D.I. Colorist at Technicolor NYC and his career spans over 140 film and TV credits. Highlights include Her, The Giver, Manchester By The Sea, Eighth Grade and the HBO series Plot Against America. He’s also remastered iconic classics such as Martin Scorsese’s Gangs of New York and Ken Burns’ epic documentaries Civil War and Vietnam. 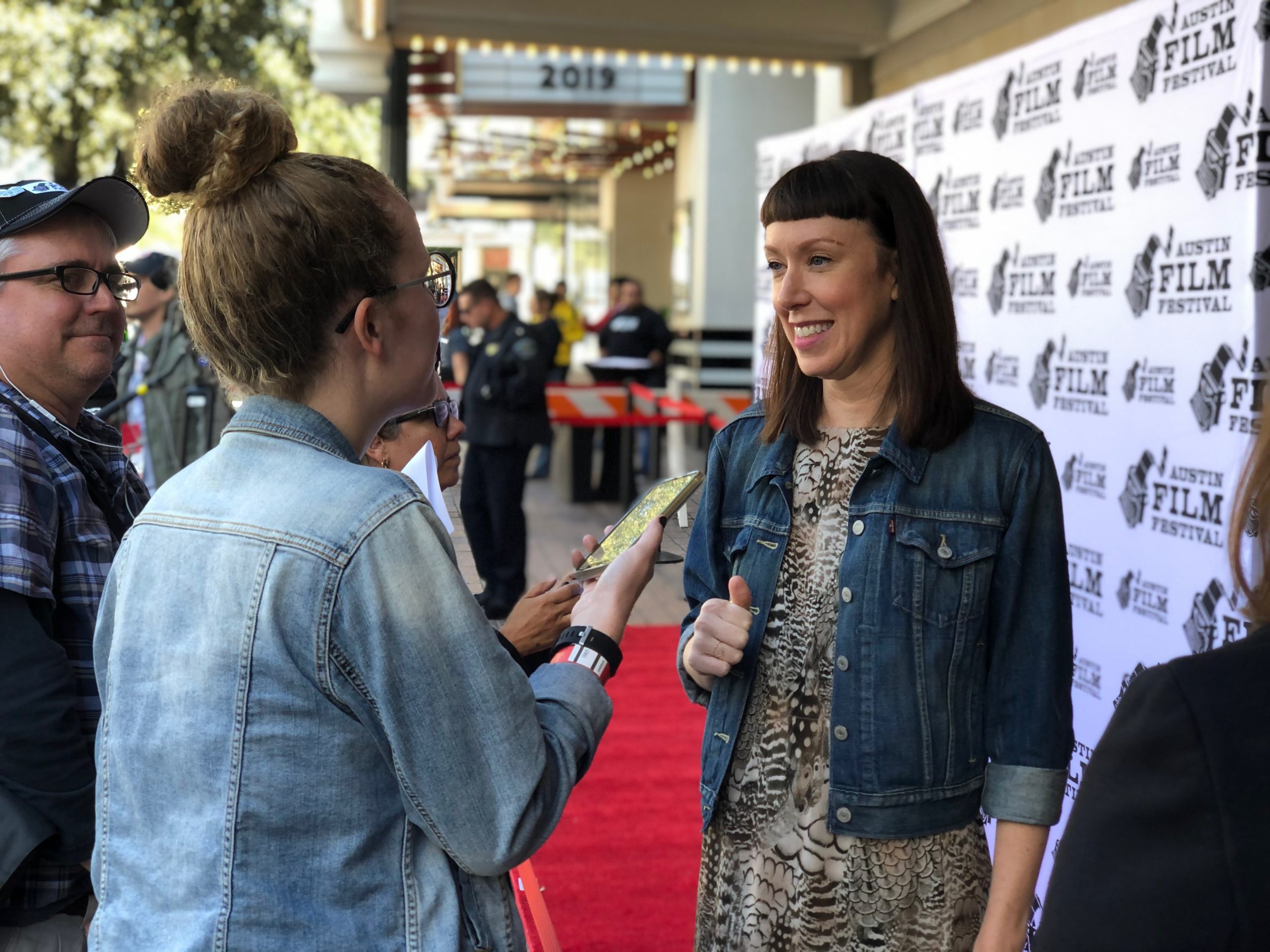 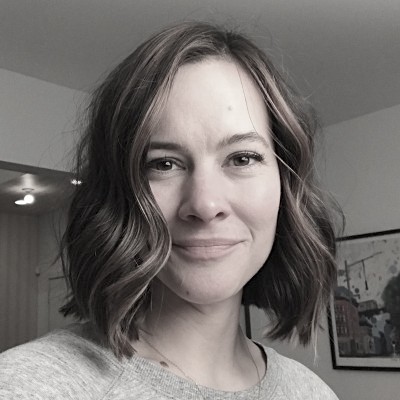 Elizabeth Krajewski (Producer), a native of Chicago, gave up deep dish pizza for a chance to experience a thinner slice of the pie in NY nearly 20 years ago. Preference in pizza is still deep dish, but city for making things happen is definitely NY. Starting in production, then producing for VFX, Krajewski eventually found her way to editorial, as producer, then Executive Producer. In 2013, she opened the NY office of Cutters Studios, where she is currently Executive Producer. Overseeing Cutters’ commercial work, Krajewski has also built partnerships with the UN for both the UNWomen’s HeForShe campaign, as well as UNClimate, Sustainable Development Goals and The Ocean Agency, specifically helping with their Glowing Gone campaign. Using her advertising knowledge and resources, she continues to expand into different areas of content development as EP on Gema, an HBO short film award recipient and Audience award nominee at the Atlanta Film Festival; EP on Funeral; and EP on before/during/after, which world premiered at River Run Film Festival in 2020.

Jamie Zelermyer (Introduction) has been a New York based Producer and Production Executive for the past 20 plus years. Currently she is Producing IFP Week 2019 which is a signature program of the Independent Feature Project (IFP). Most recently she was the Program Manager of Made In New York: Pilot Competition, a program founded by The Mayor’s Office of Film Media and Entertainment to tackle gender inclusivity in the television industry. Jamie Executive Produced the two winning half hour pilots and Executive Produced season 1 of the winning show entitled Half Life starring Larisa Oleynik and Nancy Giles. Prior to this she produced Ratter starring Ashley Benson and Matt McGorry which was released by Sony Worldwide in March 2016. She was the VP, Physical Production at Focus Features / Rogue Pictures for six years ending in November 2012. At Focus she oversaw such movies as Admission, One Day, Jane Eyre, Sin Nombre and Miss Pettigrew Lives for a Day. Prior to Focus Jamie was a Line Producer and Production Manager working on films such as Igby Goes Down, Boys Don’t Cry and You Can Count on Me. Over the years, she has had the privilege to work with a number of notable directors including Steve McQueen, Lone Scherfig, Kenneth Lonergan, Cary Fukanaga and Kimberly Pierce. Jamie is President of the Board of NYWIFT, and is an adviser on NYWIFT’s The Writers Lab, a program for female writers over 40 funded by Meryl Streep and Nicole Kidman. She is a graduate of Bard College.

Katie Chambers (moderator) is the Community Engagement Director at NYWIFT, where she manages Communications and Membership. She received regional recognition for her work at NYWIFT from the New York Society of Association Executives with their “Rising Star” award at the Synergy Awards in 2020, and will receive national recognition when she is named one of Association Trends’ top “Young and Aspiring Executives” at their Salute to Excellence in Washington, DC, in 2021. Prior to joining the NYWIFT team, Katie was a talent agent in the Youth & Young Adult Theatrical division at A3 Artists Agency in New York City. She has served on the Next Generation Committee of the NY Television Festival, produced a critically-acclaimed play at the NY Fringe Festival, and has worked for Buchwald, Manhattan Theatre Club, and Scott Rudin Productions. Her writing has appeared in Huff Post, Honeysuckle Magazine and several printed essay collections. Katie graduated Phi Beta Kappa and Summa Cum Laude from Drew University with a double major in English and Theatre Arts.

The NYWIFT Member Screening Series is produced by Katie Chambers

A private link to view the film will be made available to all who register in advance. You will also be invited to the Zoom Q&A.

The film will be available all weekend leading up to the Zoom Q&A.