Join NYWIFT for a candid conversation concerning the challenge for mothers balancing career and family while working within the demanding and competitive television and film industry. Guest speakers cinematographer Ayana Baraka, costume designer Katie Irish, makeup artist Martha Melendez, entertainment attorney Lauren Menkes, and actor Tricia Paoluccio and writer/director Tonya McCornell (moderator) will share personal stories of their experiences with work/life balance, their struggles, as well as strategies they have used to overcome obstacles. Other topics to be explored include tackling the changes that affect work schedules once children hit different ages and the use of inclusion riders and their potential impact for mothers in the industry. 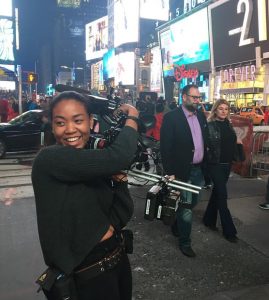 Ayana Baraka (Cinematographer) is known for her work on Behind the Curtain: Eclipsed, starring Lupita Nyong’o and Danai Gurira, and The Hunting Ground, which premiered at the Sundance Film Festival and was shortlisted for the 2016 Oscar for Best Feature Documentary.  Baraka won the 2016 award for Best Cinematography at the Victoria TX Independent Film Festival and was named a person on the rise in Hollywood by producer Mel Jones. She is the content creator of a virtual reality experience called Greenwood Avenue: A Virtual Reality Experience about Black Wall Street and the Race Massacre of 1921, partially funded by Google|YouTube and fiscally sponsored by Women Make Movies. Other credits include the feature films Black Nativity and The Amazing Spiderman II.  Baraka is a graduate of the USC School of Cinematic Arts film program with an MFA in Film and Television Production and became IATSE Local 600 Camera Union qualified in 2012. 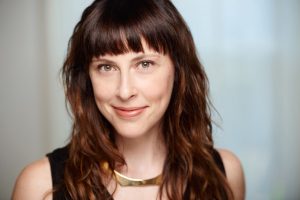 Katie Irish is a costume designer, best known for her work on the award- winning FX series The Americans. She began as a shopper for the first season of the show, became assistant designer for seasons two and three, and then took the helm as designer during season four. The first feature she designed, The Widowers, is currently available on streaming platforms. Several other indie features she has designed are due to hit the festival circuit this year. Prior to her work on The Americans, Irish co-designed the Season 10 semi-finals and finale of NBC’s America’s Got Talent, shopped for HBO’s Deadwood, and served as the New York design assistant for The Muppets’ Wizard of Oz. She has also designed numerous commercials, short films, and music videos. Earlier in her career, she worked extensively as an associate designer on Broadway, where favorites included Jesus Christ Superstar, Godspell, Spider-Man: Turn Off the Dark, Jerusalem, Fences, Promises Promises, The Seagull, Is He Dead?, and Shrek. Originally from Memphis, Irish is an alum of NYU’s Tisch School of the Arts, with an MFA in Design for Stage & Film. She is currently designing a new series for NBC set to air this winter. 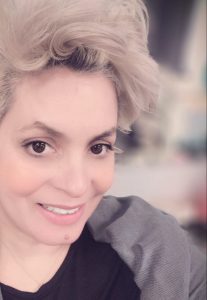 Martha Melendez has worked in the film and television makeup industry as a makeup artist and makeup department head. As soon as Melendez picked up her first makeup brush and placed it on her first face she fell in love. She found her passion. With the help of generous makeup artists in both film and television she quickly learned her way around the live canvas of a face, as well as the business aspect of the industry. Credits include Power (Starz) and Netflix’ series The OA, The Get Down, Orange is the New Black. Melendez’s most recent projects include Roxanne Roxanne and She’s Gotta Have It, also on Netflix, and the feature film BlacKkKlansman, directed by Spike Lee. 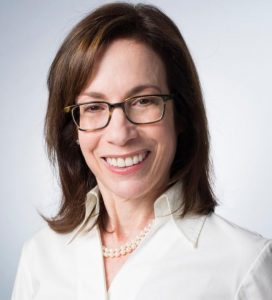 Lauren Menkes is an entertainment attorney with over 25 years of experience in the television and motion picture industries. Menkes spent most of her career as a legal and business affairs executive for various companies including United Talent Agency, Comedy Central, Walt Disney Television, and Twentieth Century Fox Film Corporation. As Senior Counsel at Boyarski Fritz, she handled the television contracts for One Voice: Somos Live! A Concert for Disaster Relief in October 2017, which raised more than 35 million dollars for victims of the natural disasters in Texas, Florida, the Caribbean, Mexico and Puerto Rico. Menkes graduated magna cum laude with a B.A. degree from Duke University and received her J.D. degree from Emory University School of Law. Menkes is an active member of the New York and Maryland Bars and she is a Board Member of Women in Film & Video. She resides in Bethesda, MD with her husband, 17 year old daughter and their cavapoo. 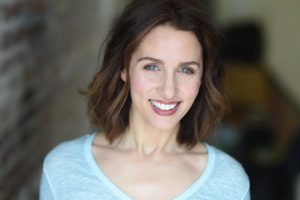 Tricia Paoluccio (Host) produces and stars in the web series mommy blogger, which she co-created with Eric Pfeffinger. Mommy Blogger has been optioned and is being pitched to networks. She has a recurring role on Homeland  Season 7, and can also be seen in the Kevin James series Kevin Can Wait. Paoluccio had a recurring role on the AMC/Lionsgate series Feed the Beast with David Schwimmer and was on Season 2 of The Affair and Season 4 of Orange is the New Black. She also continues to work on the web series #MotherJudger with The Refinery NYC, which has been featured on Funny or Die. Broadway credits include: A View from the Bridge (opposite Allison Janney and Anthony LaPaglia), Julie Taymor’s The Green Bird, and Fiddler on the Roof (opposite Alfred Molina and Harvey Fierstein). Paoluccio is married to director Gabriel Barre. They live in midtown Manhattan with their two sons.

Tonya McCornell (Moderator/pictured upper right) focuses her creative energy on writing, directing, and producing content that showcases strong female characters while shedding light on social issues. Her recently released short film Trayvia, is being called “a visceral response to police brutality”, centering around the story of a woman seeking to avenge her brother’s murder when the system fails to grant her family justice. Her upcoming short film Tainted sheds light on mothers battling depression and PTSD. McCornell also wrote and directed a PSA about HIV awareness for millennials and is developing a dramedy series about surviving divorce titled Getting Help. She is the founder of the Moms Network for New York Women in Film & Television, and she is also on the leadership team of The Black TV & Film Collective. She is the single mother of a daughter who is 8, but acts like she’s going on 30. 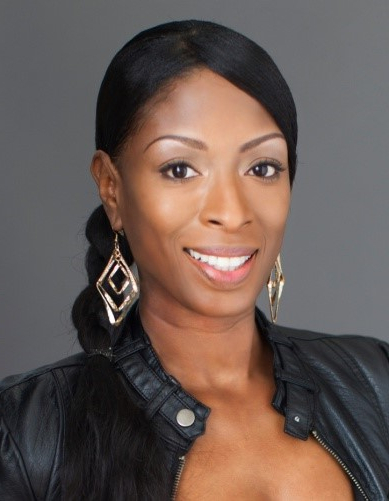 The Parc Vendome
353 West 56th Street
(Between 8th and 9th Avenues)
Note: Attendees will need to use the Amenities entrance.