Filling in the Gap: Using Visual Metaphors for Documentaries

Filling in the Gap: Using Visual Metaphors for Documentaries

Documentary filmmakers are often challenged to create visual metaphors when retelling past events. This panel discussion will examine the imaginative ways that makers use to build the world of their film with animation, re-enactments and various other visual devices. Join filmmakers Julia Bacha, Eliza McNitt, Amanda Zackem and moderator Marcia Rock for this exploration of the many options and choices available for creative storytelling with visually distinctive elements.

Julia Bacha is a Peabody award-winning filmmaker, media strategist and Creative Director at Just Vision. Her credits include Control Room (2004, Writer/Editor), Encounter Point (2006, Writer/Co-Director), Budrus (2009, Director/Producer), My Neighbourhood (2012, Director/Producer) and The Wanted 18 (2014, Impact Producer). In addition to 20 international film festival awards, Bacha is the recipient of the King Hussein Leadership Prize, the Search for Common Ground Award, the Ridenhour Film Prize, and the PUMA Creative Impact Award. She is a Term Member at the Council on Foreign Relations, a Young Global Leader at the World Economic Forum, an Advisory Board Member to the Tribeca Film Institute and a TED speaker. Her latest film, Naila and the Uprising (2017) had its world premiere at DOC NYC followed by IDFA and the Dubai International Film Festival.

Eliza McNitt is a writer and director who explores the cosmic collision of science and art. From astronauts to astrophysicists, she works alongside scientists to tell stories about the human connection to the cosmos. Her films and VR experiences have appeared at festivals including SXSW Film Festival, Hot Docs, Cannes NEXT, AFI Fest, and Sundance. She’s a OneFifty creator and Alfred P. Sloan grant recipient. McNitt’s upcoming VR series Spheres, executive produced by Darren Aronofsky and Ari Handel, is an episodic journey through the songs of spacetime. Spheres stars Jessica Chastain as the voice of the cosmos. Spheres made history at the 2108 Sundance Film Festival as the world’s first ever acquisition of a VR experience.

Amanda Zackem is a Director and Cinematographer whose most recent documentary, American Psychosis is based on an interview with Pulitzer Prize winning Journalist Chris Hedges and discusses totalitarian capitalism and corporate power. It was nominated for Best Short Documentary at the Raindance Film Festival and the Woodstock Film Festival. It won Best of Fest at the Colorado Environmental Film Festival. Zackem is a board member of Seeding Sovereignty and holds a bachelor’s degree from Ithaca College and a Master’s Degree from The S.I. Newhouse School of Public Communications at Syracuse University where she also previously taught.

Marcia Rock’s (Moderator) documentaries cover international dilemmas, women’s issues as well as personal perspectives. She has won many awards including three local Emmys. Recently, Rock completed three films on veterans, two with Patricia Lee Stotter. Service: When Women Come Marching Home won a NY Emmy and is on World Channel. From the plight of salt harvesters in Ghana to the changing role of women in Northern Ireland during the Troubles, she has also covered Irish American and Northern Irish history. She experimented with form in her personal documentary Dancing with My Father. Rock is the director of News and Documentary at the NYU Carter Journalism Institute and she co-authored with Marlene Sanders, Waiting for Primetime: The Women of Television News.

Special Thanks to Marcia Rock, Director of News and Documentary
at the NYU Arthur Carter Journalism Institute and
Chair of NYWIFT’s Documentary Committee 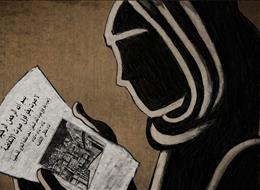 $15 for NYWIFT Members
$25 for Nonmembers
Register by prepayment online