Please join us on Day 1 of the 2020 NYWIFT Creative Workforce Summit: Documentary Makers, Industry and Funders in Conversation. Our opening panel will be Women Documenting the Vote. 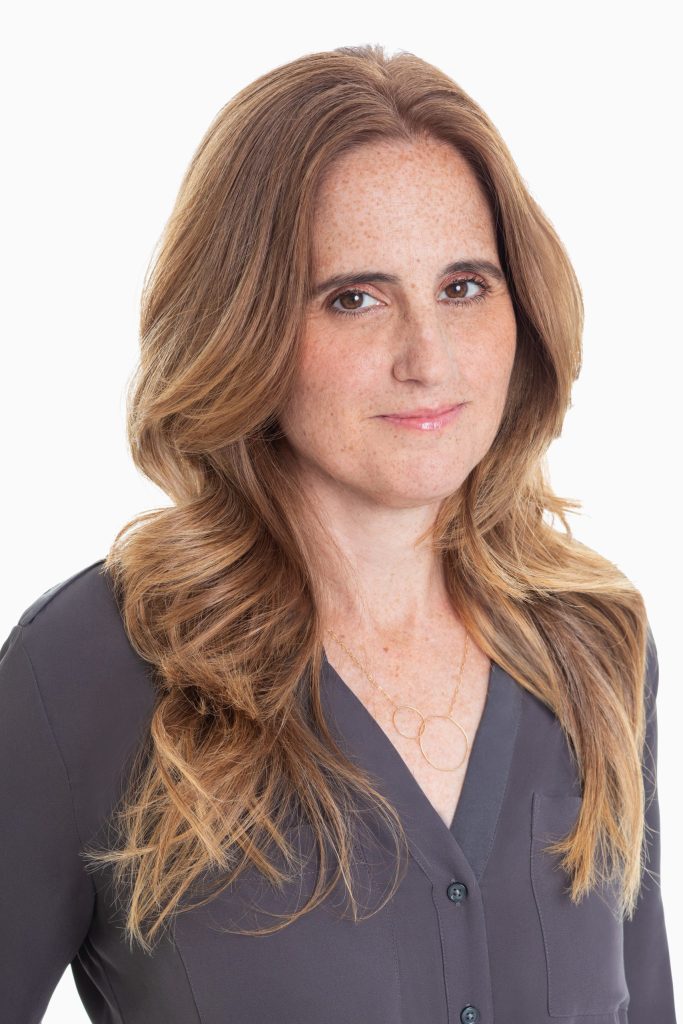 Jamie Zelermyer, NYWIFT Board President
Jamie has been a New York based Producer and Production Executive for the past 20 plus years. Currently she is Producing IFP Week 2019 which is a signature program of the Independent Feature Project (IFP). Most recently she was the Program Manager of Made In New York: Pilot Competition, a program founded by The Mayor’s Office of Film Media and Entertainment to tackle gender inclusivity in the television industry. Jamie Executive Produced the two winning half hour pilots and Executive Produced season 1 of the winning show entitled Half Life starring Larisa Oleynik and Nancy Giles. Prior to this she produced Ratter starring Ashley Benson and Matt McGorry which was released by Sony Worldwide in March 2016. She was the VP, Physical Production at Focus Features / Rogue Pictures for six years ending in November 2012. At Focus she oversaw such movies as Admission, One Day, Jane Eyre, Sin Nombre and Miss Pettigrew Lives for a Day. Prior to Focus Jamie was a Line Producer and Production Manager working on films such as Igby Goes Down, Boys Don’t Cry and You Can Count on Me. Over the years, she has had the privilege to work with a number of notable directors including Steve McQueen, Lone Scherfig, Kenneth Lonergan, Cary Fukanaga and Kimberly Pierce. Jamie is on the board of New York Women in Film and Television, and is an adviser on NYWIFT’s The Writers Lab, a program for female writers over 40 funded by Meryl Streep and Nicole Kidman. She is a graduate of Bard College. 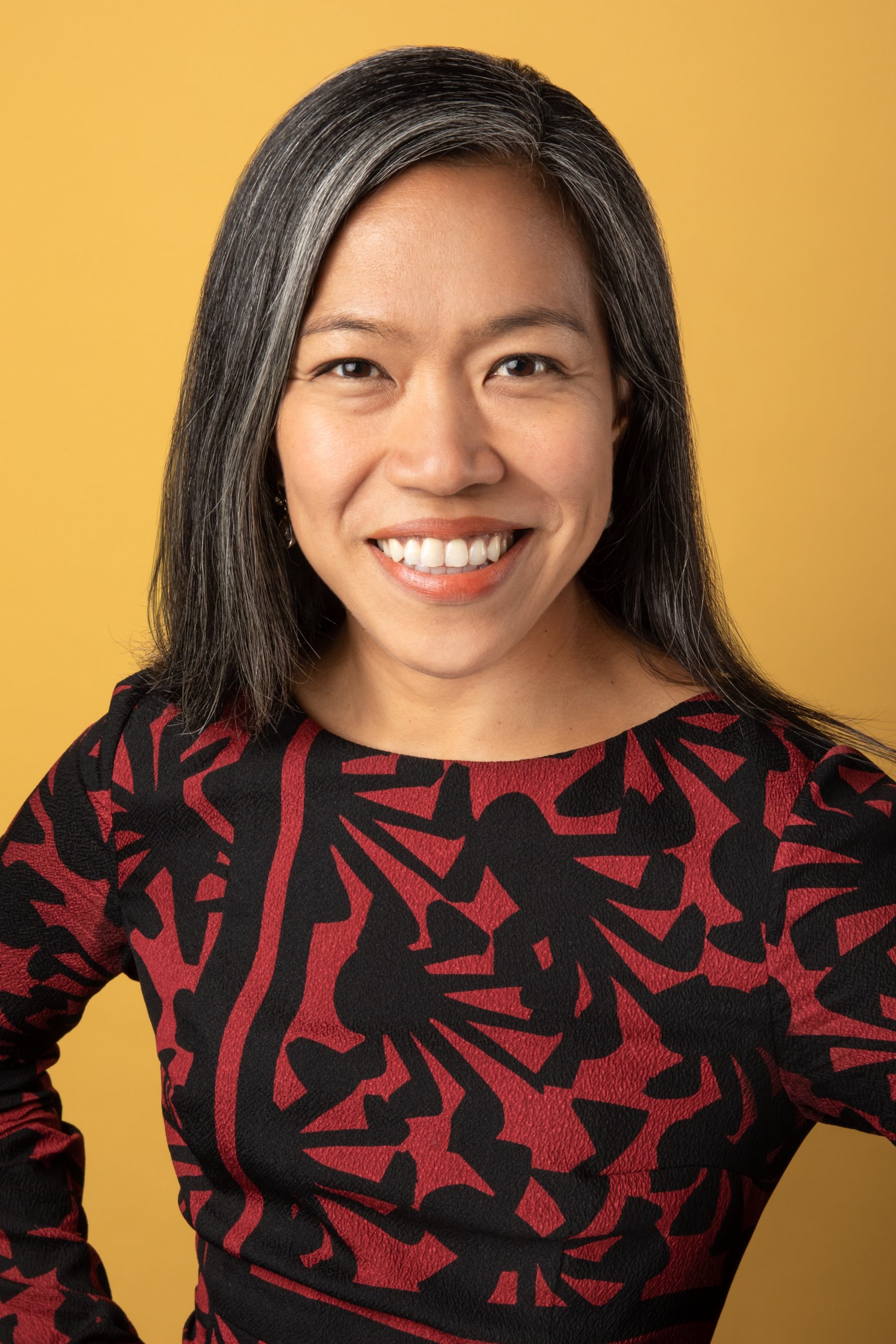 Maria Torres-Springer is vice president for US programs at Ford Foundation Center for Social Justice. She oversees all of the foundation’s domestic programming for Civic Engagement and Government, Creativity and Free Expression, Gender, Racial, and Ethnic Justice, Future of Work(ers), Just Cities and Regions, and Technology and Society.

Maria’s extensive experience includes almost 15 years in public service with the City of New York, where she led three agencies addressing some of the city’s most significant public policy challenges such as housing affordability, economic development, and workforce development. Throughout her tenure in the public sector and in previous roles in the non-profit and private sectors, she has worked to create powerful partnerships among communities, business, and government in pursuit of expanded economic opportunity and justice for the historically marginalized.

Maria earned her bachelor’s degree from Yale University and a master’s in public policy from the Kennedy School of Government at Harvard University. She lives in Brooklyn with her husband and two daughters. 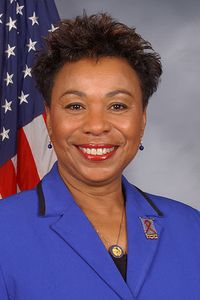 She also serves as Chair of the Majority Leader’s Task Force on Poverty and Opportunity. As member of the House Democratic Leadership, she is the highest ranking African American woman in the U.S. Congress.

Our opening panel will be Women Documenting the Vote

This panel takes a critical look at films that address voter suppression and voter participation. These case studies will tackle issues of access, financing and urgency, and will encourage women filmmakers to use their craft to make a difference in the upcoming election. 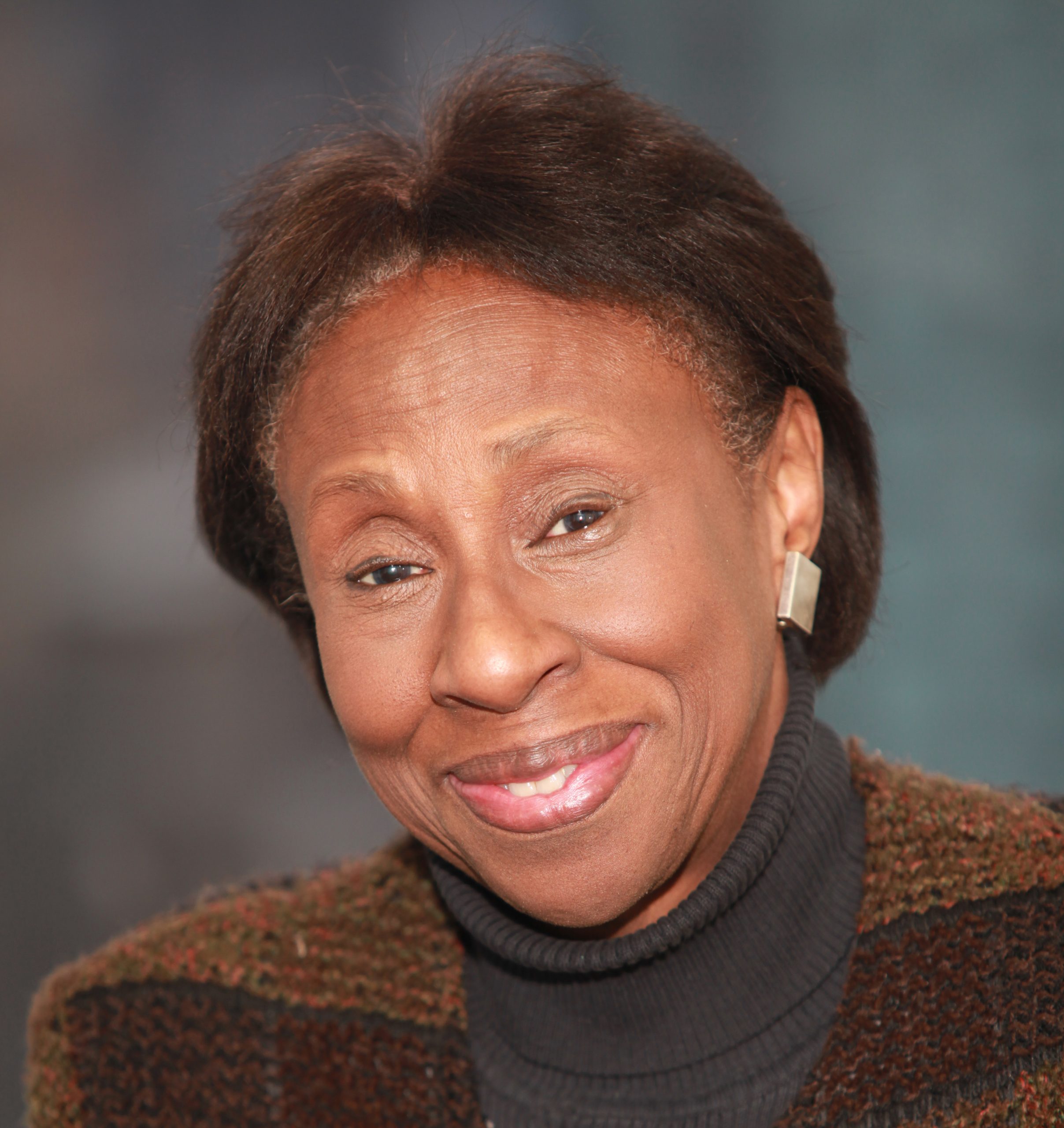 Laverne Berry is an entertainment and media business affairs attorney representing independent film and television producers, directors, production companies, distribution companies, authors and media companies. Drawing on eighteen years as a television producer and distribution executive before becoming a lawyer, Laverne understands both the business and legal sides of the media marketplace. She was recently a subject in the documentary, Capturing the Flag, which followed four voter protection volunteers during the 2016 elections. As one of the film’s producers, she has had to grapple with the issues surrounding her various roles in this media project. She is a past Board President of NYWIFT.

Lisa Cortés, is an Academy Award®-nominated and Emmy-winning film producer and celebrated director. The film Precious (2009), which she executive produced, received the Audience Award and the Grand Jury Prize for best drama at the Sundance Film Festival. Marking the acting debut of Gabourey Sidibe, the film was nominated for six Academy Awards® and won two. The Apollo, a 2019 HBO documentary, explores African-American cultural and political history through the story of the legendary Apollo Theater. Her directorial debut, The Remix: Hip Hop X Fashion (2020), traces the impact of street fashion and African American creativity on global cultural trends.  Her early career as a music executive was launched at the iconic Def Jam label and Rush Artist Management. She was also vice president of A&R at Mercury Records and founded the Loose Cannon label. Her film productions have received more than 70 international awards and nominations. Cortés, who received her B.A. from Yale University, uses her gift for filmmaking to bring diverse and untold stories to light and has been distinguished by her commitment to empowering inclusive voices. 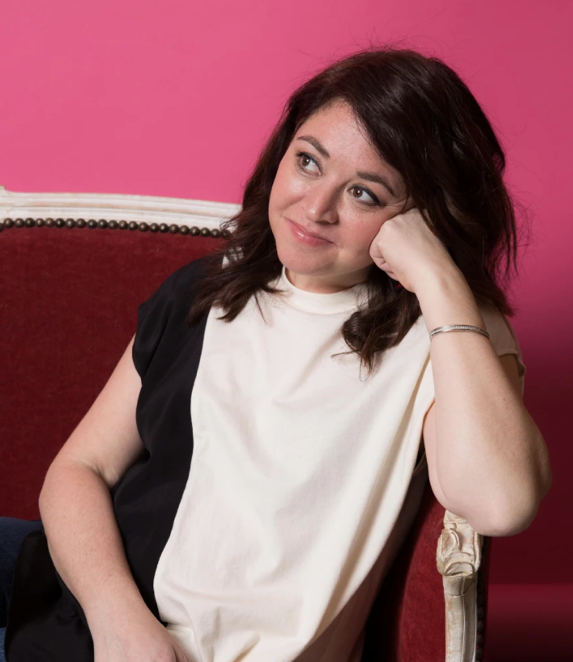 Liz Garbus is a two-time Academy Award®-nominee, two-time Emmy winner, Peabody winner, Grammy nominee, Directors Guild of America nominee, and British Academy of Film and Television Arts-nominated director. Garbus, who graduated magna cum laude from Brown University with a major in history and semiotics, has earned a reputation for creating electrifying, archival-driven, historical documentaries that retain all the narrative velocity, artistic craft, and conceptual depth of propulsive, cinéma vérité films. Garbus delves into today’s most hotly debated topics. Her latest series I’ll Be Gone in the Dark premiered on HBO in June 2020. Her narrative feature debut, Lost Girls, premiered at the Sundance Film Festival in 2020 and was released on Netflix and in theatres in March 2020.  The Fourth Estate, for Showtime, was nominated for a 2018 Emmy for Outstanding Documentary or Nonfiction Series and includes full access to the Russia investigation and much more. Her 2015 feature, Sundance opener, What Happened, Miss Simone?, a Netflix original, was nominated for a 2016 Oscar for Best Documentary Feature and took home the Emmy Award for Best Documentary or Nonfiction Special. In 2018, HBO premiered Garbus’ documentary, A Dangerous Son, which tracks the lives of three families as they navigate mental illness and the healthcare system. Other credits include: The Innocence Films (Netflix, 2020), Who Killed Garrett Phillips (HBO, 2019), There’s Something Wrong with Aunt Diane (HBO), The Farm: Angola, USA (Academy Award nominee 1998) and many others. 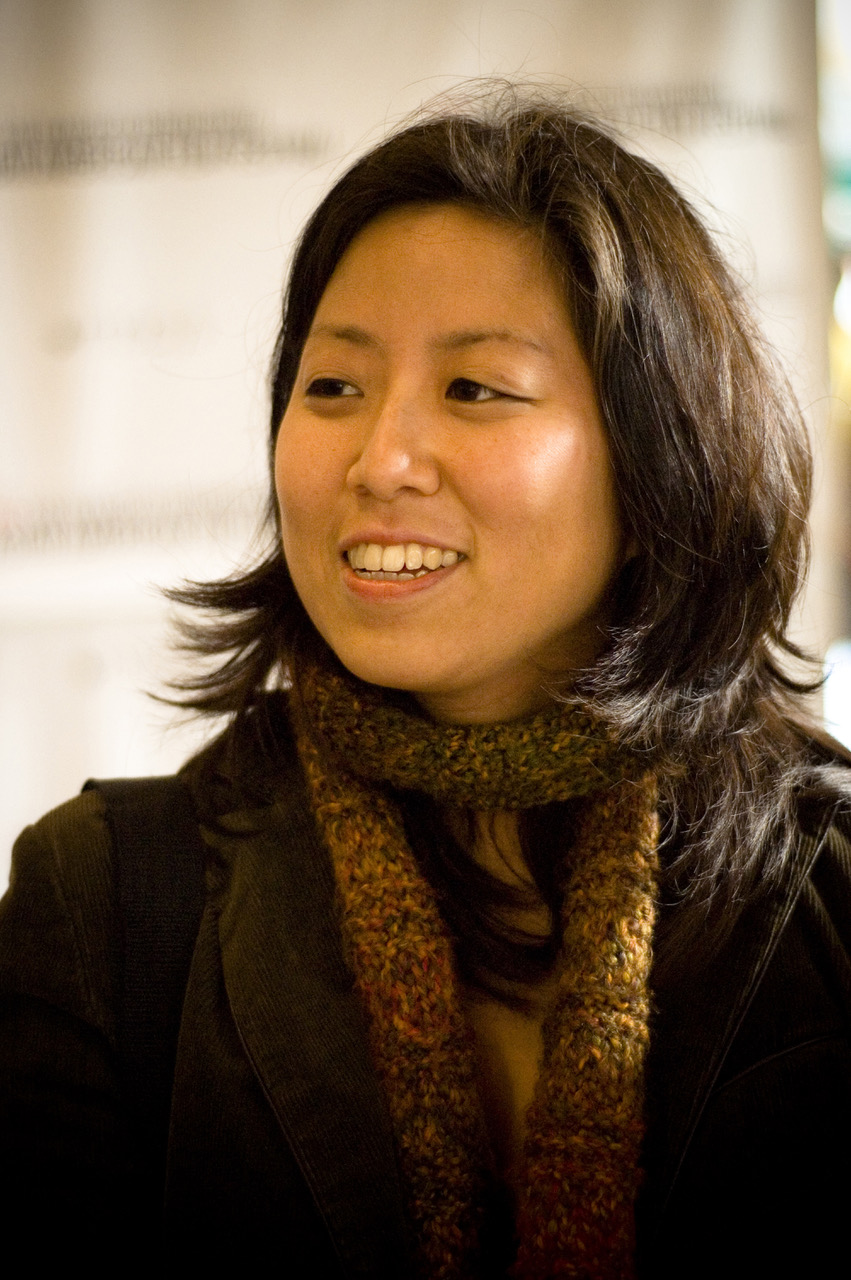 Grace Lee’s most recent credits are as director/producer of POV’s first broadcast series And She Could Be Next as well as producer/director on the PBS series Asian Americans.  She also directed and produced the Peabody Award-winning American Revolutionary: The Evolution of Grace Lee Boggs about the legendary civil rights activist which The Hollywood Reporter called “an entertainingly revealing portrait of the power of a single individual to effect change.” The film won multiple festival audience awards and was broadcast on the PBS documentary series POV. Other directing credits include the Emmy-nominated Makers: Women in Politics for PBS; the interactive online documentary K-Town ‘92  about the 1992 Los Angeles civil unrest, Off the Menu: Asian America; and the feature film Janeane from Des Moines, set during the 2012 presidential campaign, which  premiered at the Toronto Film Festival. Grace is a member of the Documentary branch of the Academy of Motion Picture Arts and Sciences and is co-founder of the Asian American Documentary Network. 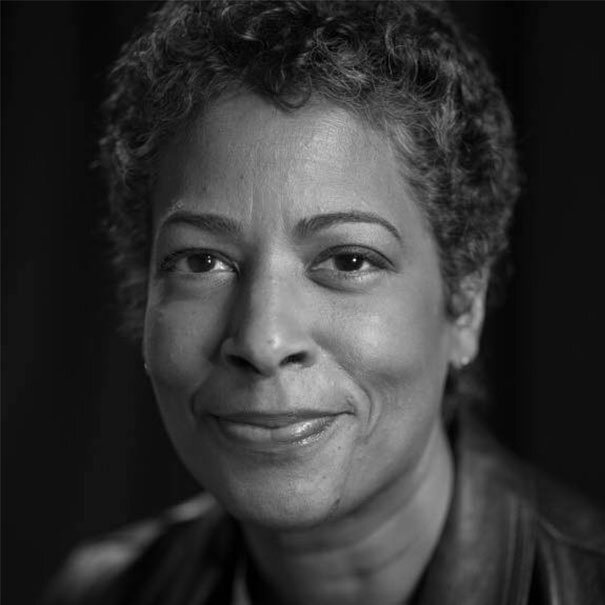 Dawn Porter is an award-winning filmmaker whose work has appeared on HBO, PBS, Discovery, and Netflix among other national and global platforms. She is currently directing and executive producing an Apple TV multi-part documentary series with Oprah Winfrey and Prince Harry, focusing on both mental illness and mental well-being. Other current projects include John Lewis: Good Trouble (Magnolia Pictures), and The Way I See It (Focus Features). Dawn directed and produced the acclaimed Netflix original series Bobby Kennedy for President . A two-time Sundance festival Director, her film Trapped  won the special jury social-impact prize at the 2016 Sundance Film Festival, in addition to a Peabody award. In 2015 Dawn directed and produced Rise: The Promise of My Brother’s Keeper, and her 2013 documentary Gideon’s Army premiered on HBO and won best editing at Sundance. 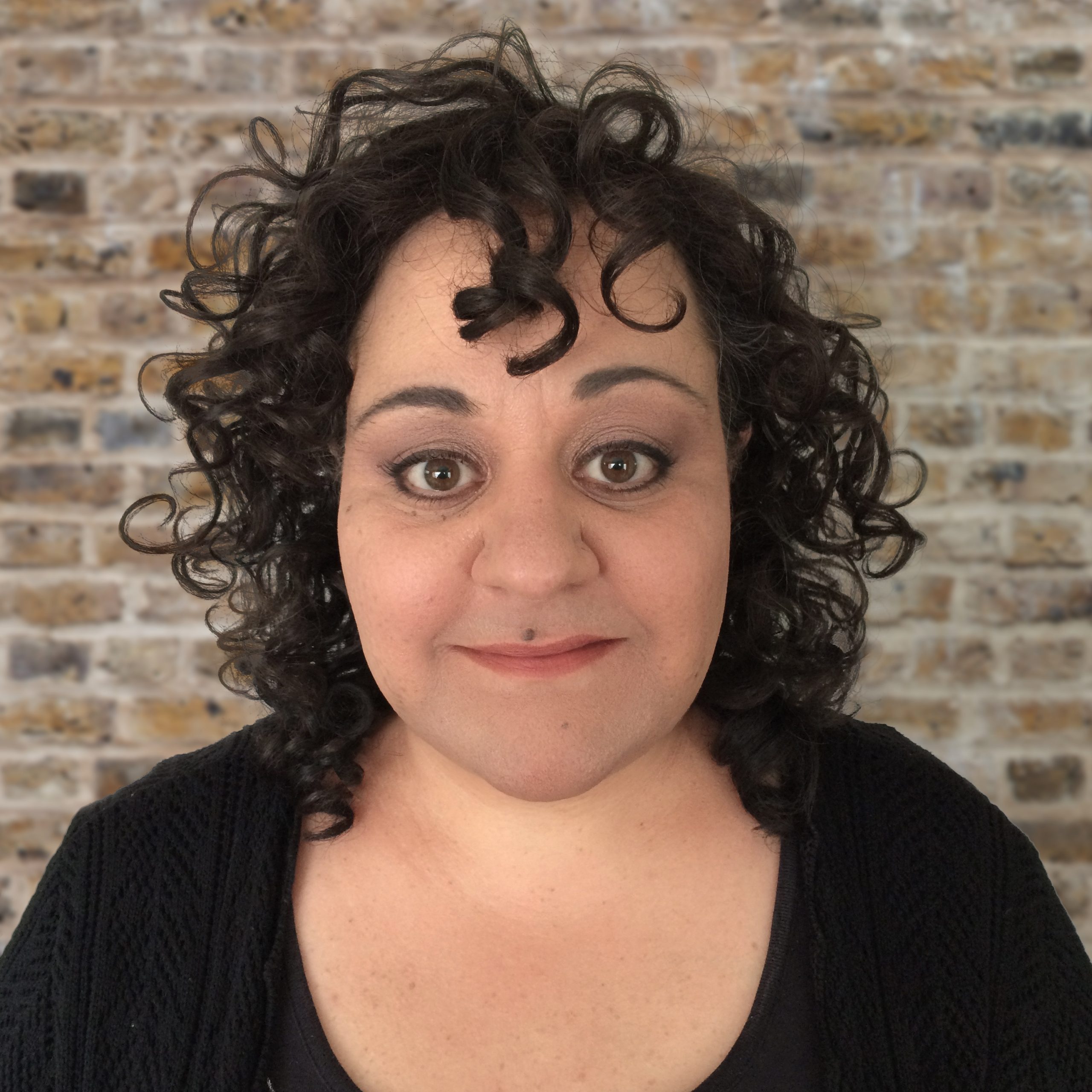 Marjan Safinia is an Iranian documentary filmmaker whose films examine identity, community and social justice. Most recently, with Grace Lee, she produced and directed And She Could Be Next, a two-part documentary series about women of color transforming American politics, which debuted as POV’s first ever series in 2020. Until 2018, Marjan was the longest-serving President of the Board of the International Documentary Association (and the first woman of color to lead IDA since its founding in 1982.) She is a Board Member of Chicken & Egg Pictures and a member of the Academy of Motion Picture Arts & Sciences. 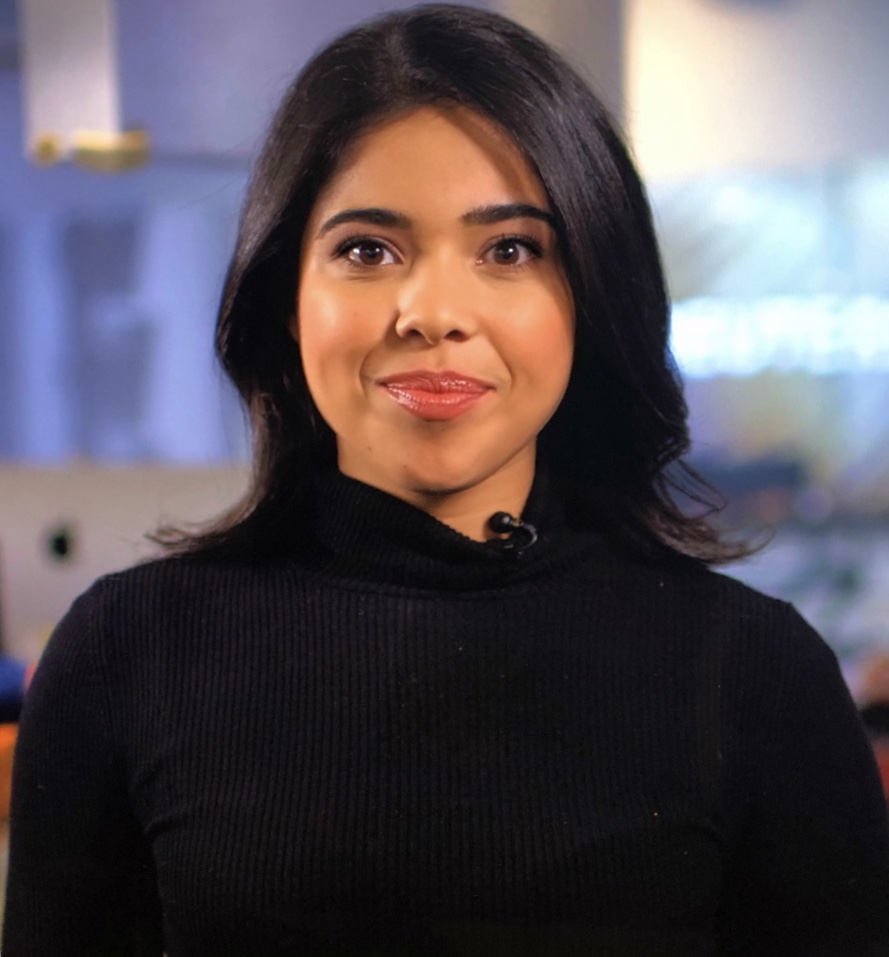 Yahaira Jacquez (moderator) is an award-winning bilingual video journalist for Reuters based in New York. She produces and reports on the most pressing financial, political, and international news stories of the day. Her videos have been published in The Washington Post, The New York Times, the BBC  and beyond. Yahaira has won awards from the Newswomen’s Club of New York, the Hearst Foundation and the Society of Professional Journalists. She has also received honors from the Rocky Mountain Emmy Awards with three wins in the news category.

About the NYWIFT Creative Workforce Summit