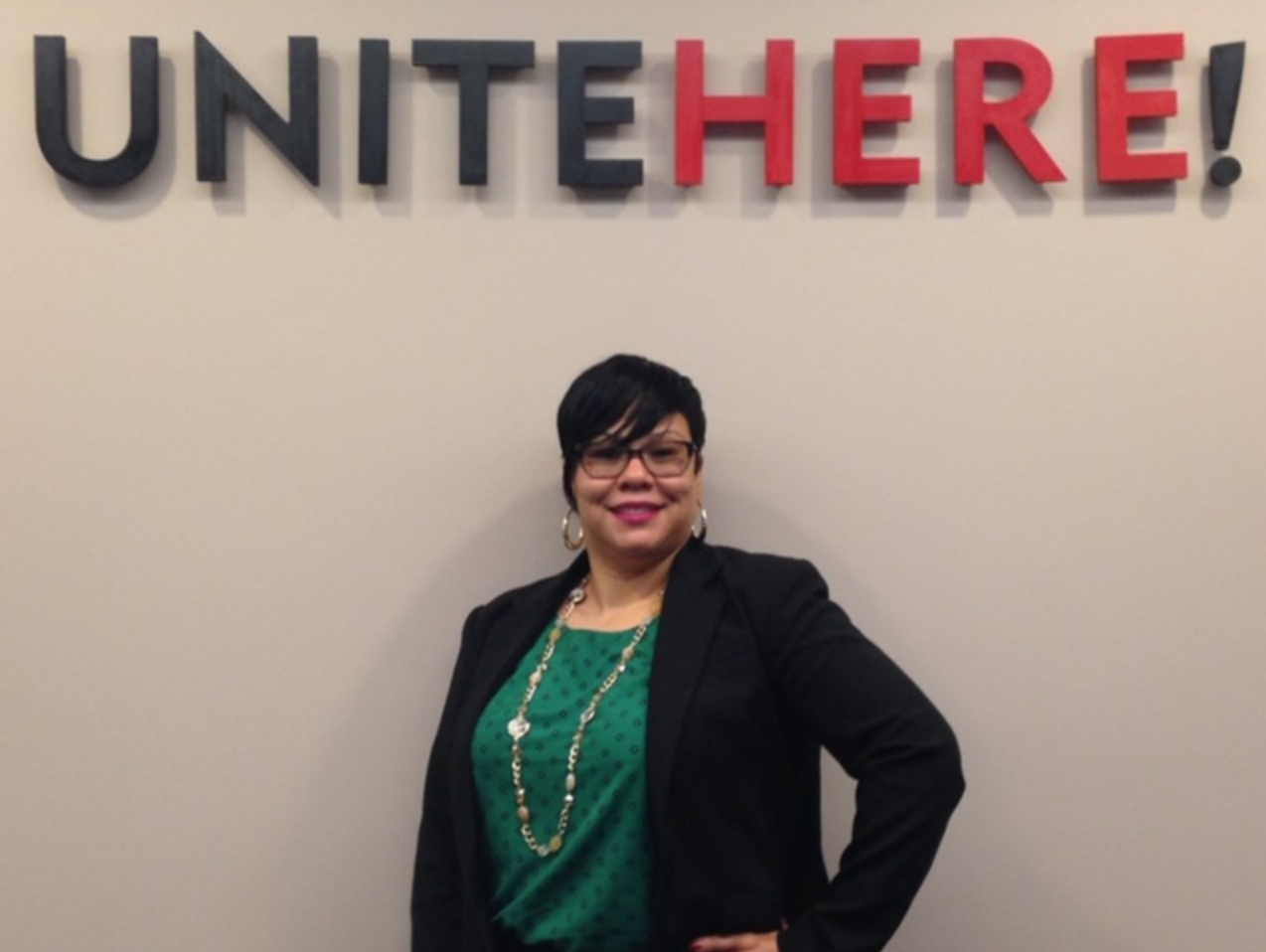 Nia Winston is President of UNITEHERE Local 24, Michigan/Ohio and Manager of the Midwest Joint Board of UNITEHERE,(MI, OH, WV and PA) representing workers who work in hotel, gaming, food service, airport, manufacturing, distribution, tech and transportation industries. She also formerly served as Executive Director and Recording Secretary for UNITEHERE Local 24. Winston is a driven labor leader with over two decades of experience. She leads the daily operations of UNITEHERE Local 24 and the MWJB which includes contract negotiations through collective bargaining, advancing the union’s economic, social, and political agenda in addition to advancing the economic and job interests of the union membership. The International Union appointed Winston to its Black Leadership Steering Committee, the focus of which is to develop and train Black rank and file leaders within the union.  She is a graduate of Wayne State University Labor Studies Program, and in 2016 Winston was honored with the Wayne State University Labor Education Rising Star Award.  In addition, Winston was awarded Labor Leader of the Year from the Michigan African American Institute in 2018. In October of 2018, Winston led UNITEHERE Local 24 striking workers at Detroit’s most profitable hotel, the Westin Book Cadillac, in the first hotel workers’ strike in Detroit in over 30 years. Workers were on strike for a month, and when an agreement was reached went back to work with a historic contract, which included a 20% raise for all workers (10% immediate upon their return), a 30% reduction in healthcare costs, groundbreaking technology language, and protections for pregnant workers. In 2019, Winston was elected General Vice President of the UNITEHERE International Union representing roughly 300,000 hospitality workers across the United States and Canada, serving as the first African American General Vice President in the union’s history. Winston currently serves on the Michigan AFL-CIO Executive Committee, the National AFL-CIO Taskforce on Racial Justice and on the Civil & Human Rights Committee. Today, President Winston continues to assist her union, staff and workplace leaders in organizing new members and workplaces in order to maintain and improve standards for working people in our communities. 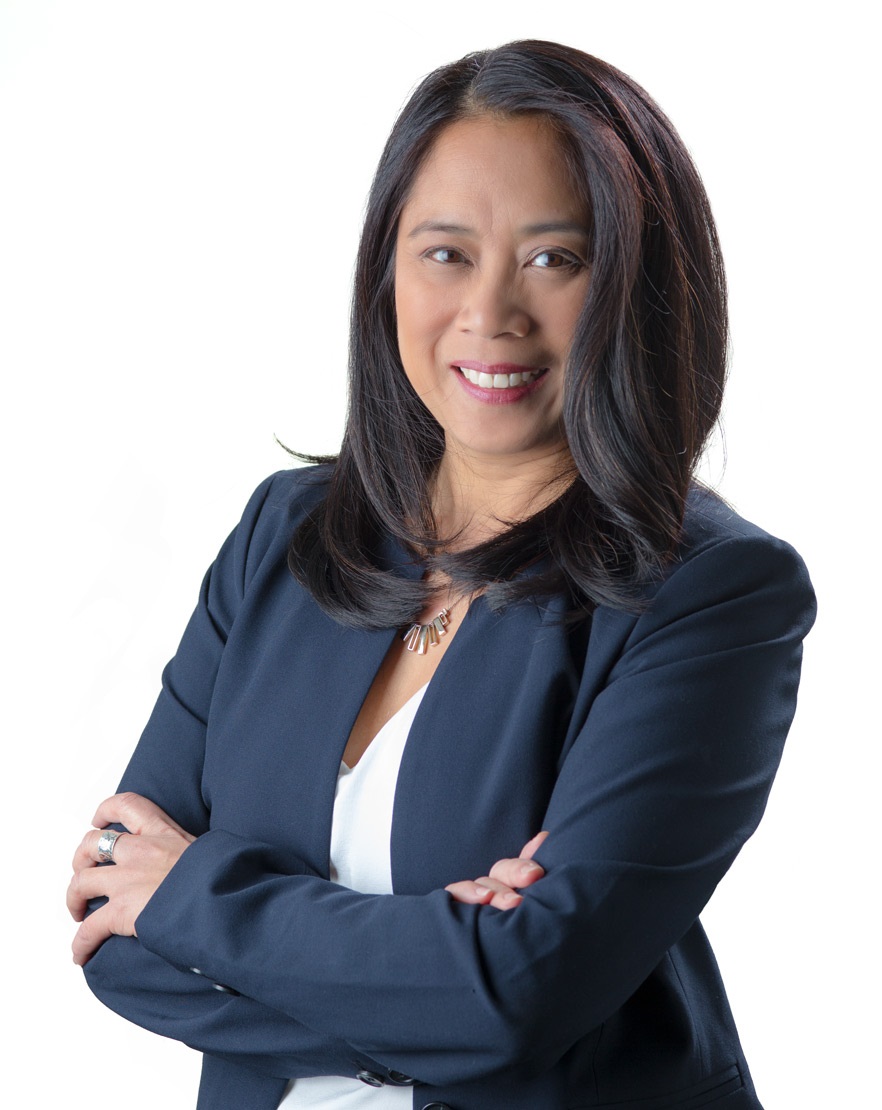 Anne del Castillo serves as the Commissioner of the NYC Mayor’s Office of Media and Entertainment (MOME).  A native New Yorker, del Castillo has more than 25 years of experience in film and TV production, public media, and arts and nonprofit administration. Commissioner del Castillo leads MOME’s efforts to bolster the city’s creative sectors of film, television, theatre, music, advertising, publishing and digital content creation, and also cultivate a sustainable nighttime economy through the City’s first-ever Office of Nightlife.  She has also served as an associate producer on the Sundance Award-winning documentary Imelda about the former First Lady of the Philippines; contributed as a panelist for the National Endowment of the Arts, Center for Asian American Media, and New York State Council on the Arts; and has presented at industry events, including South by Southwest and the Sithengi Film and TV Market in South Africa.

This panel examines the lack of organized labor for documentary and reality tv makers, the benefits and potential pitfalls of organizing, and collective bargaining opportunities that could exist in the documentary world.

This conversation will be moderated by NYWIFT Board Secretary, Maria C. Miles. 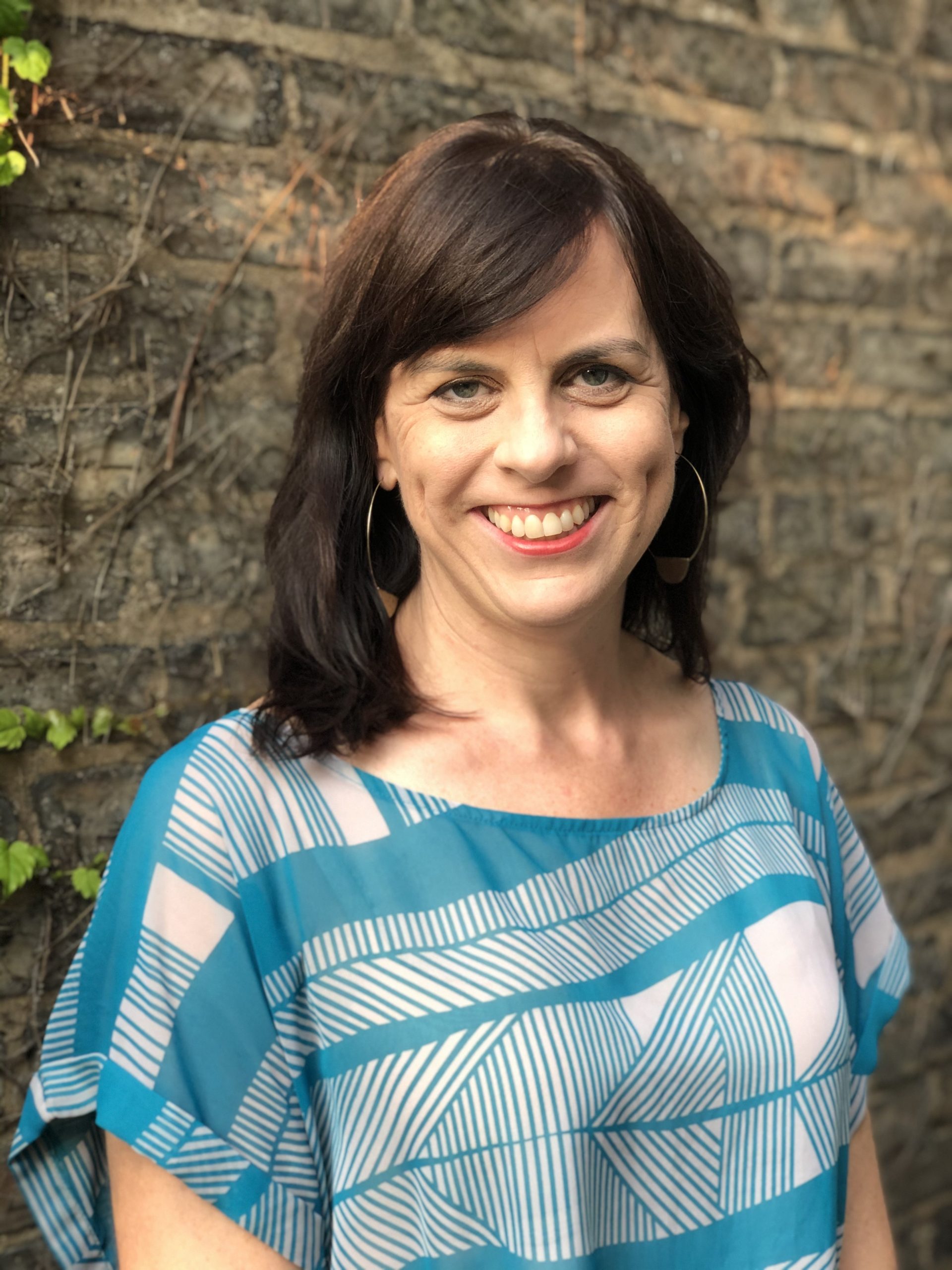 Maggie Bowman is a documentary filmmaker who joined the staff of the International Documentary Association in early 2020 to lead programming for the Getting Real Conference. She is the co-director of We Are Witnesses: Chicago—an Emmy-nominated series about Chicagoans who have been touched by the criminal justice system—and the Series Producer for Hard Earned—a duPont-winning Kartemquin Films series about American families working low-wage jobs. She is the former co-chair of the Labor and Economic Sustainability Committee of the Documentary Producers Alliance. Prior to her work in film, Bowman was a union organizer, working on campaigns with taxi drivers in the Bronx, nurses in Iowa, and home health aides in Brooklyn. 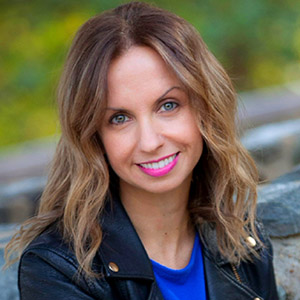 Caty Borum Chattoo is Executive Director of the Center for Media & Social Impact (CMSI), an innovation lab and research center at American University that creates, showcases and studies media designed for social change, in Washington, D.C. She is an award-winning documentary producer, scholar, professor, and strategist working at the intersection of social change communication, documentary and entertainment storytelling. Her documentary book, Story Movements: How Documentaries Empower People and Inspire Social Change, was published by Oxford University Press (2020). She serves on the Board of Directors of the Peabody Awards, Kartemquin Films, and Working Films. 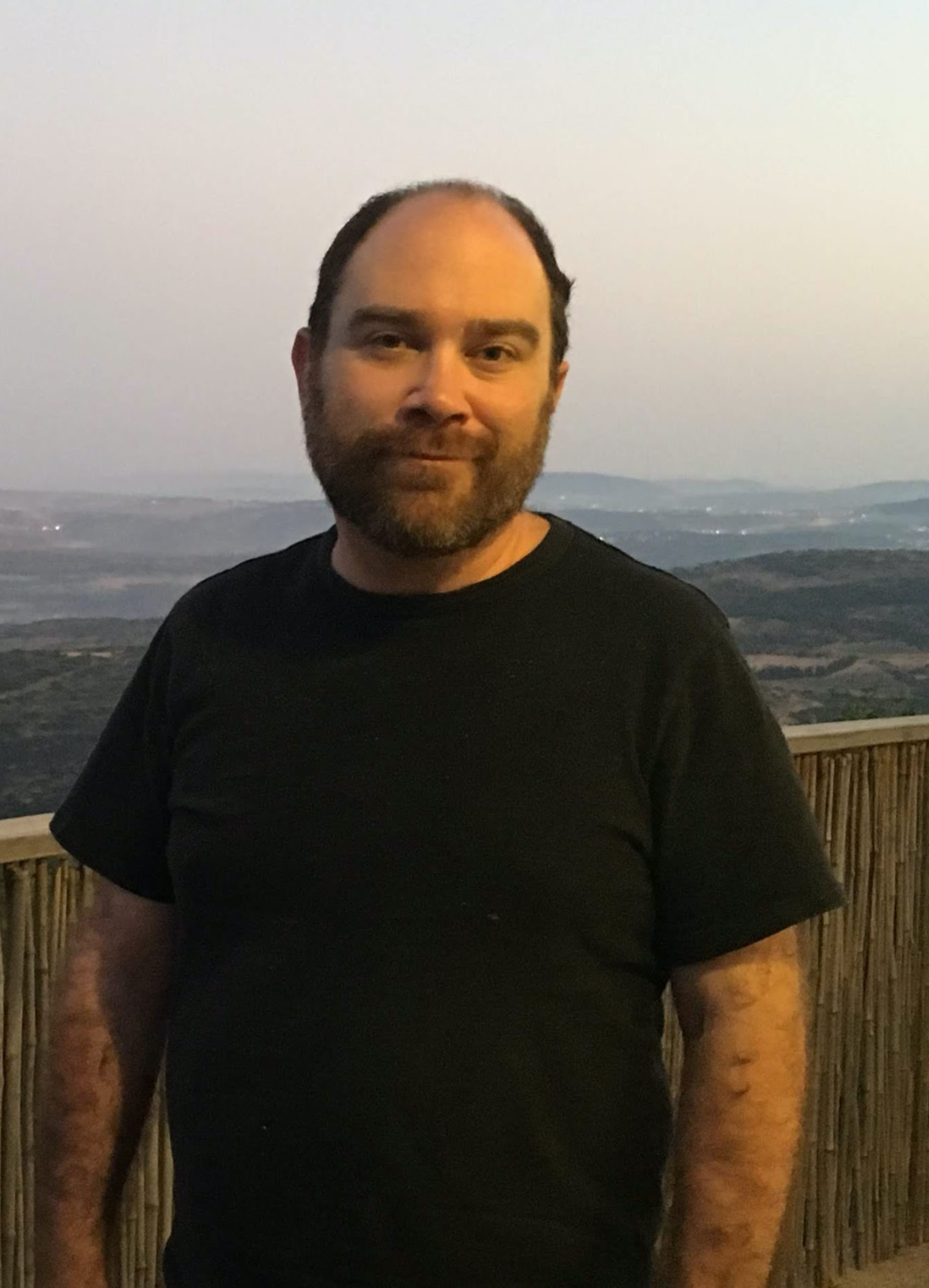 Andrew Greenberg is the Lead Strategic Organizer for the nonfiction campaign at the Writers Guild of America, East.  The Guild has Collective Bargaining Contracts at several NYC based production companies.  Most recently the Guild successfully organized VOX entertainment.   He has assisted the producers and other creative professionals in negotiating sustainable schedules, creating a path to portable health care, protecting journalist integrity and ensuring fair salary minimums.   The Guild continues to fight to transform an exploitive and unjust industry.   Most recently this fight has been led within the guild by the nonfiction Women of Color Caucus.  Prior to this he was the Research Director at Doctors Council SEIU, and he has also served his time as a graduate student in the Sociology Department at The Graduate Center. CUNY. 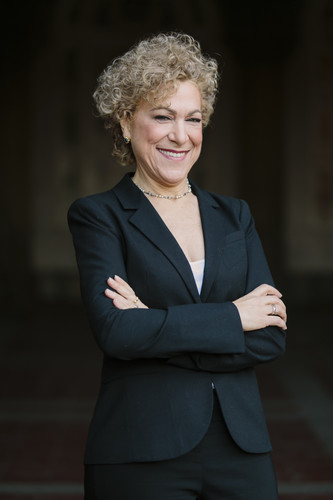 Susan Margolin is a pioneer of digital film distribution and a dedicated creator and supporter of independent films with over 25+ years’ experience.  Margolin co-founded the distribution company New Video/Docurama Films in 1992, and ran the company until she sold it to Cinedigm (CIDM Nasdaq) in 2012.  In 2016 Margolin launched St. Marks Productions, a production and distribution services company.  She recently produced Alexandra Codina’s Paper Children, a YouTube Originals production, and Nancy Buirski’s A Crime on the Bayou, which will premiere this fall.   She also produced Buirski’s acclaimed film The Rape of Recy Taylor(Starz)  and served as Executive Producer on Judith Helfand’s upcoming Love and Stuff, Zeva Oelbaum and Sabine Krayenbühl’s Obsessed With Light and Cheryl Miller Houser’s Generation Startup. Margolin serves on the board of directors of Chicken & Egg Pictures, Manhattan Neighborhood Network and BAFTA NY (emerita), the steering committees of the Documentary Producers Alliance (DPA) and The Creative Resistance, and on the advisory boards of Hamptons DocFest and NYWIFT. 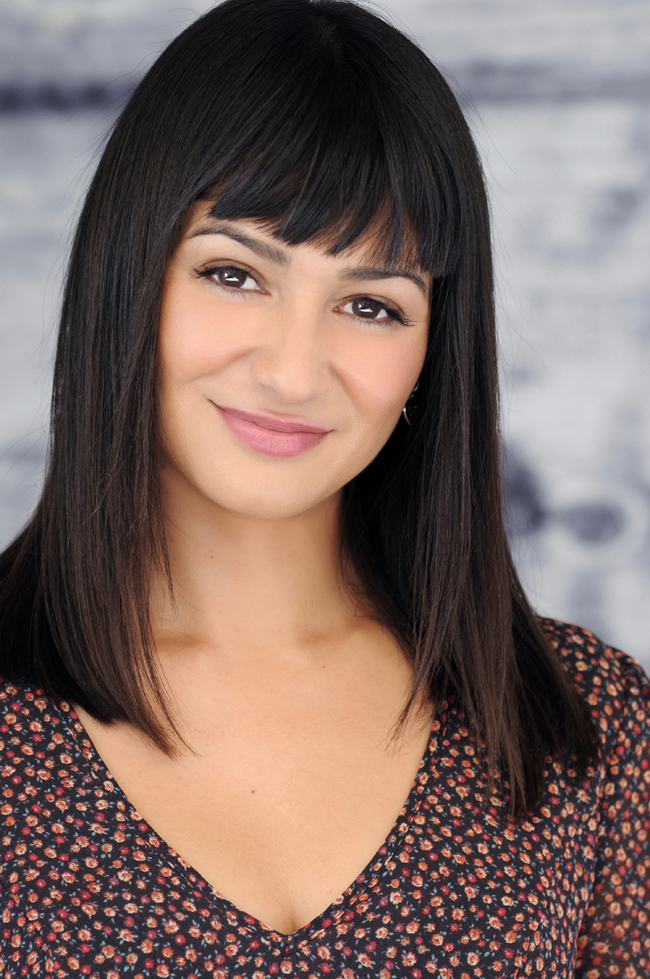 Johanna Vanderspool is an award winning narrative and verite Director, Writer and Executive Producer in documentary/scripted television, films,
branded digital content and commercials; with 20 years of development, production and post experience in Los Angeles and New York. Through her boutique production company, Rolling Ball Productions, she focuses on comedy, societal impact and female-centric stories. Her documentary and reality credits include: the BET Awards 2020, Hulu’s Defining Moments, Hallmark’s Kitten Bowl, ABC’s Extreme Makeover Home Edition, MTV’s True Life, Travel Channel’s Bizarre Foods, Verizon’s How Sweet The Sound, SYFY’s Live From Comic Con, IFC’s Gigi Does It, Esquire’s Knife Fight, MTV’s UnDressed…to mention but a few. As an adopted minority into an American Caucasian family, she has always fought for women, marginalized voices and is active against injustice. In 2018, she started a labor movement for non-fiction freelancers across all roles and genres that resulted in creating the Non-Fiction “Union.” After building a 2,600 member coalition of passionate documentary and reality creative and logistical producers, directors and writers across the country, the NFU is in the process of becoming a 501c nonprofit. Working with Guild leaders and galvanizing non-union workers, she hopes to unionize and transform the reality and documentary landscape, so that we may all receive traditional benefits and be in protected, safe work environments.

Maria C. Miles (moderator) is the founding partner of an entertainment law firm with offices in New York. Maria’s practice focuses on all areas of entertainment law including, film (narrative and documentary), music, publishing, fashion and new media. Prior to starting her own practice, Maria was general counsel for a multimedia start-up where she oversaw a diverse range of matters including webisode production, technology licensing, trademarks and copyrights. Maria has worked with award-winning producers, directors, writers, actors, television hosts, multi-platinum recording artists, and corporations in the fashion and sports industries related to their entertainment matters. Maria is an Adjunct Professor at The Feirstein Graduate School for Cinema and serves on the Board of Directors of New York Women in Film & Television.

About the NYWIFT Creative Workforce Summit