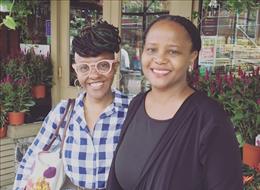 “Caroline’s Wedding” is based on a short story by MacArthur Fellow Haitian-American writer, Edwidge Danticat. The story is set in Brooklyn in the early 1990s during the early days of the AIDs epidemic and when Haitians were one of the groups singled out as the cause of the disease. The narrative explores transgenerational and transcultural lives of three Haitian women. First we have Caroline, the younger sister who loves her family, but resists Haitian traditions to embrace life as a modern, young American woman; then we have Ma who is devoted to her Haitian beliefs and rituals; finally we have Grace who becomes a U.S. citizen at the beginning of the narrative and who is visited by her deceased Papa’s spirit in several magically realistic dreams.

The script for the film was selected as the Grand Prize Winner of the 15th annual American Zoetrope Screenplay Contest in February of 2018: https://www.zoetrope.com/contests/screenplays-2017/.
Also “Caroline’s Wedding” received the Individual Artist grant from the New York State Council on the Arts for 2020.

We plan to shoot the film in several neighborhood throughout Brooklyn in Fall of 2020.

For more information about the project, visit: www.carolinesweddingthefilm.com or contact:easmanie.michel@gmail.com.