Boxed In: Women On Screen and Behind the Scenes in Television 2019 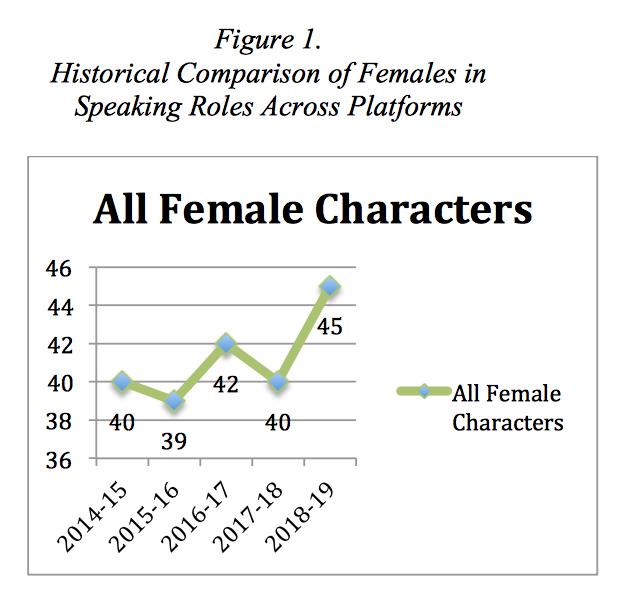 The Center for the Study of Women in Television and Film at San Diego State University has just released the 2019 Boxed In: Women On Screen and Behind the Scenes in Television report. Now in its 22nd year, the study provides the most comprehensive historical record of women’s onscreen portrayals and behind-the scenes employment available. The study examines dramas, comedies, and reality programs appearing on the broadcast networks, basic and premium cable channels, and streaming services.

In 2018-19, the percentages of female characters on screen and women working in key roles behind the scenes increased on television. Across broadcast, cable, and streaming platforms, female characters comprised 45% of all speaking characters, up from 40% in 2017-18. Behind the scenes, women accounted for 31% of all creators, directors, writers, executive producers, producers, editors, and directors of photography. 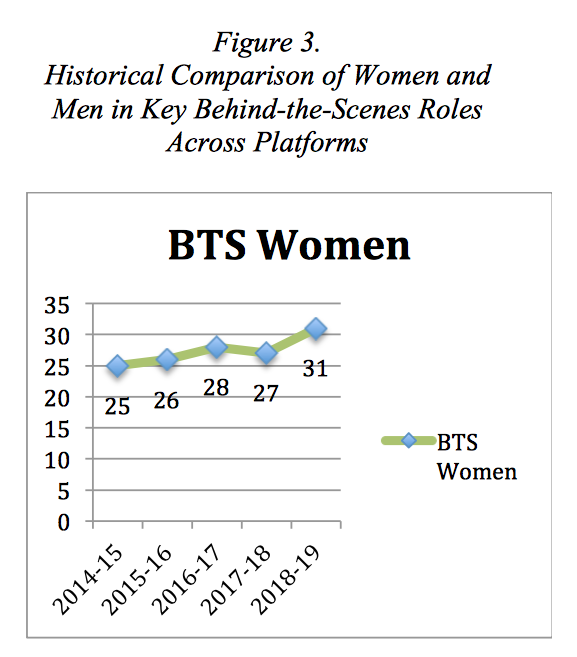 While it is heartening to see moderate but widespread gains this year, we need to consider the numbers within the larger context of women’s employment in television.  In 2018-19, women comprised 26% of directors.  This is a historic high, up from 17% in 2017-18. However, men continue to direct the vast majority of programs.  In this context, “historic high” still means that men outnumber women 3 to 1 in this role.

Over the last 22 years, the study has recorded data on over 43,000 characters and more than 55,000 behind-the-scenes credits.

“It is heartening to see moderate but widespread gains for female characters and women working behind the scenes this year, but we need to consider the numbers within the larger context of women’s employment in television,” said Dr. Martha Lauzen, executive director of the Center.