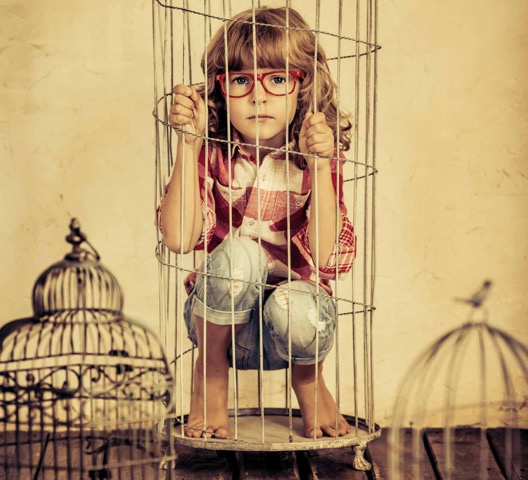 SYNOPSIS:
In a prosperous suburb in 1986, New Jersey, an 11-year-old girl discovers her father is a child molester and has been using her as bait. Will she protect him or tell the truth in this heartbreaking true story?

BAIT is the script I swore I’d never write. This was the one rule I had never broken despite my rebellious streak. As I got older, however, I realized the inability or unwillingness to speak only favors the abusers. The time has come to change this. I am stepping forward to tell my story and I want you to tell yours. The more of these stories we hear, the more we will realize we are not alone, and the more we will understand the patterns of abuse so we can prevent it from happening in the future. Help me break the cycle. Help me make my film.
Help me help others tell their stories. Please donate today.

JAMIE RUDDY (WRITER/DIRECTOR):
Jamie began her career as a writer when she won the Outstanding Achievement in Screenwriting at NYU’s film program. Soon after, she wrote a screenplay for hire for Universal Studios. Her writing career has grown to include copywriting, prose and journalism. And her latest screenplay, BAIT was chosen for the NYWIFT From Script to Pre-production Lab 2017, the NYU Production Lab 2018, IFP Week 2019 and made finalist for the Austin Film Festival Screenwriting Competition in 2017.

Her career as a director and producer started alongside her screenwriting work. At NYU she directed and produced two award-winning short films. Since then she has continued to make shorts, commercials, web content, docu-series and a feature documentary. She was also chosen for the Samsung VR Lab where she wrote, directed and produced a narrative VR horror film, half shot in 360 video, half created in the Unity3D gaming engine.

Jamie returned to NYU to attend the masters program at NYU ITP where she started her work as a technologist. At ITP she focused her projects on integrating narrative with technology and studied programming, physical computing, game design, experience design, UX design, product design and machine learning. Her professional work as a technologist started at The Mill in the Emerging Tech department where she worked on projects ranging from lighting installations and wearable technology to heading up their makerspace. Her technology work includes VR, AR and interactive installations for Amazon, Asics, AT&T, BMW, Ford, IBM, Modcloth and Warner Brothers.