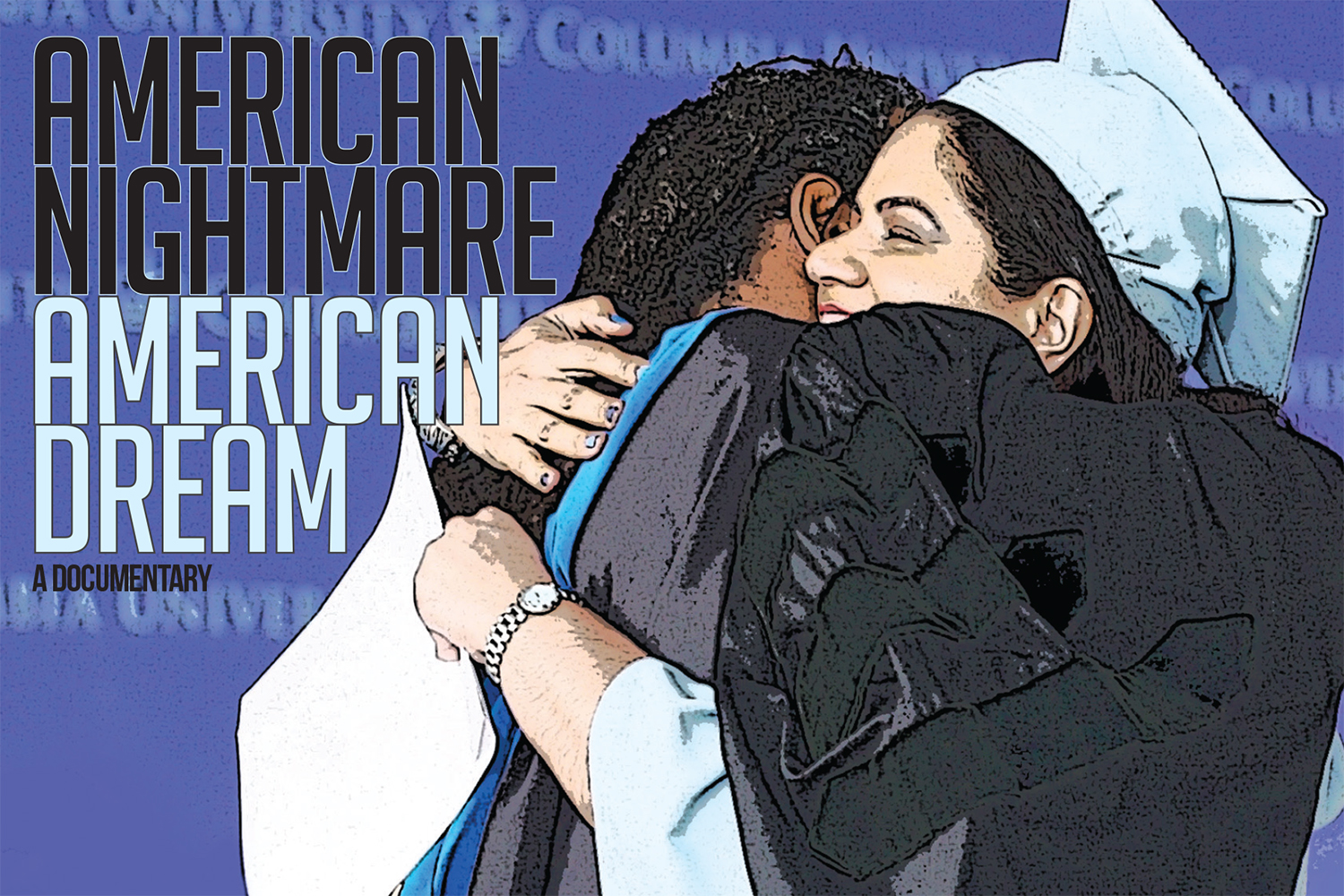 American Nightmare / American Dream presents the stories of four women who overcame inequality, as well as unfair laws and practices, to succeed despite their time spent in homeless shelters and prison. Three of the film’s featured participants: Leyla Martinez, Shawnta Alston & Hirah Mir will be on hand to discuss the project. They are now working to help other low-income people achieve a  college degree as a path to the American Dream. When completed the film will travel to high schools, community centers and religious congregations to inspire young people and be a part of our solution for America’s future.

For years, women on welfare have been plagued by stereotypes: they’re lazy, they’re “welfare-queens,” they have more children to get more money. The truth is, welfare only lasts for a maximum of 5-years and afterwards, these women are forced out of school and into menial jobs just to keep their heads above water. Low-wage jobs and even a 2-year degree do not change the statistics on poverty. What does work?: a 4-year college degree. In fact, here’s what a Report sponsored by Ford Foundation says: “90% of women who get a 4-year degree move permanently off of welfare.”

We wanted to address America’s serious problems with income inequality and huge differences in access to education directly, so we decided to make a documentary on the lives of women who, even while needing public assistance, decided to change their lives via a college degree. We have finally found the right women — and their stories are amazing! Better than we could have dreamed. They are the examples — and inspiration — for others who don’t think of themselves as college material. As one young woman says, “You gotta see it to be it.”