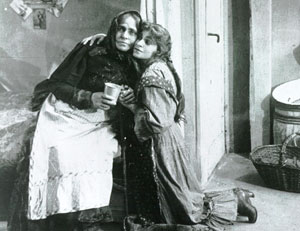 Grant Awarded to:  The National Center for Jewish Film

A Vilna Legend features the classic tale of frustrated love. A yeshiva student and an orphan girl who are deeply in love face eternal separation even though their parents promised them to each other before birth. Only the prophet Elijah’s miraculous intervention allows their parents to fulfill their vow and the couple their love. The film is a unique glimpse into the vibrant Yiddish theatre and cinema of the 1920s. Originally a silent film (1924), the film was re-cut by New York Yiddish actors in 1932, directed by George Roland, with added narration and new scenes which gave the narrative a more dramatic form. The film features Yiddish star Ester-Rokhl Kaminska, in her only screen performance, along with her daughter, Ida Kaminska. 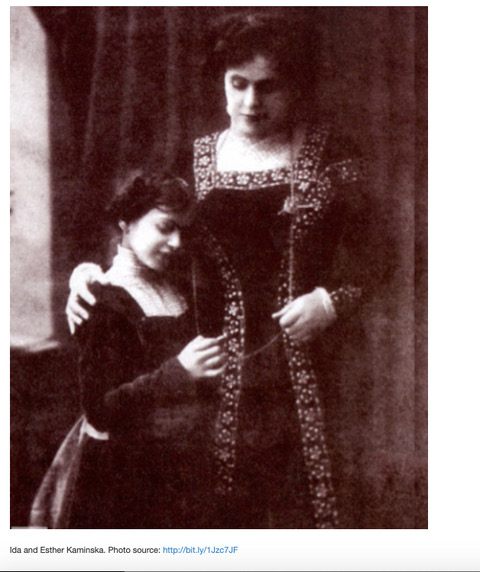 Ester Rachel Kamińska, 1870 – 1925, was a Polish Jewish actress, known as the mother of Yiddish theatre. She won fame as the star of a series of Yiddish theater companies managed by her husband, Avrom Yitshok Kaminski, touring in the cities and small towns of the Russian Empire from around 1893 to 1905. In Warsaw, in 1907 they founded the Literary Troupe (Literarishe trupe), the first Yiddish theater company to dedicate itself to a ‘literary’ or ‘artistic’ repertoire.

Ida Kaminska, 1899 –1980, daughter of Ester Kaminska, acted as well as directed plays for her father’s theater troupe. In her long career she produced more than 70 plays and performed in more than 150 productions. After WWII, she immigrated to the United States where she continued to act. Her 1965, starring role as Mrs. Lautmann in the Czechoslovak movie The Shop on Main Street earned her an Academy Award nomination for Best Actress in a Leading Role for 39th Academy Awards.

Preservation Credit:  Preservation and restoration was made possible by the National Endowment for the Arts, Rita J. and Stanley H. Kaplan Foundation in memory of Gladys & Saul Gwirtzman, Women’s Film Preservation Fund of New York Women in Film and Television, and by Claire & Albert Schussler in honor of their parents Celia & Jacob Grossman and Ida & Harry Schussler.