These seven short Bette Gordon films combine the formal concerns and optical printing strategies, with a focus in landscape and the urban environment, of the avant-garde structuralist film movement of which Gordon was a major part. An M.F.A graduate of the University of Wisconsin, Madison, Bette Gordon was first noticed alongside her former husband, James Benning, in the mid-1970s.

Unusually, Gordon has worked successfully in both avant-garde and narrative. Her use of color and of black or white tonalities is especially note worthy in both forms. Called “an independent filmmaker with a penchant for unorthodox subjects” by critic David Sterrit, Gordon’s films have been celebrated for their willingness to tackle topics like pornography, masculine identity and motherhood from a decidedly feminist point of view. Still an active filmmaker of features and experimental shorts, Gordon is a professor at the Columbia University School of the Arts in New York City. 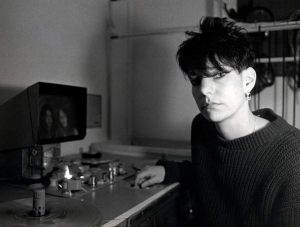