She has also served as an associate producer on the Sundance Award-winning documentary Imelda about the former First Lady of the Philippines; contributed as a panelist for the National Endowment of the Arts, Center for Asian American Media, and New York State Council on the Arts; and has presented at industry events, including South by Southwest and the Sithengi Film and TV Market in South Africa.

Commissioner del Castillo sat down to discuss what’s in her toolkit.

What is the one thing you can’t live without during your day on the job?

Coffee and my cell phone.

As the Commissioner of MOME, you have a very full and challenging job, juggling a lot of balls, especially now during COVID. What do you do to help de-stress?

Having a set routine really helps. I start the day with morning yoga followed by breakfast with my son. In the evening, I log off for a couple hours to catch up on his day. Those little moments go a long way to keeping me grounded and out of my head.

What do you love most about your job?

The Mayor’s Office of Media Entertainment supports a broad cross-section of creative industries that represent the core identity of New York City and why people choose to come here from all over the world. The city’s creative community is so rich in diversity in terms of genre, expression, language, size, scale, geography–there is creativity in every nook and cranny of this city, often in the most unlikely places. To be able to engage with that energy and vision every day and support its growth, development and visibility is a real privilege.

Ironically, I’m probably in better health than I’ve ever been. Working from home and especially when my son was doing remote learning (he recently went back to in-person learning), I do less takeout and eat more home-prepared meals at the dining table with him rather than at my desk. Mentally and emotionally, the isolation can be a bit of a challenge, so I make sure to check in with family and friends and stay connected to supportive networks. I do more talking than texting these days, because that human connection is so affirming.

I know it’s hard for the team. We tend to work collaboratively, so not being able to walk down the hall or huddle up in the conference room can be challenging. But the teams do frequent check-ins and we have a dedicated group that organizes staff gatherings via zoom. It’s not the same but I think it helps keep people connected. The team is doing such impactful work under the most difficult circumstances, so we try to celebrate the work they are doing at every opportunity.

How has your role shifted from pre-Covid to Covid?  How have your priorities shifted?

When the city shut down, MOME went from cheerleader to crisis manager. The first order of business was to reach out to see how our sectors were surviving, get their feedback and connect businesses and workers to information about financial assistance, unemployment benefits and other resources and supports. Then, when New York State began to allow us to reopen, we turned our attention to ensuring that the industries that could open first – restaurants and television and film production – were aware of state reopening guidance and COVID protocols and had campaigns like “Take Out, Don’t Hang Out” and “Socialize Responsibly” to ensure New Yorkers supported their favorite businesses safely. At the same time we also started setting up on-line and outdoor programming for industries like theatre and music, that were still locked down.

What are you looking forward to most as the city starts to open up and move forward?

I look forward to being able to sit in a theatre with an audience and going to a club where there’s dancing.

The most challenging part of the job is also the most rewarding: helping the sectors we serve understand how government can be productive partners in strengthening, stabilizing and growing the creative economy.

You have such a rich and varied professional background – from the arts, to business, to the law! Are these pursuits of equal interest to you, or do you have a favorite? What was your initial career intention, and how did it lead to such an eclectic background?

I actually had zero career intentions. At best, I knew I wanted to do something interesting and work with interesting people. That’s still true. When I was in high school, I worked on a dinner cruise ship and thought hospitality would be fun. Then in college, I gravitated more toward writing, photography, and publishing. I ended up interning for an avant-garde multi-media artist, Richard Kostelanetz, doing audio recording and copy editing a series of artist anthologies.

After college, the journey was rather serendipitous: I did a series of internships in theatre, film festivals, and public television that ultimately led to jobs in film and production, non profit arts administration, fundraising development and business affairs. Negotiating acquisitions for the POV series is what sparked the idea to go to law school. So I did that at night while working full-time and caring for a newborn. I joined MOME as General Counsel in 2014. I’ve been very blessed to connect to the opportunities I’ve had, each of which has allowed me to grow in my ability to support and advocate for the creative sector which has nurtured me to where I am.

What words of advice or encouragement do you have for people eagerly awaiting the return of our beloved arts and cultural events?

Support your local arts groups and entertainment venues in whatever way you can. And above all, follow public health protocols and get vaccinated so that we can ensure a safe and strong recovery. 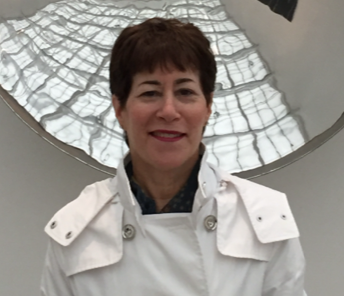 Following a distinguished and rewarding career in film publicity and marketing, Terry is currently the owner of Short and Sweet Productions (www.shortandsweet.nyc). She served on the NYWIFT Board for six years, and is now happily ensconced on the Advisory Board.

View all posts by Terry Greenberg

Journal from the Woodstock Film Festival: Daughter of a Lost Bird

NYWIFT member Fran Montagnino shares a taste of her experience at the 2021 Woodstock Film Festival, including the poignant screening of Daughter of a Lost Bird, winner of the NYWIFT Award for Excellence in Documentary Filmmaking.

What makes COVID-19 even deadlier? Racism in medicine. NYWIFT member Crystal R. Emery’s documentary The Deadliest Disease in America traces the history of racism in American health care from the brutal medical experimentation forced upon enslaved peoples to the modern-day inequity in fatality rates and access to treatment experienced by people of color during the pandemic.

Helping a Mentee Spread Her Wings

Each and every individual whom I’ve mentored has been special—and I’m proud of them all in what they have achieved; however, one mentee and her achievement in particular stands out for me. Her name is Sophie Meissner and her achievement is a short film called, Keep Your Head Up, Sweet Pea!