Women filmmakers throughout history have often been at the forefront of advancing social change, and NYWIFT member Idil Ibrahim is no exception. An award-winning writer, director, and producer, Ibrahim’s work has been featured at some of the top domestic and international film festivals including Sundance, Toronto International Film Festival, Clermont-Ferrand International Film Festival, and IFFR. Ibrahim is passionate about human rights, humanitarian issues, and global education. She is a contributor to the popular blog Everyday Africa and sits on the advisory board of Bronx Documentary Center’s film program.

Sega portrays the harrowing experience faced by so many immigrants. When Sega’s efforts to reach Europe prove unsuccessful, he is thrust back to Dakar where he must confront his family and friends and navigate his disappointment as well. It was recently acquired by Canal Plus for distribution throughout Europe and Africa.

NYWIFT will screen Sega as part of its March 2021 installment of the NYWIFT Member Screening Series: The Social Impact Shorts Program. Ibrahim sat down with us to discuss the making of the film and how she hopes it might change viewers’ perception of modern immigrant stories. 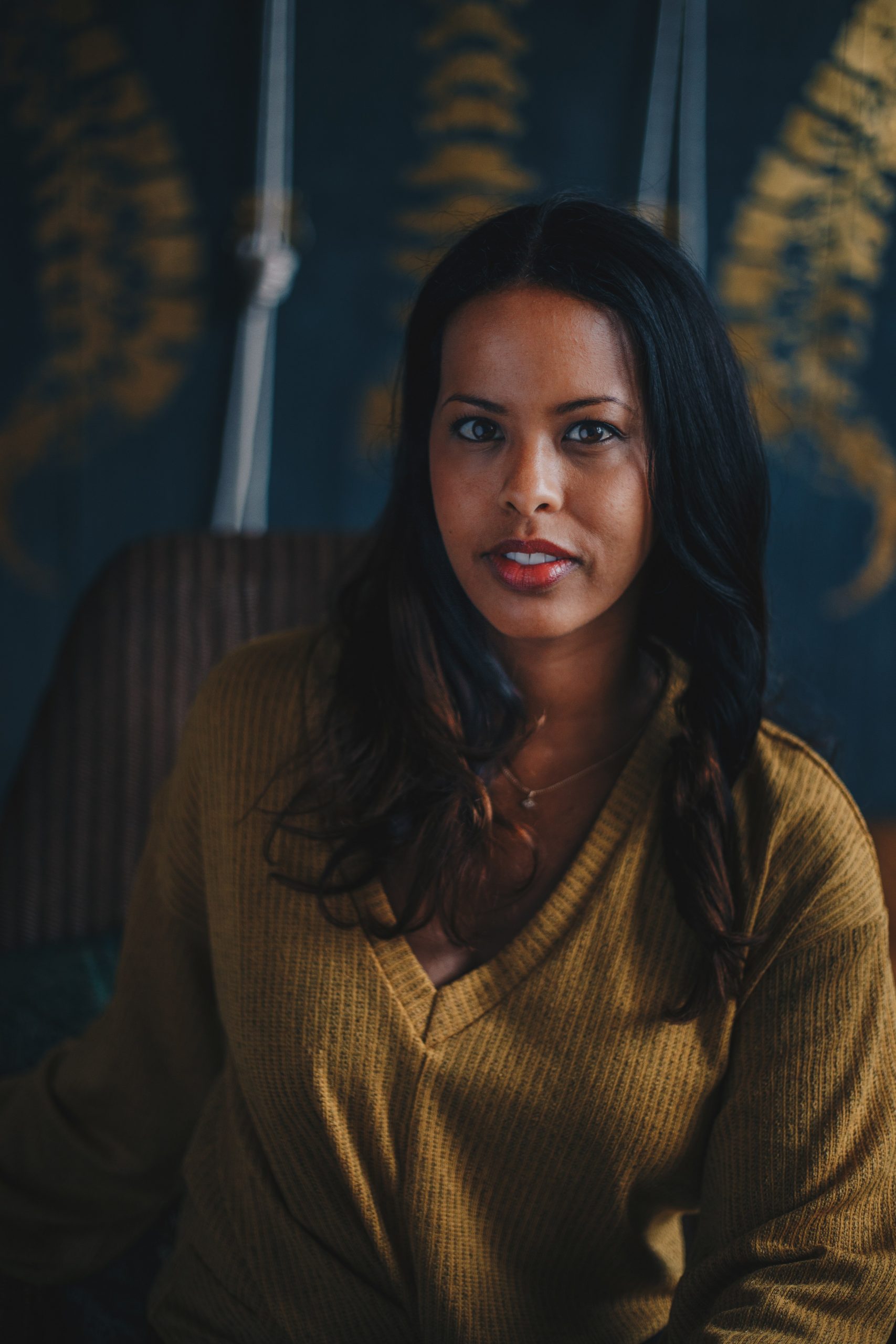 What inspired the story of Sega? Are Sega and other characters in the film based on real people?

We need to diversify and elevate Black stories, both locally and globally. After dealing with a personal loss, I traveled to Senegal to embark on a healing journey. It was there that the story first came to mind. Sega was inspired by the myriad of migration stories and experiences. While the actual name “Sega” is the name of a friend in Dakar and used as a dedication to him and the friends I met on my journey during a difficult time, the narrative of Sega is purely fiction.

Towards the end of our shoot in Senegal we met a man named Papalaye who survived a treacherous sea experience, spent three years in Spain, and was ultimately deported. He shared his stories with us at wrap and I was struck by the parallels to my piece of fiction. Meeting him underscored to me that our character’s life and experience is very similar to the lived experience of so many immigrants and migrants.

You do a wonderful job immersing the viewer in this world and culture in such a short period of time. What sort of research did you do while preparing to shoot the film?

Dakar, Senegal is like a second home for me; I lived there for a few months long before I wrote the script.  It wasn’t until I met Alassane Sy, our lead actor, that I wrote it and returned a few years later to film. In those in between years, I interviewed many migrants and immigrants from Senegal and other West African countries to learn of their stories and struggles towards a better life. The texture and feel of the film is a result of that research, my time in Senegal, and my passion for human rights.

The United States is a nation of immigrants, both documented and undocumented. Its entire history is an amalgamation of migration, both voluntary and forced. In order to reckon with the emerging political discourse around racism, xenophobia, and social inequities, Americans need to confront these histories.” – Idil Ibrahim

What was your favorite part of making this film?

Honestly, I wish every production was as amazing as this. I attribute it to our incredible cast and crew, hands down. Everyone was so passionate about bringing the project to life! It was truly collaborative and I find since that experience, I’ve been doing my best to recreate that magic and camaraderie on shoots.

And the most challenging?

The intermittent electricity and filming on location was challenging at times, but we soldiered through and found creative solutions to achieve my creative vision. The bigger challenge was exercising patience with our self-funded, shoe-string budget. Our crowdfunding campaign was a boost to cover most production costs, and, in-kind support and self-funding took us to the finish line. It literally took years and lots of patience to see the project through. This is what makes the warm reception and global recognition around the film that much more rewarding.

The film has screened around the world. What has the reaction been like from various audiences?

The response has been truly affirming. In today’s world, with migration at an all-time high, I’ve found that viewers have been able to relate and find points of connection with this particular narrative.

One of the more moving experiences was when we screened Sega in competition at Clermont-Ferrand International Film Festival in central France. A group of undocumented minors from Guinea viewed the film and found resonance in the character Sega’s experience. They later discussed their impressions on the Radio Campus Clermont Ferrand podcast to chat about the larger questions in the film, this notion around “return,” the push/pull factors that led to their choices to migrate, and the obstacles and challenges they faced compared to the character in the film. It meant a lot to them to see this story represented on screen, and in turn that meant the world to me. That was just one film festival. The film has screened all over the globe and the conversations sparked by the film have been wide-reaching and deeply inspiring. 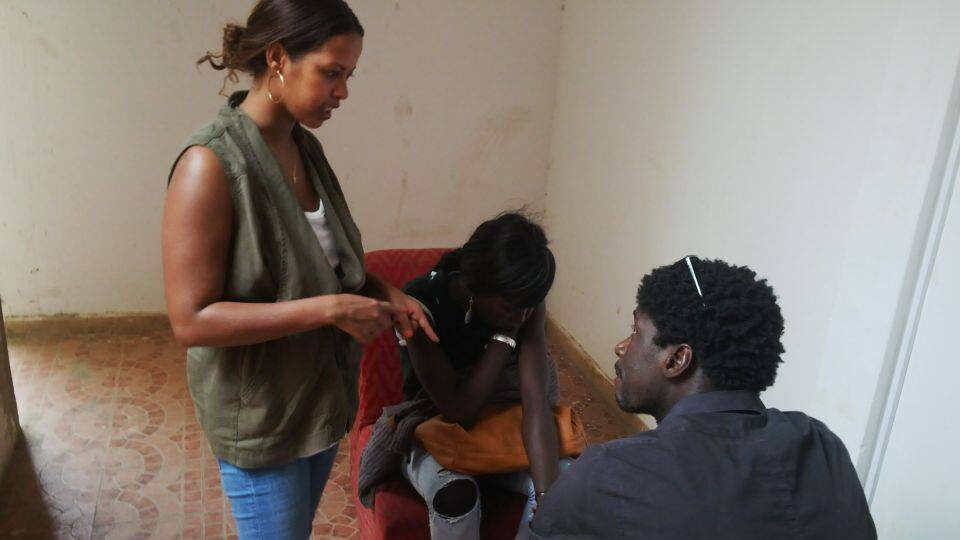 Idil Ibrahim behind the scenes on the set of Sega.

What do you hope American viewers in particular will take away from this story?

Good question. Sega is an American story as well. The United States is a nation of immigrants, both documented and undocumented. Its entire history is an amalgamation of migration, both voluntary and forced. In order to reckon with the emerging political discourse around racism, xenophobia, and social inequities, Americans need to confront these histories. Look at the numbers of attempted daily crossings at the US/Mexico border. Look at Florida, Texas, and California – states with the biggest immigrant populations. If we truly want to forge a more just and equitable world, we need more compassion and empathy to recognize our shared humanity. That’s what I hope Sega does.

I have a few exciting directing projects in the pipeline. Stay tuned! I’ve been doing my best to nurture my creativity in this wild time for us all.

Watch Sega along with eight other shorts by NYWIFT members at the NYWIFT Member Screening: Social Impact Shorts Program March 25-29, followed by a Q&A with Idil Ibrahim and the other filmmakers on Monday, March 29 at 5 PM EST. Register here.