Heidi Elizabeth Philipsen-Meissner is a director, producer, writer and actress with over two decades of professional experience in international film, television and communications. She has directed multiple, award-winning short films, commercials and music videos. Her latest film is her feature debut Darcy.

In addition to her extensive and impressive list  of accomplishments, Heidi is a member of the Alliance of Women Directors, The Director’s List, Producers Guild of America, the Motion Picture Institute’s Directors Alumni Club, NYWIFT,  and is the Founder & President Emeritus of UPWIFT (Upstate Women in Film & Television). And she’s a mother of two.

I recently caught up with Heidi and she shared some valuable insights.

How do you manage being a (present) mom and maintaining your pre, film and post-production schedules?

I manage being a mom like any other working mom—by maintaining a daily work schedule and sharing the duties of parenting with my “tribe,” which in my case, is my husband (and mother on occasion). But my kids are now in their teens and, thankfully, much of our good choices in parenting are paying off now—they are independent, social, hard-working, kind, aware and incredible human beings.

And an independent film has different seasons to it, so you can adjust to each “season”:

There is development, when you are very much on a consistently paced and more reliable workday. Pre-production ramps up a bit, but if you’ve prepared well, it’s predictable to a point. Production—well, you’ve found your support system with the kids and remind everyone that it’s not forever (six weeks, usually). And post-production ramps down to a more seasoned pace after production.

But my children have grown up with me working on films, they’ve been in films, and apprenticed on films themselves, and they have been well-prepared to know me and my schedule during those times.

I also have to say that when I’m not working, I’m totally about them… and I feel that I have it easier in that way than many mothers who work 8 AM – 7 PM, five-days-a-week, with only two-week’s vacation a year.

That being said, I’ve learned to multitask with the best of them and love it. It’s just the way I’m built. I wouldn’t have it any other way.

When I work, I work mostly from my home office at hours that fit well with my kids’ lives, until I’m in production, and then I’m gone. They come and see me on location and either hang out, loving being a part of the “traveling circus,” or they take off and spend time with my husband, their father, who is a brilliant parent.

Honestly, I have two loves – my family and my work. Making films is such a part of me that my family accepts I can’t breathe without it. It’s almost as if it’s another family member for them… and I don’t work with people who I can’t trust around my family. I’ve been there, done that and learned the hard way that it’s just not worth it.

If you could write a message in a bottle that your great-grandchildren would find 75 years from now, what would that message be?

“I’m sorry that I am not here to meet you in person, but know that I’ve left as much of a mark as I could during the time that I was here so that you could know me and know that I did it all for you.

You do know me, however. You know me in all I have written—over fifty journals and notebooks, you know me in the films I have made, in the stories I have told, in the children I have born who are now your grandparents.

I did it all, so that you may know your legacy, pick up the eternal flame, and carrying it along your journey, leaving behind the same for your great-grandchildren, and so on, and so on.”

What do you look for in seeking a mentor for your daughter’s career?

I sought out several mentors for Sophie throughout the process of making Keep Your Head Up, Sweet Pea [written and directed by daughter Sophie, starring Heidi and Sophie] while we were in Hamburg, Germany, and  it turns out that the Hamburg chapter of Women in Film & Television, Germany truly stepped up to lift my daughter up. Professionals who worked in various areas of the industry – one a 1st A.D., one a producer, one an actress, an editor, and a film music composer. These were incredibly generous women who were happy and honored to take a couple of hours out of their day to speak about their craft and give Sophie pointers.

Good mentors are professionals with big hearts and brilliant leadership skills. I always feel blessed to have such mentors and I’ve taught my daughter to respect their time and consider their gift to her a huge blessing, too.

You can see the names of those mentors on her film, hopefully screening soon at a film fest near you. 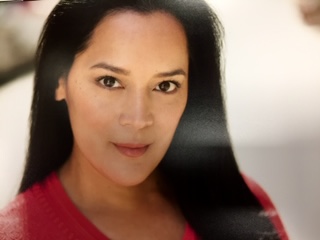 Cassandra Seidenfeld is an Actress, Producer and Screenwriter. New works include the dramedy short film The UnAfFair (2021) and the romantic comedy feature film Pinpoints, a collage of New York Stories that intersect through seemingly metaphysical moments of litigation attorney Jessica Kleine. www.CassandraSeidenfeld.com

View all posts by Cassandra Seidenfeld

As the Commissioner of the NYC Mayors Office of Media and Entertainment, Anne del Castillo has a very full and challenging job, juggling a lot of balls, especially now during COVID-19. A native New Yorker, del Castillo has more than 25 years of experience in film and TV production, public media, and arts and nonprofit administration. She discusses what's in her toolkit, and how she has led MOME "from cheerleader to crisis manager" during the the pandemic.