As someone who recently transitioned careers from an entertainment publicist to a first time filmmaker, I’ve experienced how isolating and anxiety provoking the experience of developing a documentary can be. They call it independent film for a reason.

The D-Word (a world-wide online community for documentary professionals) recognizes the chronic hardship experienced by filmmakers and, upon the suicide of one of their members, partnered with NYWIFT to create a panel discussion “Mental Health and Career Sustainability in the Doc World.”

The panel, which took place on Tuesday, March 31st, was scheduled weeks ago before the peak of the COVID-19 epidemic. As a result, film festivals – the main marketing and sales platform for independent docs – were cancelled, productions halted and fundraising dollars are rightly focused on helping the medical community. This brings into sharp focus the mental health crisis that the documentary community has faced for quite some time.

Independent filmmakers rely on financial grants, donations and sponsorships to fund their film. These funds don’t come all at once but in small spurts over months into years. Filmmakers must constantly figure out how to squeeze the most out of their small budget at any one time and often defer taking any salary, and getting healthcare, because paying their crew and handling shooting expenses come first. They often have to wait until after the film is produced and, hopefully, sold into distribution to receive any type of compensation for their years of work. Documentarians work in a helping role, telling stories that need to be told. Ironically, there is no other sector of the industry that expects creators to work while not getting paid.

Filmmaker Heidi Reinberg opened up about her personal struggles losing her apartment a few years ago because it is “impossible for her to make a living,” even though she is considered to be a successful documentary producer. For many, she noted, even winning an Oscar doesn’t automatically make the process any easier. She was embarrassed and afraid to talk openly about her situation until she realized that “shame is what kills people.”

Producer and psychotherapist Rebecca Day shared a story of someone who equated documentary filmmaking to an abusive relationship. The industry gives you just enough to keep you on the hook saying, “we like your project, keep applying for funding. Send us your work sample and you might succeed next round.” So you take out a loan or mortgage on your house to pay for that sample, not knowing if the funding will ever come. It’s the carrot on the stick.

Living in survival mode and keeping it all together for their crew and subjects is what documentary filmmakers are good at, but it often comes at great costs to their own mental health and physical well-being.

In addition to worries over finances and working excruciating hours to keep their project a float, many documentarians deal with very difficult subjects matters. They spend long periods of time diving deep into dark worlds, filming stories of pain, injustice and brutality which can do a lot of damage to their mental health.

Talking about these issues has been taboo in the industry. Filmmakers don’t want to look weak to their production, funders and distributors. There is a lot of pressure to deliver and they worry that divulging too much will scare backers into thinking they can’t get the job done.

Thankfully, panels like this have started to shift the conversation and bring forth some actions, such as keeping unemployment benefits available for 1099 professionals, recognizing filmmakers as small business owners, asking funders to provide more transparency during the grant process, doing a mental health risk assessment at the start of production and providing more development grants that pay in full for work samples and salaries.

In the meantime, what can you do to help yourself? Speak up! Create a support system for yourself. Ask for help. It can be daunting and overwhelming to sift and search through the different resources that may be available to you, so have a friend help you.

As we now turn to music, dance, books, film and television to help get through this time of crisis, hopefully our country will finally recognize the importance of the arts and support those who create it.

If you are interested in learning more, NYWIFT and The D-Word has made the full panel available to screen here:

Please stay at home to keep yourself and your loved ones safe and healthy!

Watch recent NYWIFT virtual programs like this one on our new NYWIFT Programming Goes Digital hub, and register for upcoming virtual programs at www.nywift.org/events. We hope you’ll consider joining our community and supporting our work by becoming a member. 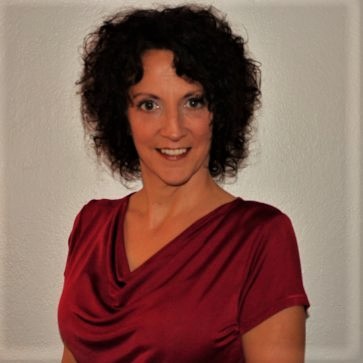 All In: If you haven’t seen All In: The Fight for Democracy yet on Amazon, do it – it’s a must-see, especially now. Filmmakers Liz...