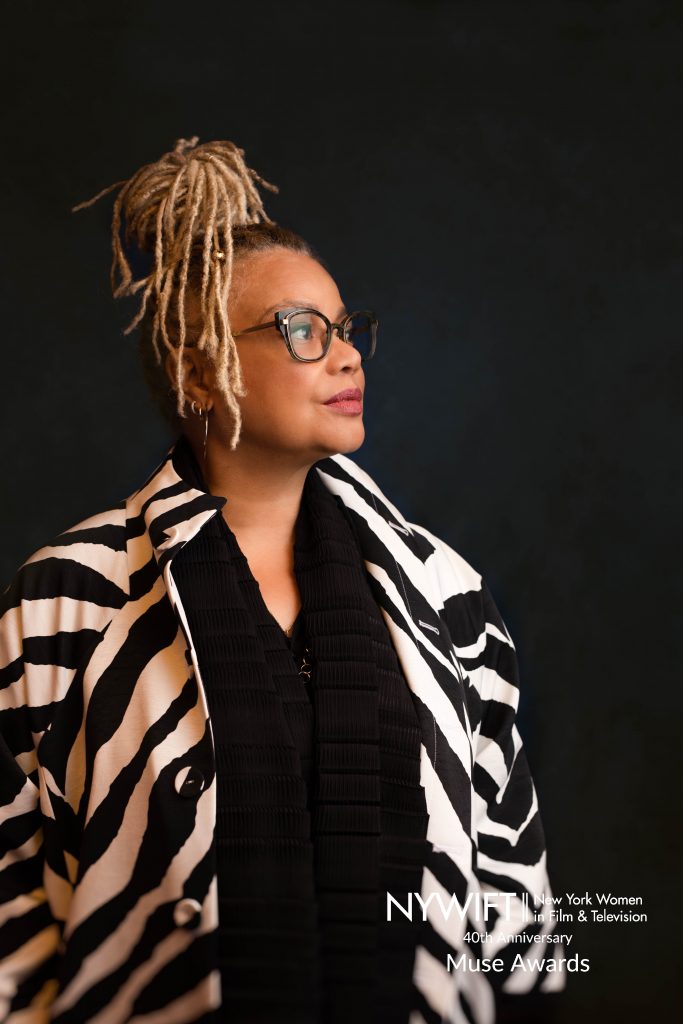 Kasi Lemmons received the Nancy Malone Directing Award, which is named for Nancy Malone, an Emmy Award-winning producer and director, one of the first female directors in television, and a founding member of Women in Film in Los Angeles who dedicated her life to women’s advancement in TV, film and digital media.

Lemmons is an award-winning director, writer, actress and professor who has been a staple in Hollywood for nearly three decades. She began her career with the acclaimed 1997 feature directorial debut, “Eve’s Bayou”, which was recently inducted into the National Film Registry. She received the Independent Spirit Award for ‘Best First Feature’, and a special first-time director award by the National Board of Review.  Lemmons’ sophomore feature, “The Caveman’s Valentine,” opened the 2002 Sundance Film Festival, while her third film, “Talk to Me,” earned the 2008 NAACP Image Award for outstanding directing. She also adapted Langston Hughes’ musical “Black Nativity” for the big screen in 2013. Her latest opus is “Harriet,” a deeply resonant drama based on the life of American icon Harriet Tubman starring Cynthia Enviro.

As an actress, Lemmons appeared in such notable films as Jonathan Demme’s “Silence of the Lambs”, John Woo’s “Hard Target”, and Spike Lee’s “School Daze.” Lemmons has worked extensively as a mentor and educator and currently serves as an Associate Arts Professor in the Graduate Film Department at New York University’s Tisch School of the Arts. She has shared her passion for writing and teaching with institutions across the world, including Yale University, MIT, USC, UCLA, Los Angeles Film School, and The University Pristina Film School in Kosovo. She has served on the board of Film Independent since 2004. Along with Academy-Award nominated composer Terrence Blanchard, Lemmons recently added librettist to her formidable body of work, creating the stage adaptation of Charles Blow’s New York Times bestselling memoir “Fire Shut up in My Bones,” for the Opera Theater of Saint Louis.