The award-winning journalist and producer Marquita Pool-Eckert began her career journey at WABC-TV in New York. She continued on to WNET/13 Public TV to then finally making her way to CBS and becoming the senior producer at CBS News, overseeing production at CBS Sunday Morning. During her 30-year career, she has accomplished many different feats. From winning Emmys for her work in The Bombing of Beirut, The Black Family-A Dream Deferred, Racism, Pan Am 103 Crash, and Diana, Princess of Wales, to name a few, as well as receiving the Muse Award from the New York Women in Film & Television. She has fulfilled goals and broken boundaries by being chosen as one of the top 100 Professional Black Women and joining the New York Association of Black Journalists.

“Even if you don’t know them well, there is an immediate connection.” A quote taken about six years from the successful journalist on the women from NYWIFT, showing her winning personality and love for her work and peers. 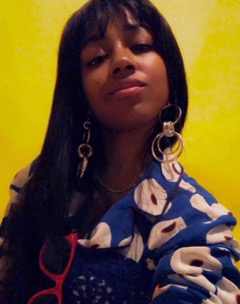 Melissa Belardo is a freelance stylist and actively working in the theatre of the New City as well as an active NYWIFT member. Learn more on her website www.melissabelardo.com Follow her on Instagram @_vision_me_

View all posts by Melissa Belardo

Mindy Kaling: CBS Sunday Morning profiled Mindy Kaling, who spoke candidly about not seeing people like herself represented on screen, and how her new film...

Director Disconnect: While the call for diversity in Hollywood is getting more bandwidth than ever, the movement toward inclusion is still not reaching the director’s...