For 17 years, NYWIFT has joined with the Hamptons International Film Festival to present the annual Sunday Brunch and co-present the Women Calling the Shots short film showcase – all in celebration of the outstanding achievements by women filmmakers at the festival.

NYWIFT caught up with two filmmakers who attended the brunch (quite literally while running to the next screening in East Hampton) and asked them, “What’s in your toolkit?”

First up, Grace Kim, director of An Interloper’s Kiss! 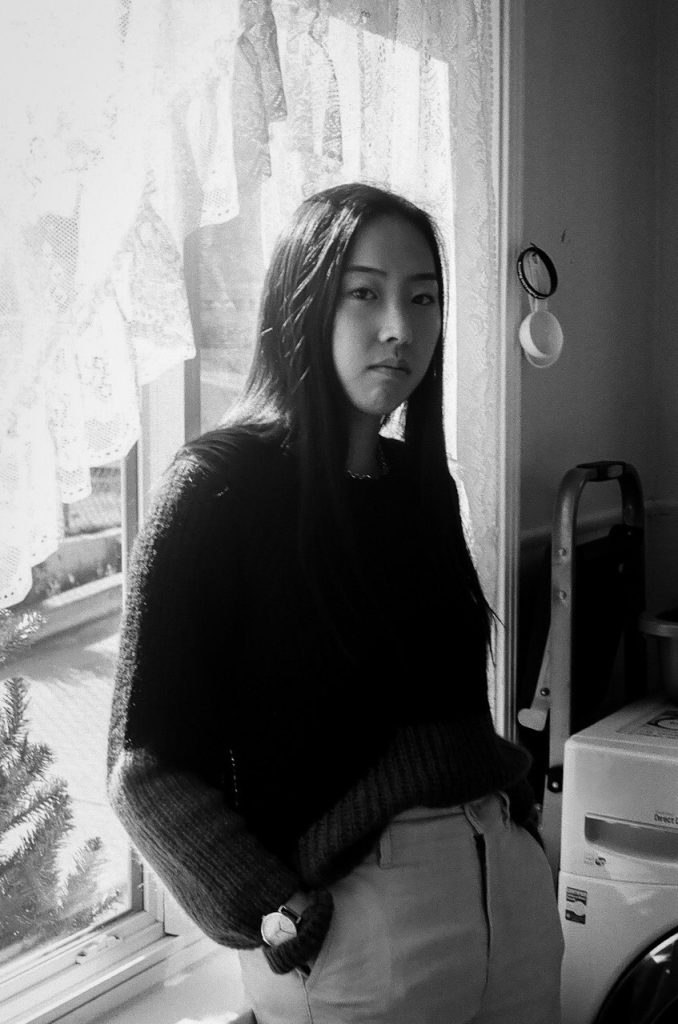 What is the one thing you can’t live without in production?

Storyboards are an essential part of my toolkit. I need the visual reference. More than the shot list, I look at the story boards on set for composition, lighting, etc.

What do you eat on set?

I don’t eat candy or bread. I don’t like anything heavy. I mostly eat dried apricots and fruit.

What do you do to help de-stress?

I’m not usually too stressed on set because I’m hyper focused on the work. But I do like to do yoga or a quick jog – anything to get the blood flowing.

What’s the most out of the ordinary thing in your toolkit?

I always have a journal so I can write or draw. I always bring lavender essential oil because that’s supposed to be relaxing.

Grace Kim’s experimental short film An Interloper’s Kiss (pictured above) was featured as part of the Women Calling the Shots short film showcase presented by NYWIFT and the Hamptons International Film Festival. She was recently announced as one of the recipients of Viacom’s Viewfinder: Emerging Directors Program, which provides directors with underrepresented voices an opportunity to enhance their skill set and grow their network. From October to December, Grace will head to Los Angeles to shadow directors for shows on Paramount TV.

What can independent producers learn from farmers and bakers? A lot more than you might think, according to NYWIFT member Jane Applegate.

In advance of the Fall 2019 premiere of her new BRIC TV series "All Hail Beth," showrunner and NYWIFT member Misha Calvert sits down with Leah Curney to discuss power dynamics, how to pitch your project, and how she makes connections in the business.

How I Built a Distribution Plan at Film Festivals

NYWIFT member Lara Stolman reflects on her unique path to success with her documentary "Swim Team" - using film festivals to expand her audience and find unique opportunities, even after the film's television debut.