I’ve known Verena Gräfe-Höft for almost a year now – she was one of the first Women in Film & TV women I was introduced to upon moving to Hamburg, Germany, last year. Verena is one-in-a-million: kind-hearted, genuine, a mother – and an amazing producer. Immediately, she took me under her wing and, being the connector and do-er she is, introduced me to other Women in Film & Television in Hamburg right away.

Last winter, after attending my first local representative board meeting for Women in Film & Television, Hamburg (every meeting is at a local Italian restaurant, complete with pasta, wine and espresso!) Verena said that she had to rush back to the editing room – her team had a quick deadline to meet to turn in the rough cut of her latest feature film.

“Oh, okay.” I answered. And left it at that. I had to – Verena was already out the door. 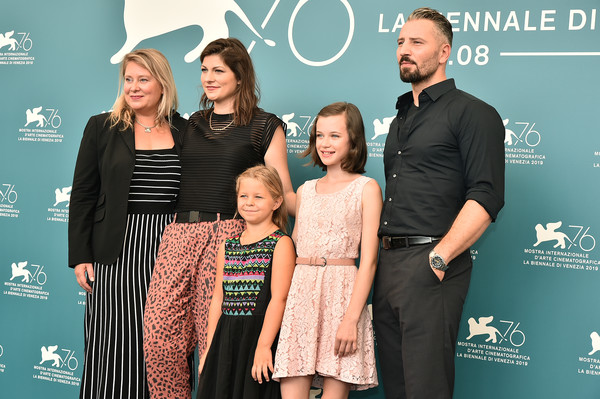 I caught up with Verena just a day or two after she had returned from Venice and a day or two before her flight to Toronto:

Heidi Philipsen: How did you get your start in the biz? And what do you do today?

Verena Gräfe-Höft: I started off as a journalist for radio and television and have worked in the media business now for about 28 years. In the beginning, I also worked as a film critic. Upon pursuing my master’s degree in American Literature and Social Studies, I wrote my final master’s thesis on American female friendship films of the 90s, starting with Thelma & Louise.

So long before I went after my second master’s degree in Creative Producing at the Hamburg Media School, somehow, this topic of the empowerment of women in film was already on my agenda.

Now, for the past 10 years, I run my own independent film production company, Juna Films. My core business includes the development, financing and packaging of feature films from directors around the world. 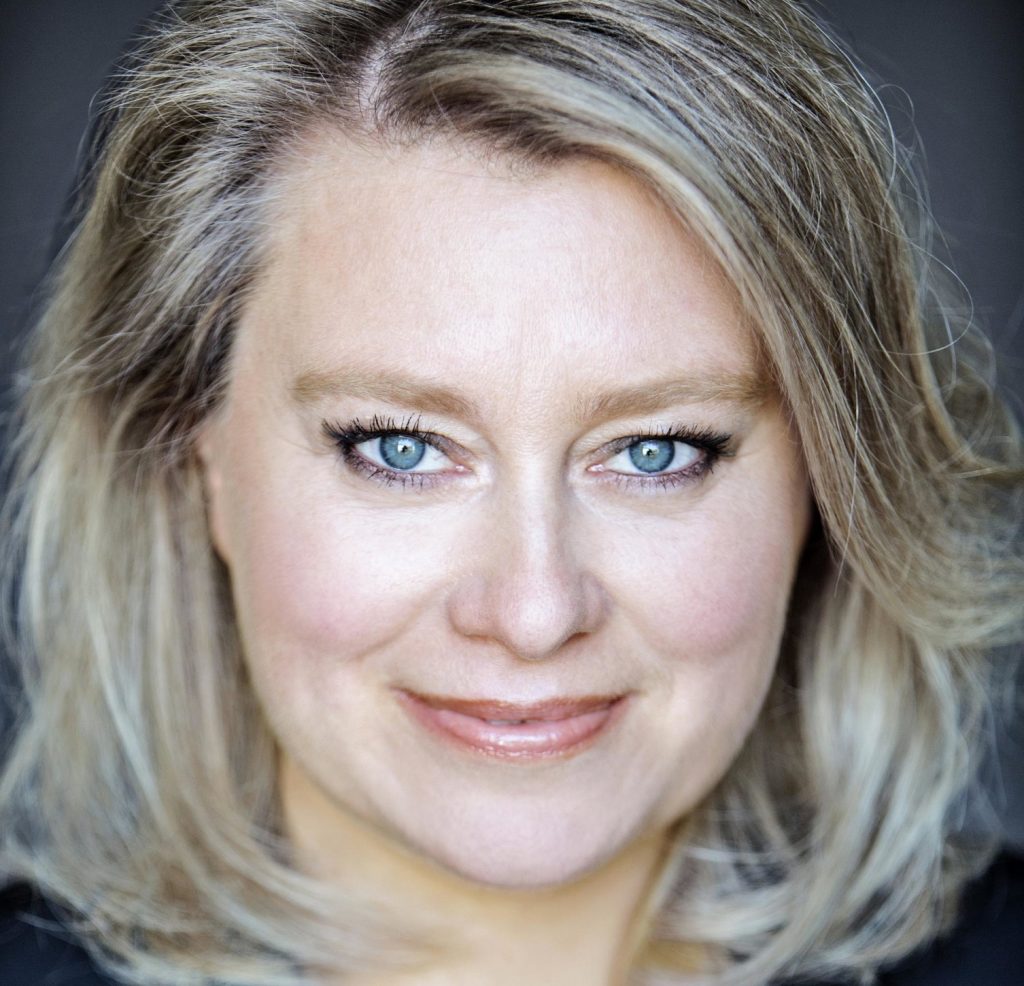 What was it like being a woman in film & TV when you started out?

My first job was an internship at a local radio station in Hamburg and there it felt like working with friends and family. So, I had a very good and positive start in the media business.

But as time went on and I also started working as an anchor for television, I noticed the obstacles that a young woman in the business has to face. When I entered the film industry, I was already in my mid-thirties and more experienced, so that helped me to stand my ground.

That was also the first time I experienced support from an experienced professional woman in the field – she became a sort of mentor for me and the fact that she believed in me was very empowering.

What inspired you to start WIFT Germany Hamburg?

The inspiration to start a WIFT chapter in Hamburg and, thus, be part of a bigger network (WIFT Germany) was, actually, the most logical next step.

As mentioned, I had written my master’s thesis on female friendship, networking and the female gaze. Reading all of those amazing books stirred up my thoughts during my university years. Thus, when I founded my company, I produced my first feature film with a female director who I had met in film school.

Nothing Bad Can Happen (Tore tanzt) premiered In Cannes in 2013/Un certain regard, and was a huge festival success.

Honestly, looking back at it now, I just did what I felt was quite natural for me, but I also realize that an all-female director/producer team is anything but common.

Back then, in 2013, people were reacting oddly to this “phenomenon” and that really made me think.  And then,  WIFT GERMANY invited us to Berlin to show the film, which was when I first time I had ever heard of the organization. But it took me a couple of years until I decided to open up a Hamburg chapter of WIFT Germany with two other women in the industry. 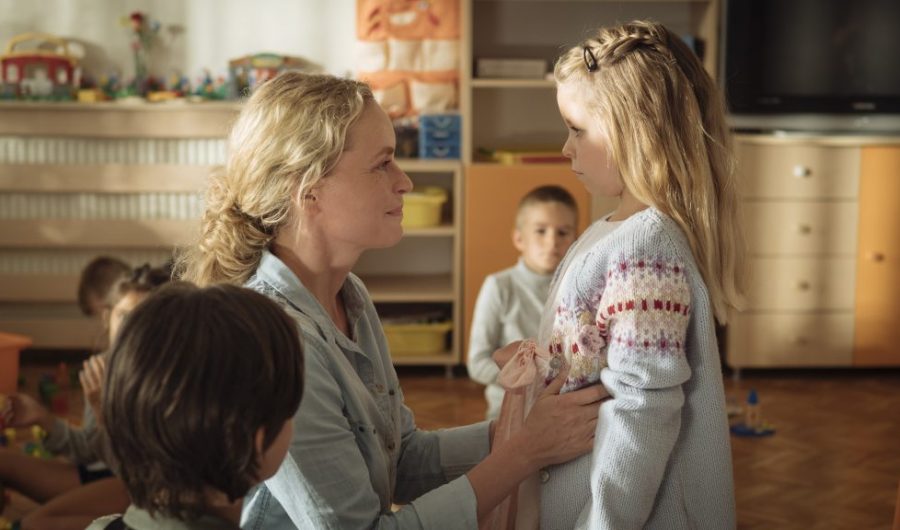 What are your goals for the Hamburg Chapter of WIFT Germany?

I just love to connect people. And I have always seen how such networking works for men. I’ve dreamed to be part of such a club. Now, I am a part of such a club, and I appreciate it because I hope that generations after me will have a much easier start.

What, if anything, is the difference for WIFT in Germany and WIFT in … say… France… or the USA?  What are women professionals in Germany going through?  What are your challenges?

I think that the challenges that women have to face are quite similar no matter where you live or work. So, to connect and support each other is important and also to make the film work of women more visible and seen.

What have been the changes in the industry locally since you started WIFT Germany Hamburg?

The idea of getting together on a networking base to exchange thoughts and be supportive – and the awareness that we are all in the same boat – has changed [for the better]. The #MeToo debate pushed it also further so it was a good time to start.

You have a daughter just as I do. What are your aspirations for your daughter in the future? What do you hope that she can take advantage of (that you had to fight for)?

I want my daughter to be able to build upon a network and supportive surroundings – that is what I have hoped for and I believe it is already working.

With two of her girlfriends, she already started to write a little story. She admires actresses such as Helena Bonham Carter, Kate Winslet, Nina Hoss and Emma Watson – all of them she came to know of through empowering films where they played powerful female characters.

And she wants to create more diverse leading roles. She thinks that our society is not paying enough attention to diversity. She is only 11 and so much smarter than I was at that age.

What are your own professional aspirations? Where do you want to be in five years? In ten?

I would love to get my high-end drama series Element Lost made. It combines the elevated genre with a strong female lead and a modern, socially political meta-level – and is entertaining at the same time.  It seems almost impossible to see it as anything other than a major studio or big company-made series, but I live by the motto “she believed she could – so she did.”

I think one needs to have dreams and goals even if they seem out of reach.

For those in Germany, save the date for WIFT Germany – Hamburg‘s Transatlantic Empowerment event, part of Film Fest Hamburg: 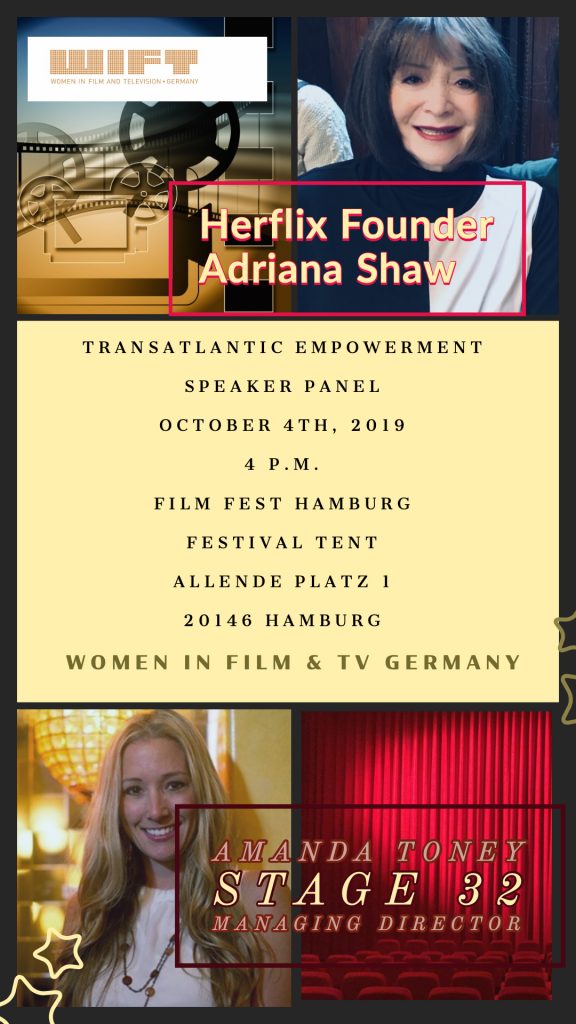 Heidi Elizabeth Philipsen-Meissner is a producer, writer, actress & director with 20 years of professional experience in international film, television and communications. Follow her on Twitter at @heidiphilipsen.

View all posts by Heidi Philipsen

Amy Emmerich, Chief Content Officer, Refinery29, launched Refinery29’s video business, which includes the critically acclaimed series Strangers, the Webby-award winning mini-series The Skinny as well as their Shatterbox Anthology film series, which was created to cultivate and spotlight the voices of women directors, telling stories outside the narrow lens of this overwhelmingly male-dominated industry.

Rule Breakers: Listen to NYWIFT member Jennifer Fox and Board President Simone Pero, writer/director and producer respectively of The Tale on the “Rule Breakers” podcast....