NYWIFT member Jill Salvino is an accomplished storyteller and commercial director with over 200 awards to her name, including an Emmy. But one of her proudest accomplishments is also one of her most recent – her feature documentary directorial debut Between the Shades. Profiled in The New York Times in April under the quippy headline “How Gay Are You?” the documentary asks just that, yet so much more.

Between the Shades presents 50 intimate conversations exploring the many different shades of being “gay” in America, focusing on the degrees and varying perceptions about how people define themselves, their lives, struggles and triumphs. After many festival screenings, the film is now available on iTunes and also has had an educational release in schools, libraries and churches hoping to spark dialogues about inclusion and understanding.

Jill Salvino spoke to us about the process of making the film, working with her documentary subjects and what she hopes to accomplish with the film’s educational release. 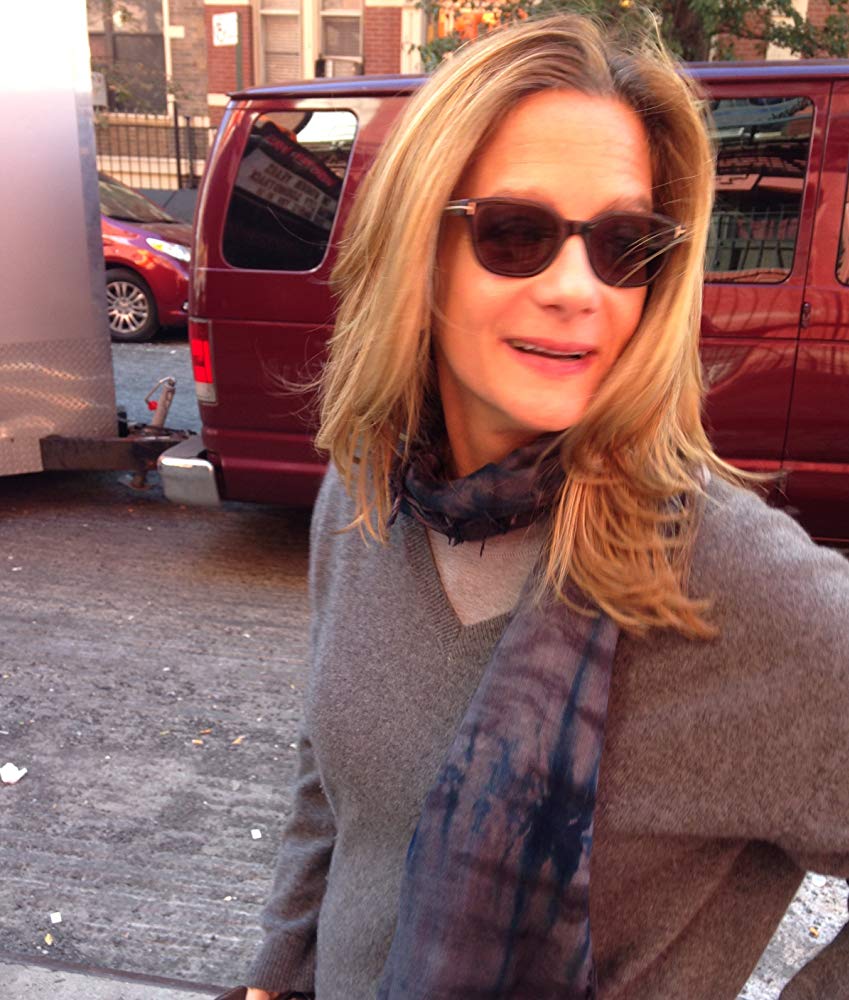 Between the Shades director Jill Salvino

This is your first documentary! Can you talk a little about the transition from brand marketing and directing commercials to working on Between the Shades? Have you found your past experience useful/applicable to working the documentary space?

Building brands and telling stories led me to the space I am in right now. Commercials taught me the true value of a moment. Thirty seconds to be exact. Not having such a strict time constraint anymore is a gift that allows me to let moments breathe more naturally.

What inspired you to make this documentary?

It was inspired by a conversation with a friend about all of the different shades of gay that exist. I wanted to examine that and then the premise just grew and expanded to LGBTQIA. People that came out 50 years ago and people that came out yesterday—what they faced and what they feared—people in love and people never in love—how we label people and how they label themselves. Truth be told, we are all the same. At the end of the day… everyone just wants to be loved. 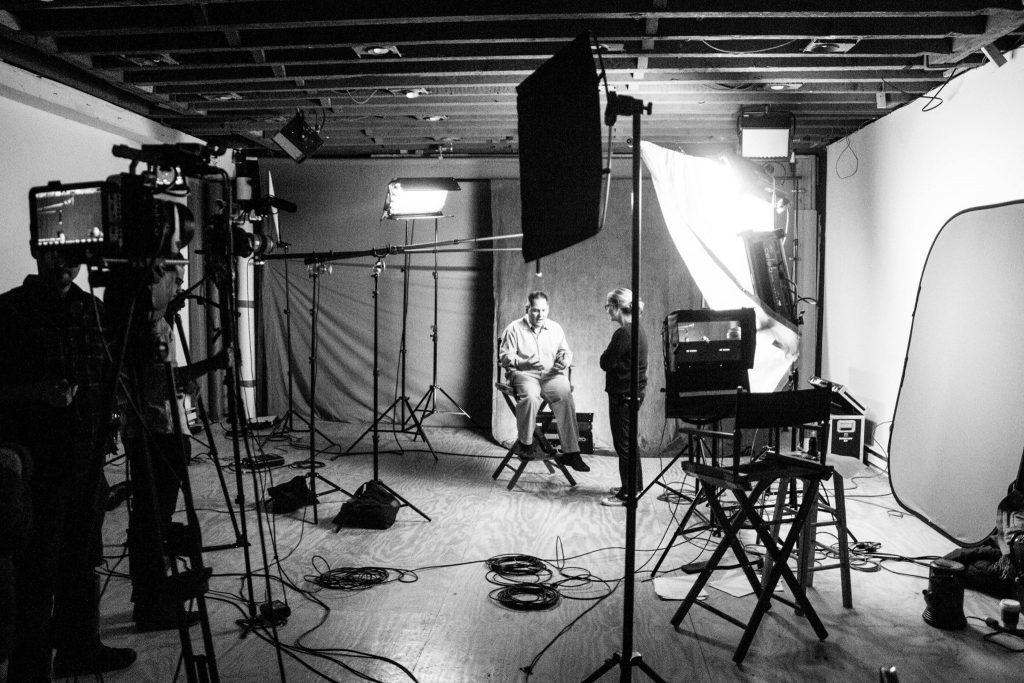 Vincent Ford and Director Jill Salvino on the set of Between the Shades.
(Photo by: Ighor Melo, Red Line Studios NYC)

How long did you work on the film?

One year from shoot to festival entries. I’m still doing educational screenings and talks, working with my distributor (Passion River) and schools, LGBT organizations and churches so I suppose the work is ongoing and still incredibly rewarding. This film has become one of the things I am truly most proud of in all of my years in the industry.

Gender and sexuality can be a loaded subject, but you were able to get the people featured in the film to really open up. Do you have advice for other documentarians on how to build that trust?

Create a safe space. Do your homework on the souls you are speaking with and what they are comfortable with. If you don’t cross any boundaries, chances are that they will.

What were some of your favorite moments from making the film?

Probably when two of my favorite celebrities came at almost the same time. Beth Malone (Fun Home) and Kathy Najimy. Beth’s Angels in America rehearsal was rescheduled and she needed to come to the shoot earlier than planned. Talk about pressure. 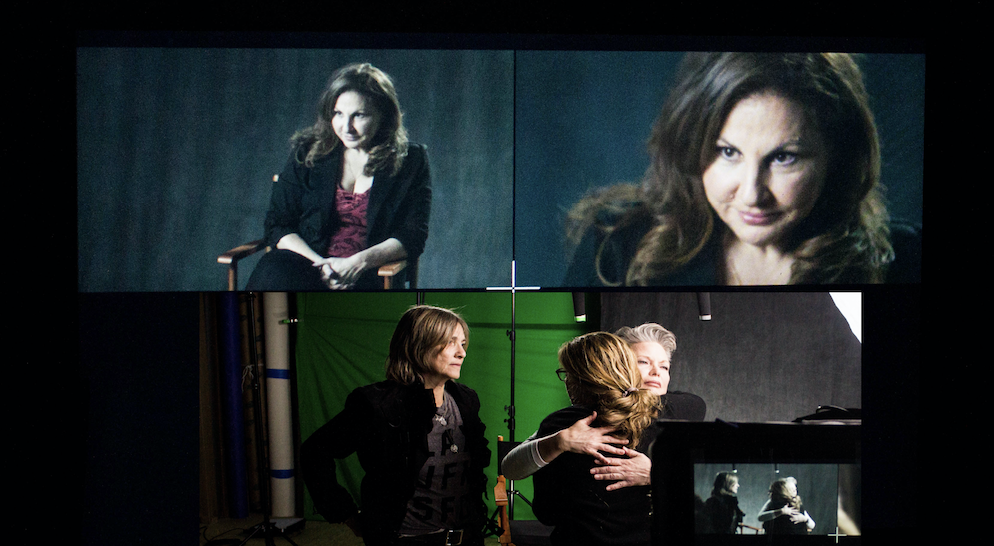 What did you personally learn about human sexuality as you were working on the film?

That sexuality is fluid in the sense that it is evolving. Society is shifting as it has in the past and will continue in the future. Both politically and socially. There is love and there is hate. Acceptance, compassion and sometimes defiance to adhere to a label. There are rules when it comes to the heart.

The film is now available in over 200 schools and libraries. Was an educational release always a goal for this film?

Not in the beginning but after about the 10th festival talkback I knew it needed to be. There are kids out there that need to hear from people who can be role models and understand that they are not alone. I am thrilled that the film is doing so well on the digital platforms but nothing pleases me more than the first 90 days that was pure education. I mean, come on, we got [the film] into Ivy League schools. My mom would be so proud!

Have you gotten any feedback from students or teachers?

The New York Times article [about the film] interviewed some Columbia students. I spoke with one who was thankful for the conversation and eager to have more like it around campus. I think the film allows families to also have this conversation in a way that is more comfortable for them. I’ve gotten some thank-you notes from high school students in the Midwest where perhaps this is needed most. My distributor is working with The Out for Safe Schools initiative where we were just invited to be a part of their program. This will impact nine school districts in eight states. To me, that is a home run.

How long have you been a member of NYWIFT? Did your experience as a NYWIFT member impact the process of making this film in any way?

About six years. I attended lectures on rights and usage, crowdsourcing and distribution. Tried to absorb as much as I could and then crossed my fingers and leaned into NYWIFT for help with getting the word out … and they did.

I am working on adapting a book into a short that I am slated to direct. The [2019 Oscar-winning live action short] Skin really inspired me to write and direct a film that delivers a strong message in a tight story. Whole is a story about a Jewish man who escaped and lived in a hole for 14 days with the assistance of his former concentration camp guard. I am also developing two docs but they will be over a period of time. Like life.