In the throes of finals and gearing up for next semester, we had an opportunity to talk shop with the Director of the Stony Brook Killer Films MFA in Film program (& NYWIFT member) Magdalene Brandeis  about how the program is turning the film school model on its head.

You launched the MFA in Film in 2015-2016. You’re now in your third year. Congratulations!

Magdalene Brandeis: Yes, thank you. We are indeed in our third year, and this is when it starts to get exciting! Our students are now winning grants and workshops. We’re seeing both directing exercises and the programs’ first feature films appear in big festivals internationally. Our TV scripts are winning competitions, and a group of third year film students launched their own film fest just this past month! And, for the second year in a row, we made it on The Wrap’s Top 50 Film School’s List.

Love the program’s tagline, “turning the film school model on its head”. Tell us more.

MB: First of all, the whole program, while being the brainchild and ferociously supported by Stony Brook Southampton Arts’ Associate Provost Robert Reeves, has been built almost entirely by women. We launched with seed money endowed to the program by the phenomenal Dorothy Lichtenstein and we partnered with a legend in the indie film world, Killer Films’ Christine Vachon. Christine had taught at film schools all across the nation and had grown frustrated at students not learning the reality of the business today. She wanted to form a new model with us, one that wouldn’t land the students in crushing debt, but would give them the tools they needed to make film, visual storytelling and content-making a livelihood. With Dorothy and Christine, I thought we had a strong footing to start amassing a team that could build the program…and it turned out to be an amazing one.

Pam Koffler, Christine’s partner at Killer, oversees our internship program across the country and holds one-on-ones with those students coming into on our new Producer Track. Impact producer Simone Pero (whom you all know as NYWIFT’s president) helped us link with all the state and government organizations and guilds and teaches Marketing and Distribution. Screenwriter/director Jennie Allen mentors our students as they find their voice; she also brings in early career guests so the students can see where they are headed (Livi Newman, Netflix film First Match; Rachel Israel, Keep the Change). 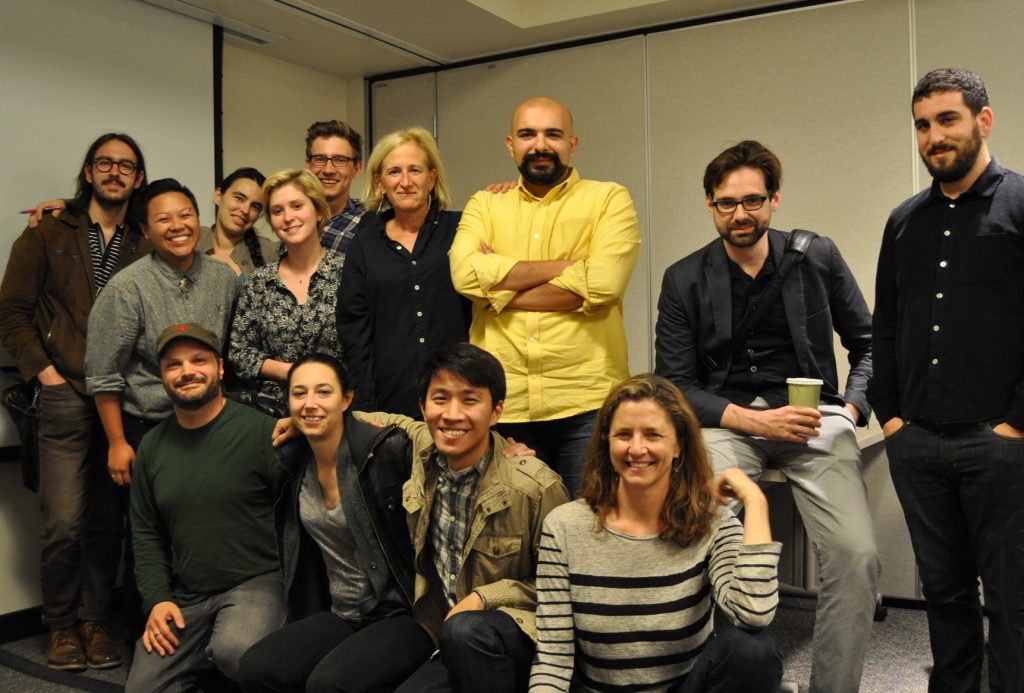 And, now looks like you’ve expanded into TV Writing?

MB: Yes! Two years ago we launched a fully dedicated TV Writing track designed to enable students to build the TV writing portfolios that can launch their careers.  We recruited renowned professor Alan Kingsberg who originated the TV writing curriculum at Columbia’s MFA, and he’s brought in award-winning veteran writers and showrunners like Soo Hugh (Pachinko, The Terror),  Liz Sarnoff (Barry, Deadwood) and Bryan Goluboff (The Affair, Blue Bloods). We also have the award-winning director Kris Lefcoe (Giving Up, Tiny Riot Project) teaching a web series class where TV writers direct and produce their own content.

By the end of the program, the TV Writing MFAs have written at least three pilots and directed a produced webisode to give them the portfolio to enable them to get staffed on network, cable and streaming shows.

Wow, that’s quite a start. How are the students responding?

MB: Besides the festivals and awards we are now seeing from our alumni, we are continuing to keep our ear to the ground on how to best meet the needs of today’s film-school students. We are small enough and nimble enough to respond to students’ wishes. We’d hoped to launch the program in Southampton, where we have a real campus and space with 77 acres, a windmill, multiple buildings, and a library. Not to mention the ocean and beautiful landscape. But the students want to study in Manhattan, so we have a 2000 SF production space here. It’s like an indie production company/film school. We still use Southampton in the summer, too. We just got back from and Acting for Directors intensive where 20 students stayed in the dorms for a full-on immersion in acting and directing actors. 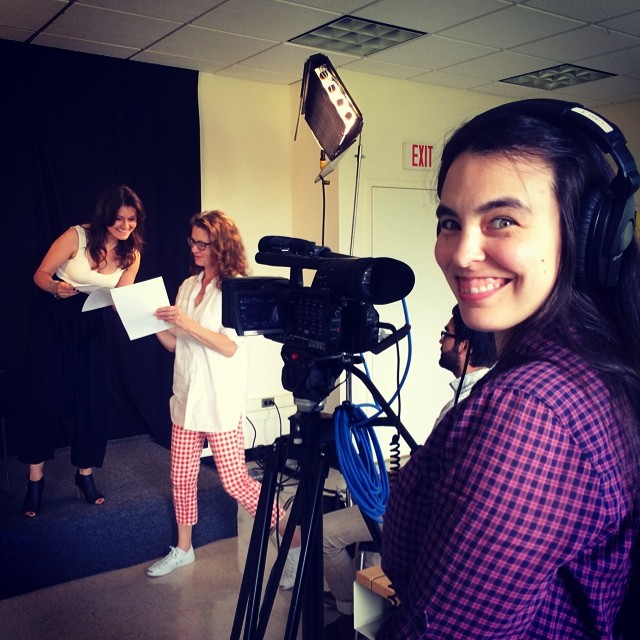 As you know, at NYWIFT we focus on advocating for equality. How do you see your program helping with the pipeline of women coming into the industry and recognizing a diversity of talents?

MB: I actually got an interesting email the other day from a woman who was researching film schools. She said she’d never seen anything like the number of women we have in leadership positions in our programs. Of course we have fabulous men on the faculty – such as Killer’s development exec David Hinojosa, who oversees theses and teaches financing, and Lenny Crooks, who ran the UK Film Fund and has worked with fabulous directors such as Andrea Arnold and Lynn Ramsay.

But with Christine as Artistic Director, our students have, since the inception of the program, been exposed to accomplished women in the industry – from cinematographers Ellen Kuras and (now director) Reed Morano, to director Mary Harron and producer Effie Brown. The diversification of sources of clips used and screenplays read as teaching tools has always been a requirement, too. We aim as much as possible to bring a wide range of perspectives into the classroom.

Through Stony Brook’s Turner Fellowship, we have a generous diversity scholarship. I also teach a viewing and “writing the coming-of-age story” class that looks at the coming-of-age arc when taken out of the hands of the young white male. Lenny Crooks teaches a Dogme workshop to remind students of the visual storytelling medium’s purity.

What’s new for you in the upcoming years?

MB:  I’m super excited about the launch our new Producer Track for Fall 2019.  The degree modification just got approved by the State Education Department. Our faculty is so producer-strong, it’s the most natural thing in the world for us next. After the rigorous lockstep first year of our program ⎯ where all students must write and direct and produce a short film and learn to act ⎯ producer track students will take a deep dive into production best practices with Christine, marketing and distribution with Simone, financing strategies with David, how to give story notes as a producer with former writer’s agent producer Annette Handley Chandler, and one-on-one mentorship with Pamela Koffler. It has the potential to be a very strong track, and the applications we’re getting are amazing. 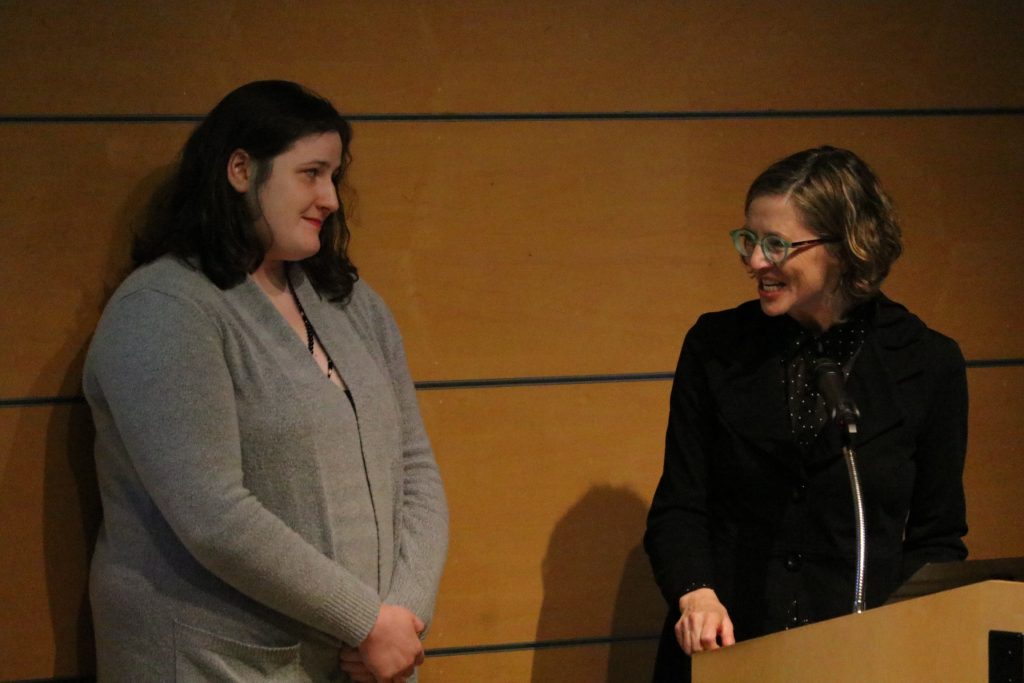 Can you give us a bit about your career trajectory and what advice do you have for women?

MB: I’m a late bloomer. Through my twenties and thirties, I kicked around traveling and living in Paris, and cooking macrobiotics for people with cancer and AIDS while writing plays and acting. I moved to L.A. took temp jobs, became a development assistant, veered into the adaptation of French screenplays, then producing for TV, then I ran a non-profit which offered a humanities education to low income adults. After that, I got my bachelors and masters degrees, all the while keeping my pen moving as a writer. I’m just about to send my new novel to my agent, and then plan to write the pilot episode of the same story. Building an excellent and affordable masters degree program around visual storytelling has turned out to be something that harnesses all my passions. I’m so grateful to have found the right people! Luckily, at Stony Brook, we have.

Applications are currently being accepted through July 15, 2019, for Stony Brook’s Fall 2019 MFA in Film and TV Writing cohorts.