Whether you’re cast in a project that shoots abroad or you’re a producer on a quest for locations and tax credits, we’re all finding ourselves traversing the globe more than ever. Getting to know (and joining) our sister Women in Film & Television organizations around the country and the world can be a resource of unending value. From the quickest route to crewing-up with talented women to taking advantage of great events and programing, WIFTs around the world expand our networks and our horizons.

Since 1986, the Berlin International Film Festival has presented the Berlinale Camera to film personalities or institutions to which it feels particularly indebted and wishes to express its thanks.

Marking the 40th anniversary of the IFP (Independent Filmmaker Project), Sandra Schulberg, IFP founder and a long-time activist on behalf of filmmakers working outside the Hollywood studios, was awarded the Berlinale Camera for her 40 years of service to the field at the EFM (European Film Market) on February 8 at the Gropius Bau Cinema.

On Schulberg’s legacy via IFP, Chairman Anthony Bregman reflected, “Today, at long last, inclusion has become a driving principle through all branches of the media world.  The IFP has been a central driver in that launch. Through the films we’ve supported, the filmmakers we’ve championed, and a deeply felt belief that change and progress in the world around us comes from a diverse range of racial, ethnic, religious, ideological and gender perspectives.” 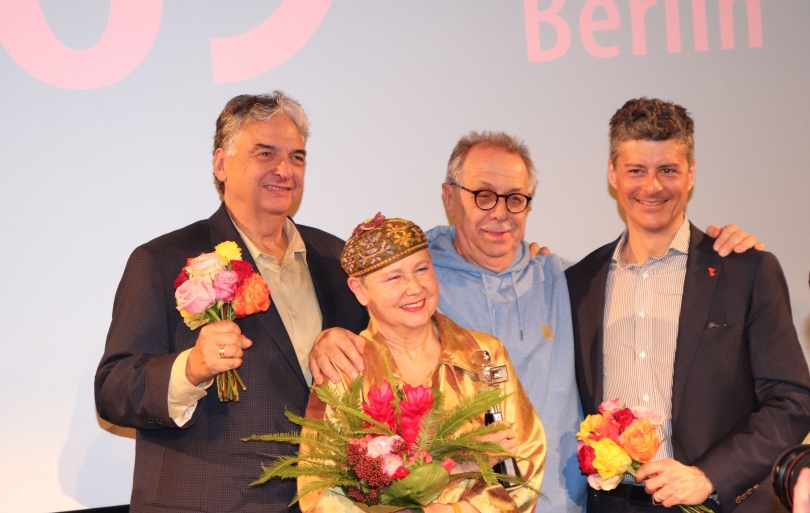 In 2008, in order to address film preservation, Sandra Schulberg launched IndieCollect, a national campaign to save indie films from extinction – and she used her acceptance speech to bring light to its focus and motivate the film world:

“IndieCollect has already indexed about 50,000 films, we have saved about 6,000 negatives, and we have restored more than 30 films – but this is a drop in the bucket.  We have to start to be as concerned about how these films are going to survive in the future, as we are about how they’re made today.”

“I accept this award to start this new battle and I hope you will all join me in this fight.”

Heidi Philipsen: What does this award mean to you right now?

Sandra Schulberg: Well, mainly the virtue of getting an award like this is to harangue people about the next battle – and it’s a big one.

HP: And what is that?

SS: The next fight is to make sure that our work survives because, you know, movies are a little bit like children – they outlive you. But they don’t outlive you if you don’t take care of them.  And there is nothing more tragic than seeing your work die with you. It is a devastating truth. Most films that have been made […] in a digital format are probably going to disappear because the digital format is so much more vulnerable. Now we have a different problem with celluloid. The good thing about celluloid is that it lasted – and has lasted and can last for a hundred years or more. A brand-new print made on celluloid stock that goes straight into cold storage probably has a life-expectancy of 300 years. Your digital files that are saved on this device [holds up a digital storage device], and that drops in the toilet next week – I mean…

HP: I just completed my first feature film not long ago and it’s stored digitally—

SS: And you don’t know how to store it…

SS: It should be worrisome… because these films are going to be lost, so I feel as though I’ve got to light a fire under everybody. It’s what’s compelling me, even though a lot of people my age are retiring, but I’m not… I’m trying to lead the way and help each other solve this problem.

HP: What do you need? What are things you’re looking for [to help with the film preservation cause]? 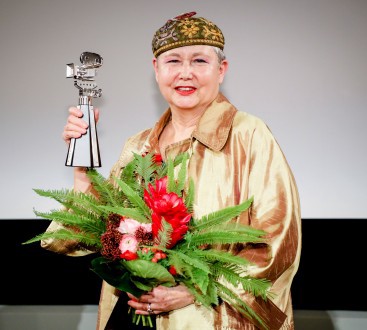 SS: We need a LOT more funding. We all have to start screaming for more money, for both the foundations and the archives. But we also have to become our own archivists led by our own consciousness. There are some interim solutions, like LTO cartridges– have you ever hear of those?

SS: Most filmmakers have not. They have no idea that these three little letters “LTO” could perhaps save them from a hard-drive disaster. If they would just back-up their digital files on an LTO cartridge, they might gain ten, 20, 30, 40 years.

HP: So, this is a good note for Women in Film, too.

SS: It is, absolutely! And the Women’s Film Preservation Fund – which is an initiative of New York Women in Film & Television – is terribly, terribly important. But they are crucially underfunded. They need 100 times more money than they have. I think that politicians and funders respond to numbers. We have to organize ourselves to demonstrate that we have power in numbers, that this is a cause that touches all of us, and that it is also crazy to invest so much money into making a movie and not save an equal amount of money to making sure that they remain accessible. So, this is my campaign. And I’m asking people to sign up You don’t have to pay to become a member, you can just sign up with Indie Collect via Indiecollect.org just to get the newsletter and become educated. That’s where the numbers are. And then we have paid memberships from filmmakers who actually need our services – and that includes having your films inventoried, having your films restored, and a whole range of other services.

HP: This is something that you are obviously also trying to expand around the world, so might any organization look to partner with you, like WIFT Germany or…?

SS: Sure. Some other countries do a better job of this, because there is a national film institute, but we don’t have that in the United States. Our resources are so tiny, so we are focused on saving American independent films, but of course I feel as though we are in solidarity with filmmakers around the world. I mean, in some countries there is not archiving, whereas the national archives are responsible for this – but they need exactly the same kind of self-help that I’m trying to initiate in the U.S.

HP: So, to circle back, I have one last question: What was the fire that you had back then, to do what you did (with the IFP), and how have you kept it burning for so many years?

SS: I probably have to credit that to my parents. They were very, very idealistic and very, very hard-working. And then probably, also to their parents, who were pretty intent on making a better place.

Alongside her advocacy and film restoration, Schulberg has been a working producer, with three of her movies premiering at the Berlinale: Beth B’s Exposed (Panorama 2013), Philip Kaufman’s Oscar-nominated Quills (Competition 2000) and John Hanson’s Wildrose (Panorama 1984). In 2004, the Berlinale also premiered her special series Selling Democracy: Films of the Marshall Plan, curated with Dr. Rainer Rother. In 2010, the Berlinale unveiled her restoration of Nuremberg: Its Lesson for Today (1948/2009), which documents the first Nuremberg Trial and was directed by her father, Stuart Schulberg. It was screened in the Berlinale Special program.

Heidi Elizabeth Philipsen-Meissner is a producer, writer, actress & director with 20 years of professional experience in international film, television and communications. Follow her on Twitter at @heidiphilipsen.

View all posts by Heidi Philipsen