NYWIFT Members use filmmaking to support the next generation of women running for political office
February 21, 2019   |      |   Ashley Jacobson

“Being able to use storytelling and have impact on policy is my dream job. Women helping each other to tell our stories authentically will help shift the needle…Filmmakers have a natural ability to shine light on truth and amplify the voice of their subject.”- Kristina Teschner

On November 12, 2018, just one week after a record 117 women won their races for seats in Congress, seven NYWIFT members came together with She Should Run, a non-partisan nonprofit with a mission to expand the talent pool of women running for office in the United States, hosted by HBO. NYWIFT members – expert filmmakers with experience in documentary filmmaking, journalism, or politically-minded work – met with members of the She Should Run Incubator, a group of emerging and aspirational women who have expressed interest in taking the first steps towards a real run for office, or who are already engaged in a campaign, in their local government. NYWIFT Board President Simone Pero, and Doris Casap, SVP of Film Programming at HBO, spoke to the group about the intersection between creative storytelling and successful campaigning, and how the worlds of film and politics can be closely linked.

NYWIFT member Kristina Teschner, who participated in the program, recently signed on as the Co-Director of Creative Strategy & New Media at the Cabán for Queens campaign, and shared more about the natural evolution between filmmaking and political campaigning. Read below to find out about Kristina’s current career path and how she believes independent filmmaking is part of the future of grassroots campaigns.

NYWIFT: How did you learn about Tiffany Cabán and come to be the Director of Creative Strategy & New Media?

KRISTINA: My creative partner and co-director on Cabán for Queens, Jessie Standafer, already knew Tiffany Cabán personally. They had dinner the evening before the She Should Run, NYWIFT and HBO incubator. During dinner, Tiffany told Jessie she was running for Queens District Attorney (DA). Jessie immediately said she had to meet me and that we’d love to do her campaign video content. The very next morning, I happened to be one of the filmmakers in the incubator where Tiffany was participating as a candidate. It was kismet. 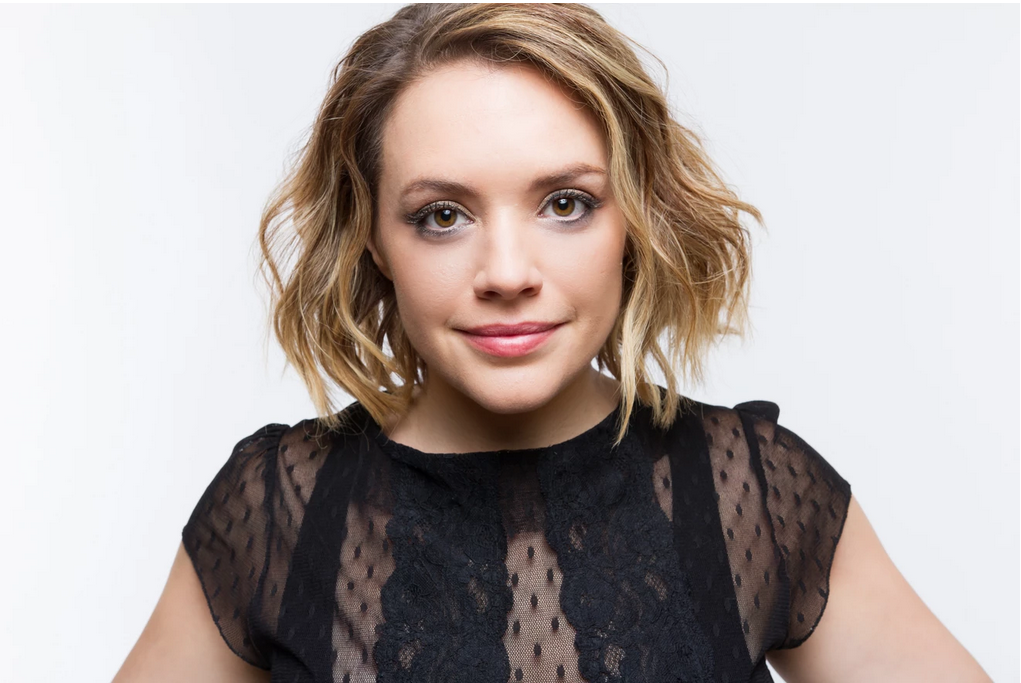 NYWIFT: What are the responsibilities in your role and how does your experience as a filmmaker/producer support the needs of the job?

KRISTINA: My experience as a filmmaker, producer and active citizen is incredibly relevant in this work. Especially, my independent work as this is a people-powered campaign. On a grassroots campaign like this it feels a bit like we are creating our own role and title. We originally came on to do video content. But, it was the very beginning of the campaign and they had a photo shoot scheduled but no one to produce it. So, we jumped in. They didn’t have a social media director or coordinator, so we offered to create the social media strategy and had a successful campaign launch. It seemed like anything around the visual brand and content we became involved in. It happened quite naturally because our experience seems to tap into all of these different aspects. Co-Director of Creative Strategy & New Media seemed to be a fitting title.

Regarding our role in video production, I would say the common approach on campaigns is to focus money and message on one high production campaign video, basically, a trailer for the campaign. However, on a campaign like this, where a challenging aspect is the lack of public awareness that we vote for our DA’s, we need a different approach. I think having a digital strategy and dedicated video team is the way to go. We get to put out original video content every week introducing folks to the candidate, the process and educational videos. A production company like mine can get creative on a low (but growing thanks to donations!) budget.

NYWIFT: What are your thoughts on the role of filmmaking / visual storytelling in the current political climate, and the relationship between women creators and candidates?

KRISTINA: This intersection between women creators and women running for office is thrilling to me. I was already passionate about representation of women and queer folks in media but changing hearts and minds through storytelling can only do so much. Representation in government creates the possibility of changing policy. Being able to use storytelling and have impact on policy is my dream job. Women helping each other to tell our stories authentically will help shift the needle. Plus, the amount of media showing women-identifying people in positions of influence will change what seems possible for the next generation. I want to flood the internet with images of women, queer and minoritized folks living their best lives and having impact by fully stepping into their power.

NYWIFT: How do you see these two spheres of influence (filmmaking & policy/politicians) coming together in the future?

KRISTINA: It’s time to shift the habit of hiring a big ad agency to make campaign videos. I think the agencies are safe and out of touch. The campaign videos as a result feel disconnected and at times, tone deaf. Campaigns who are committed to representing their constituents will most likely insist on being people-powered and include diverse voices and lived experience in all aspects of their campaign, including the digital component. So joining forces with filmmakers makes sense to me. My production company is committed to inclusive hiring and you’re not necessarily getting that with those big ad companies. Filmmakers have a natural ability to shine light on truth and amplify the voice of their subject. We bring a lot of valuable experience and insight because the two worlds are oddly similar from launches to fundraising to community building to marketing, and on and on. It makes a lot of sense for campaigns to have a dedicated video team moving forward and work closely with them on strategy. I’m excited to be a part of these two worlds colliding. Art as activism is my jam.

Ashley Jacobson is a staff member for NYWIFT, joining as the Development Associate in October 2017. She oversees NYWIFT’s Corporate Partners programs and specializes in corporate philanthropy and nonprofit business development.

View all posts by Ashley Jacobson