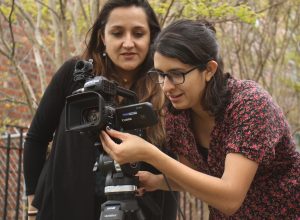 In the winter of 2019, New York Women in Film & Television will present a screening series featuring films about the New York immigrant experience by women directors and/or producers in Staten Island!
No submission fee is required for applications.
Each filmmaker will be paid a rental fee and a small honorarium for their participation in the screenings.
The deadline to submit your film is November 30th, 2018.
ELIGIBILITY:
We are especially interested in films by immigrant and first generation women filmmakers but we encourage women who are not immigrants to submit work as well. Directors must be able to be in New York at the time of their screening. Films must have made within the last seven years.

New York Women in Film & Television (NYWIFT) advocates for equality in the moving image industry and supports women in every stage of their careers. As the preeminent entertainment industry association for women in New York, NYWIFT energizes women by illuminating their achievements, presenting training and professional development programs, awarding scholarships and grants, and providing access to a supportive community of peers