JOIN OUR COMMUNITY BECOME A member 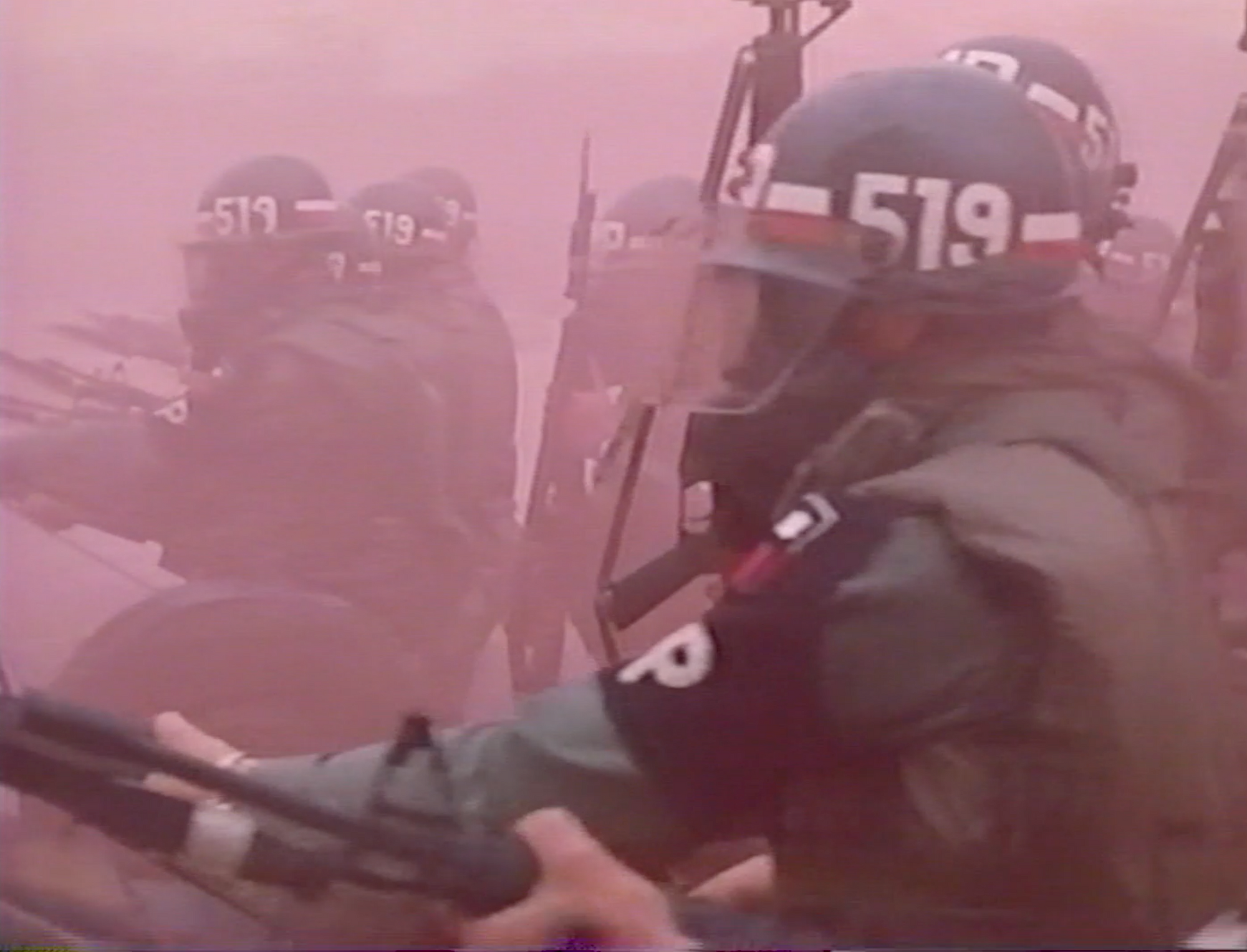 After steady but incremental increases in the percentages of women working as reviewers from 2016 to 2020, the percentage of female critics fell from 35% in 2020 to 31% in 2022, according to a new report by Martha M. Lauzen, Ph.D., Founder/Executive Director, Center for the Study of Women in Television and Film at San Diego State University.

The Global Connections for Women Foundation (GC4W) will honor New York Women in Film & Television Executive Director Cynthia Lopez as one of its Top 100 Women in the World during its virtual program on Saturday, April 9th at 11 AM. These remarkable women exemplify the pinnacle of strength, bravery, industrious leadership, resilience, business acumen, and equity. GC4W continues its tradition to recognize women’s accomplishments in exclusive settings that allow them to celebrate equity, diversity, and inclusion.

In good times and pandemic times, male characters rule in film, according to the latest installment of It’s a Man’s (Celluloid) World, an annual report out of San Diego State University and The Center for the Study of Women in Television and Film, led by Dr. Martha M. Lauzen, which found that In 2021, male characters outnumbered females by almost 2 to 1.

Read more about the findings.

NYWIFT and the National Democratic Institute Co-Present “Representation Matters for Climate Justice,” a panel of political and media thought leaders which will convene as part of the United Nations Commission on the Status of Women on March 22.

New York Women in Film & Television is deeply saddened to announce that former NYWIFT Board Member, longtime NYWIFT member, mentor, educator, and pillar of the New York film community Michelle Materre passed away this weekend after a battle with cancer, surrounded by family and friends.

Read about her incredible legacy.

Read our full statement and see how you can help

Congratulations to the 13 members with films at the 2022 Sundance Film Festival!

Check out the slate.

Visit our NYWIFT Boutique to shop for Muse Awards mugs and apparel!

The Wobblies (1979), which was awarded a NYWIFT Women’s Film Preservation Fund grant in 2003, has been honored with inclusion in the National Film Registry of the Library of Congress.

The NYWIFT Women’s Film Preservation Fund is proud to support the preservation of nine films by women this year.

Read about the projects.

Congratulations to the 30 NYWIFT members with films that played at DOC NYC 2021!

NYWIFT is committed to safer and more equitable working environments for all. We stand by our members and friends in IATSE as they fight for their essential rights as creative workers – for reasonable working hours, fair compensation, adequate rest, meal breaks, and safe sets.

The Writers Lab for women screenwriters over 40 expanded to welcome 16 participants this year, who will bring pilot scripts for the first time in addition to feature length screenplays.

Meet this year’s writers and mentors.

NYWIFT mourns the loss of longtime member and past Board President Linda Kahn, whose decades-long career shaped the trajectory of so many beloved brands and characters in children’s media.

Read more about her legacy.

The 2021 NYWIFT Summit: The Creative Industry Radically Reimagined highlighted best practices of how indies and media companies are restructuring their objectives, staffing, and community response to produce creative projects.

Congratulations to all of the NYWIFT members whose films screened at the 2021 Tribeca Film Festival!

Read more about their projects

The NYWIFT Women’s Film Preservation Fund (WFPF) is nominating two WFPF-preserved films for inclusion on this year’s National Film Registry: Betty Tells Her Story and The Wobblies. Both films explore a diverse range of issues and innovative approaches to filmmaking practiced by women makers.

You can help us by nominating them too!

Letter from the Executive Director – May 2021

NYWIFT Executive Director Cynthia Lopez previews Spring, pays tribute to those in our community who we have lost, and celebrates Ann Roth’s Oscar win with a look back at NYWIFT Archive Project interviews.

Dear Producer has released the results of their first Producers Sustainability Survey. The in-depth report seeks to answer one main question: Is film producing a sustainable career, as it exists today?

The Writers Lab US launches in the UK & Ireland, bringing the only virtual script development program for Women Over 40 across the pond. Cate Blanchett’s Dirty Films announces their support for the UK & I venture, joining US Lab supporters Meryl Streep, Nicole Kidman and Oprah Winfrey.

NYWIFT has partnered with Women in Film LA and Women in Film & Television Atlanta on the Hire Her Back Fund, which provides micro-grants to women in our industry impacted professionally and financially by COVID-19.

Grants are distributed by The Actors Fund.

NYWIFT is pleased to announce the recipients of this year’s Ravenal Foundation Feature Film Grant, Sarah Knight and Signe Baumane, as well as our scholarship recipients.

Congratulations to the winners!

NYWIFT has compiled a list of resources – financial, personal, and professional – for those struggling during the ongoing COVID-19 crisis.

WIFT Around the World

WIFT Around the World: Postcard from Cannes 2022

NYWIFT Member Panayiota Pagoulatos shares memories from her trip to Cannes 2022 - her first time back on a plane since 2019! She met with WIFTI leaders from all over the world and shared this sage advice: "If you find yourself at an international market or film festival—whether it’s the first or the fiftieth time—look for your people. Whether a business partnership comes out of it or not, staying connected, sharing your experiences, and hopefully learning a thing or two, that’s the pulse that will help keep you going in this tough-as-nails industry."

Sophia Loren Heriveaux (b. 2000 – making her one of our youngest NYWIFT members) decided when she was in 7th grade that she was going to be a filmmaker. She is now a director-producer based in New York City and is interested in content of all kinds. Heriveaux spoke to us about her dual Tribeca 2022 premieres - two short films featuring two very different coming of age stories - and her experiences as a multi-hyphenate content creator coming up in the industry.

Journal from the 2022 Tribeca Festival

Tammy Reese recounts her whirlwind experience at the 2022 Tribeca Festival - from screenings to music events, Q&As to red carpets, and more!

Cynthia Lowen’s latest documentary "Battleground" offers an eye-opening window into the anti-choice movement, featuring three women from varying walks of life who have dedicated themselves to rendering abortion illegal. Per the Tribeca website: “Told with restraint and balance, director Cynthia Lowen seeks to clarify rather than condemn, and presents a new point of entry for this challenging topic.” While the film itself clearly aligns with progressive pro-choice advocates (who also appear throughout) it offers a fascinating perspective on the sheer systemic power of the anti-abortion movement and the perilous future, felt painfully today, of Roe v. Wade. "Battleground" was Executive Produced by NYWIFT member Ruth Ann Harnisch and co-produced by member Steffie van Rhee, who sat down with us to discuss the premiere and how this film – from this particular perspective – came to fruition.