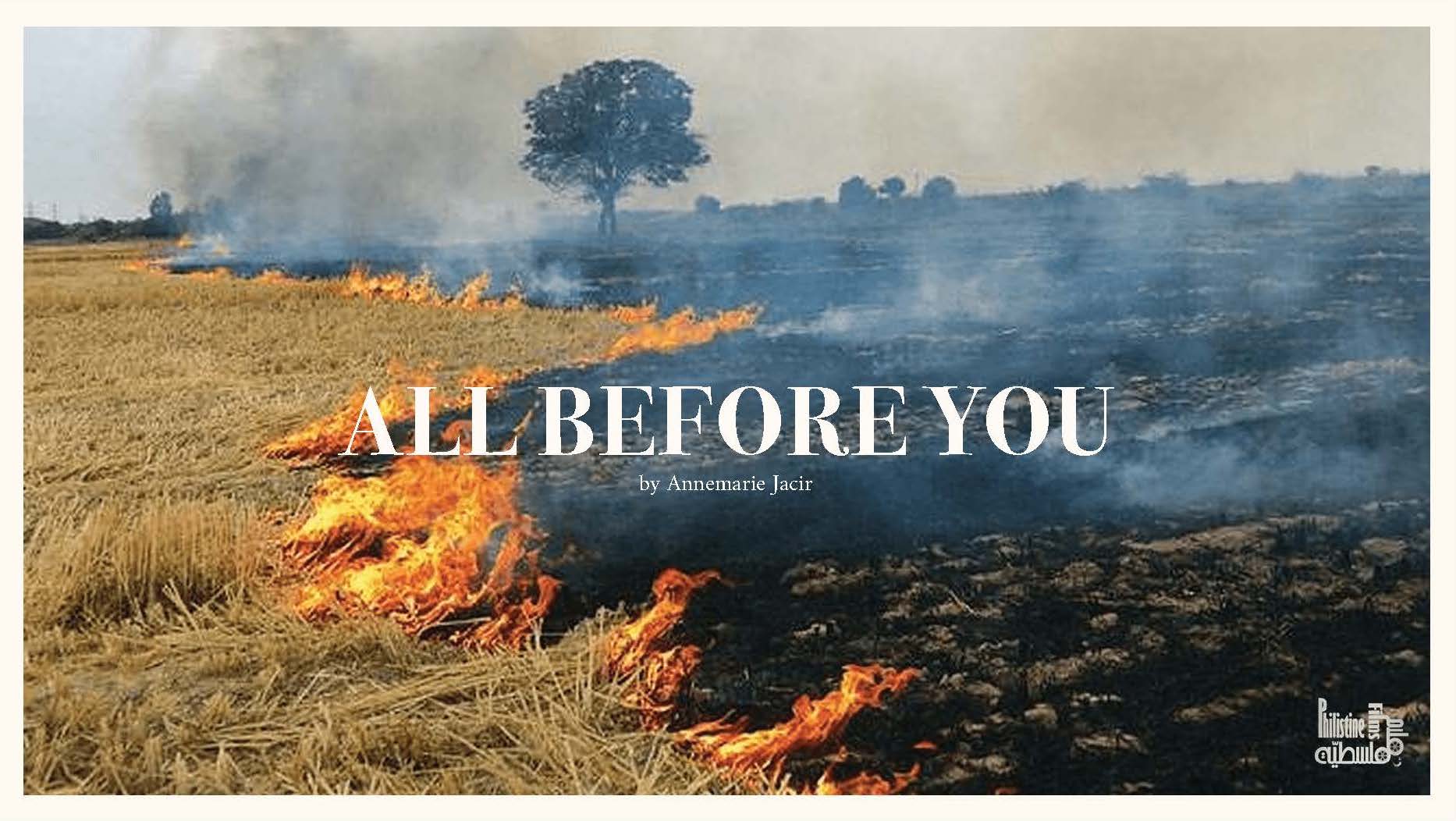 National and cultural identity requires its own story, told by its own people.

All Before You tells Palestinian stories that are both novel and relatable. It is told over a period of four years, 1935-38, the characters are fictional but the historical reference factual. Yusuf is young and restless, interested in getting away from the confines of village life. His story is interwoven with those of a young widow, Rabab, and her daughter, Afra; the rugged, rebel leader Khalid; shoemaker and son of local priest Kareem; and the feisty urbanite Khuloud, and her businessman husband, Amin. All Before You follows their interconnected stories as dissent intensifies and the British authorities tighten their grip.

About the Filmmaker:
Annemarie Jacir has written, directed and produced over sixteen films. Two of her films have premiered as Official Selections in Cannes, one in Berlin and in Venice, Locarno, Rotterdam and Telluride. All three of her feature films were selected as Palestine’s Oscar Entry for Foreign Language Film.
With a commitment to teaching, training, and hiring locally, Annemarie also curates, actively promoting independent cinema in the region. She is a co-founder of Dreams of a Nation, a Columbia University based film project committed to the preservation and promotion of Palestinian cinema. Her company, Philistine Films, supports new voices and offers a platform for the emerging independent Arab film scene. She is co-founder of the newly established artist-run space Dar Yusuf Nasri Jacir for Art & Research in her hometown of Bethlehem, Palestine.